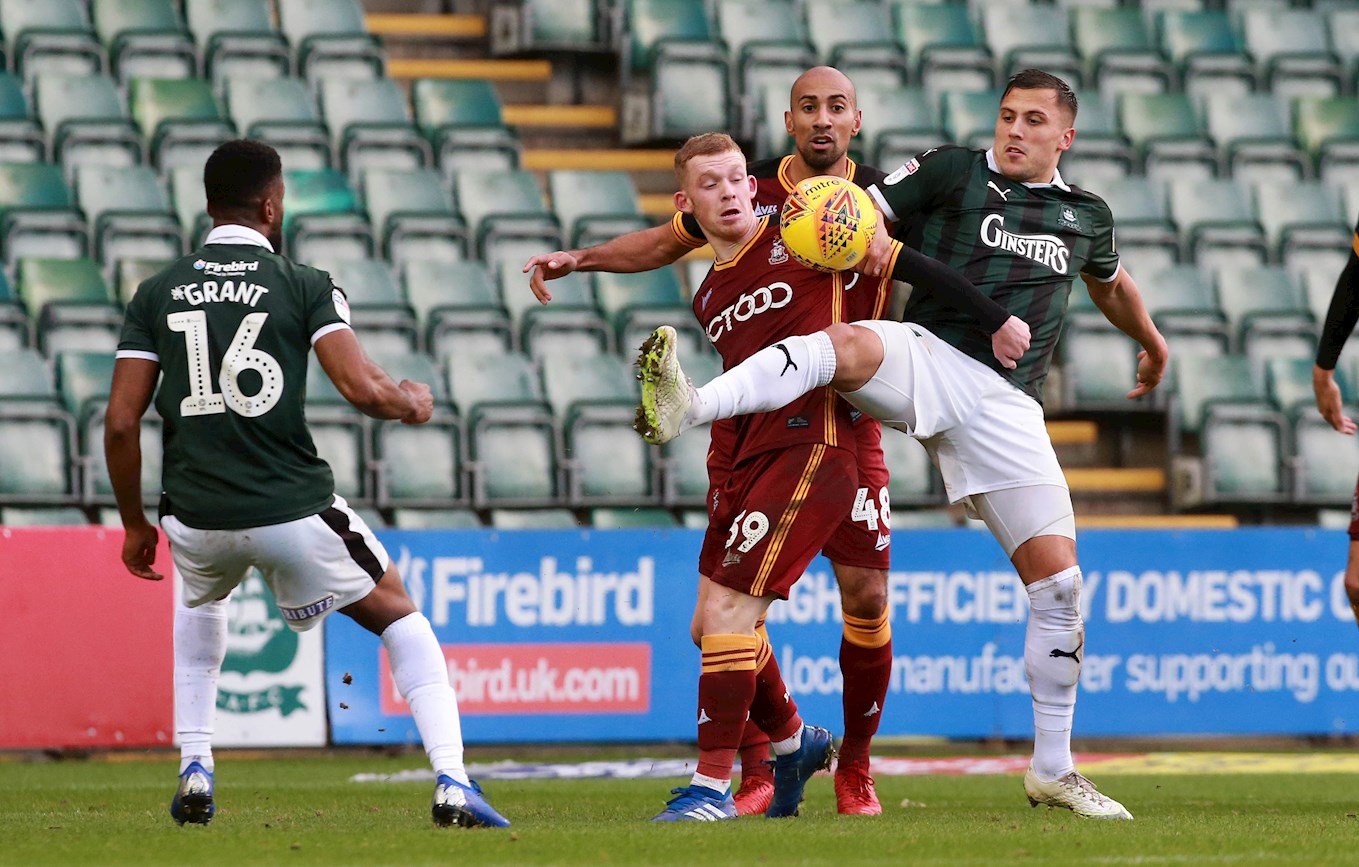 ARGYLE will be looking to maintain their impressive start to 2019 in the Sky Bet League One clash with relegation-threatened Bradford on Saturday and manager Derek Adams is keen to ensure the Pilgrims don’t give the home side’s sizeable fanbase anything to cheer in the early stages.

“When you go there, you have try and silence the crowd,” said Derek. “You have to play on the front foot and try to get that first goal, which is going to be advantageous to you.

“We’ve done well there in the past, we have won there, which was a really good experience, but it’s a lovely venue to go and play at. The pitch is not in the best condition at this moment in time, just probably because of the structure of the building.

“Atmosphere-wise, they obviously sell a good number of season tickets before the start of the season. They’ve got a stadium that’s 30,000 plus, with probably roughly 18,000 in it.”

A cursory glance at the Bradford City squad might leave many wondering how they find themselves in a relegation battle, given the players at their disposal, but Derek believes that, in this league, anything can happen.

Argyle’s home tie against Bradford in December was a great experience for the neutrals, finishing 3-3, but perhaps not so much for defensive coaches and managers. Derek is hopeful that his resurgent Pilgrims can avoid allowing quite as many goalscoring opportunities for the Bantams on Saturday.

“From a supporters’ point of view, it was a great game – it was a bit end-to-end and like a basketball game at times,” he said. “From our point of view, a lot of technical players on both sides, good players, and we have to try and open them up and stop their dangerous players getting on the ball.

“Bradford have got themselves into a situation where they had gotten out of the bottom zone, but dropped back in. They’ve done really well at home in recent times, so we’ve got to be at the top of our game.”

“We’ve had a very good spell where we’ve been on the front foot and caused teams problems, and we’re going to have to do exactly the same to Bradford. They lost last week against Fleetwood at home, and we’ll probably have to do the same as Fleetwood did.”