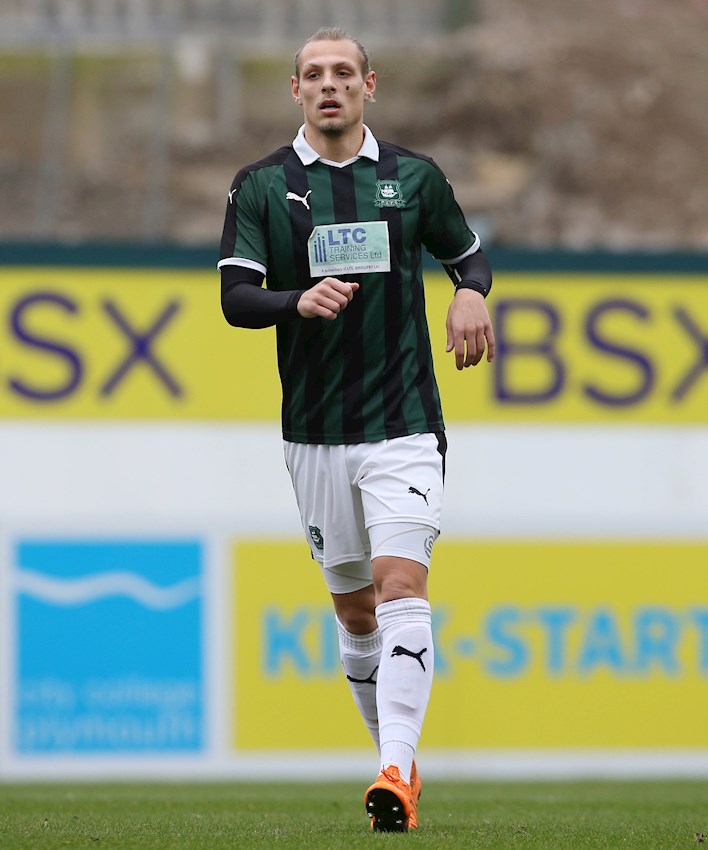 DESPITE being six weeks into his fourth spell as a Pilgrim, Argyle loanee Oscar Threlkeld is yet to register a first-team minute this season.

Oscar’s return to Home Park has coincided with a season’s-best run of form for the Argyle squad, winning five of their last seven games, and losing only once in the process. As a result, Threlkeld, signed primarily to play in midfield, finds himself behind the likes of Graham Carey, Yann Songo’o, Antoni Sarcevic, David Fox and PFA Player of the Month Ruben Lameiras in the quest for a starting berth.

“It’s been difficult for him, because Fox, Songo’o and Sarcevic have been in very good form,” said manager Derek Adams. “We’ve moved Carey back into midfield for the Peterborough game. Speaking to Oscar, he just needs to try and improve his game to get back into the side.

“At this moment in time, he’s obviously behind the four of them, but he has to keep on moving ahead and try to get himself back into the starting eleven.”

It’s a similar story in Argyle’s emerging defensive line, where Ryan Edwards and Niall Canavan continue to develop an increasing understanding, keeping out Scott Wootton and Luton loanee, Lloyd James, in the process.

“We took in Lloyd Jones and he’s looked really good in training as well,” said Derek. “Edwards and Canavan, at this moment in time, are ahead of Wootton and Jones, because they’ve got the shirt.

“The likes of Fox, Songo’o and Sarcevic have to be on form to keep Threlkeld out of the side, and likewise Edwards and Canavan to keep out Jones and Wootton.”

Derek’s advice, to Oscar, Lloyd, Scott and the rest of the squad, is to keep training hard so that when their opportunity does come, like it did for goalkeeper Kyle Letheren, they make it count.

“He has done well, he’s got an opportunity and taken his opportunity,” said Derek on Pilgrim stopper Letheren. “He’s a different person now because he’s had that opportunity. He’s got a spring in his step. It’s unfortunate for Matt Macey that he got injured, but fortunate for Kyle that he’s been given the opportunity. I always like to give people the chance, when they do well, to stay in the team.

“When you’re with football players, and people in general, you’ve got to back them. If they are doing well, it’s not rocket science, you stick with them.”