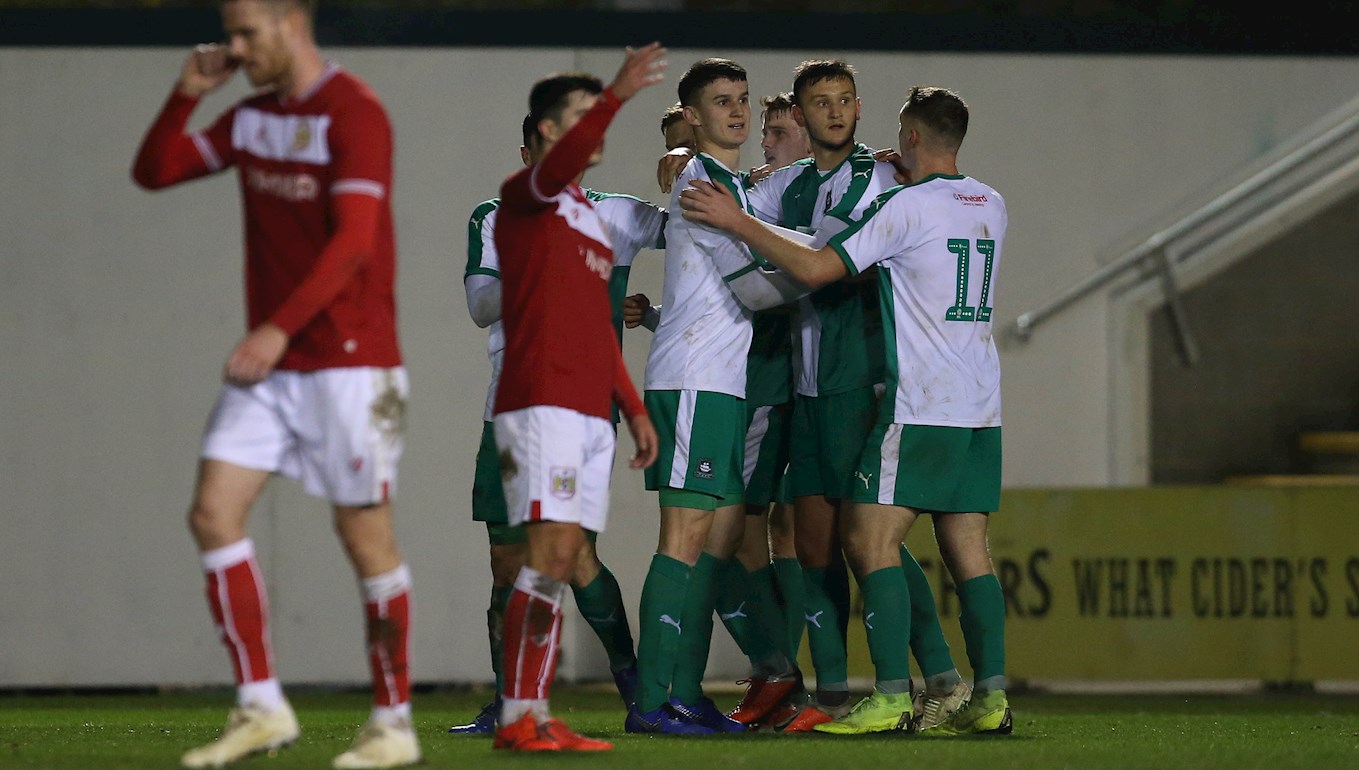 KEVIN Nancekivell was disappointed that his young Pilgrims side were pegged back twice by a strong Bristol City side in a Premier League Cup tie at Home Park on Monday which ended in a 2-2 draw.

In a first half that the home side dominated, a scoreline of more than their one-goal advantage would not have been a diservice to the boys with Alex Fletcher hitting the bar among many good chances.

Mo Eisa levelled things up 10 minutes into the second half after a collision between goalkeeper Michael Cooper and Michael Peck gave the striker an empty net to aim at.

Not to be disheartened, the young Greens went ahead again, this time through Alex Battle. However, unfortunately inexperience showed as our defence failed to clear a bouncing ball in the area and Tom Richards profited on the indecision to level things up again from no range at all.

Kevin said: “[In the] first half, we were delighted and proud of the boys. I thought we were outstanding: by far the better side; first to everything; created the better chances; dominated possession

"If we had gone in more than one goal up, I don’t think it would have flattered us.

City, though, looked re-energised in the second period and capitalised on our errors in defence. Nance reckons those lapses in concentration will be a learning curve and serve us well going forward.

“They are very disappointed because we desperately wanted to win this game and win the [next] game at home to Aston Villa to finish with two wins, two draws and two defeats.

"We didn’t win when we were in a winning position, twice, so - yes - we are disappointed.”