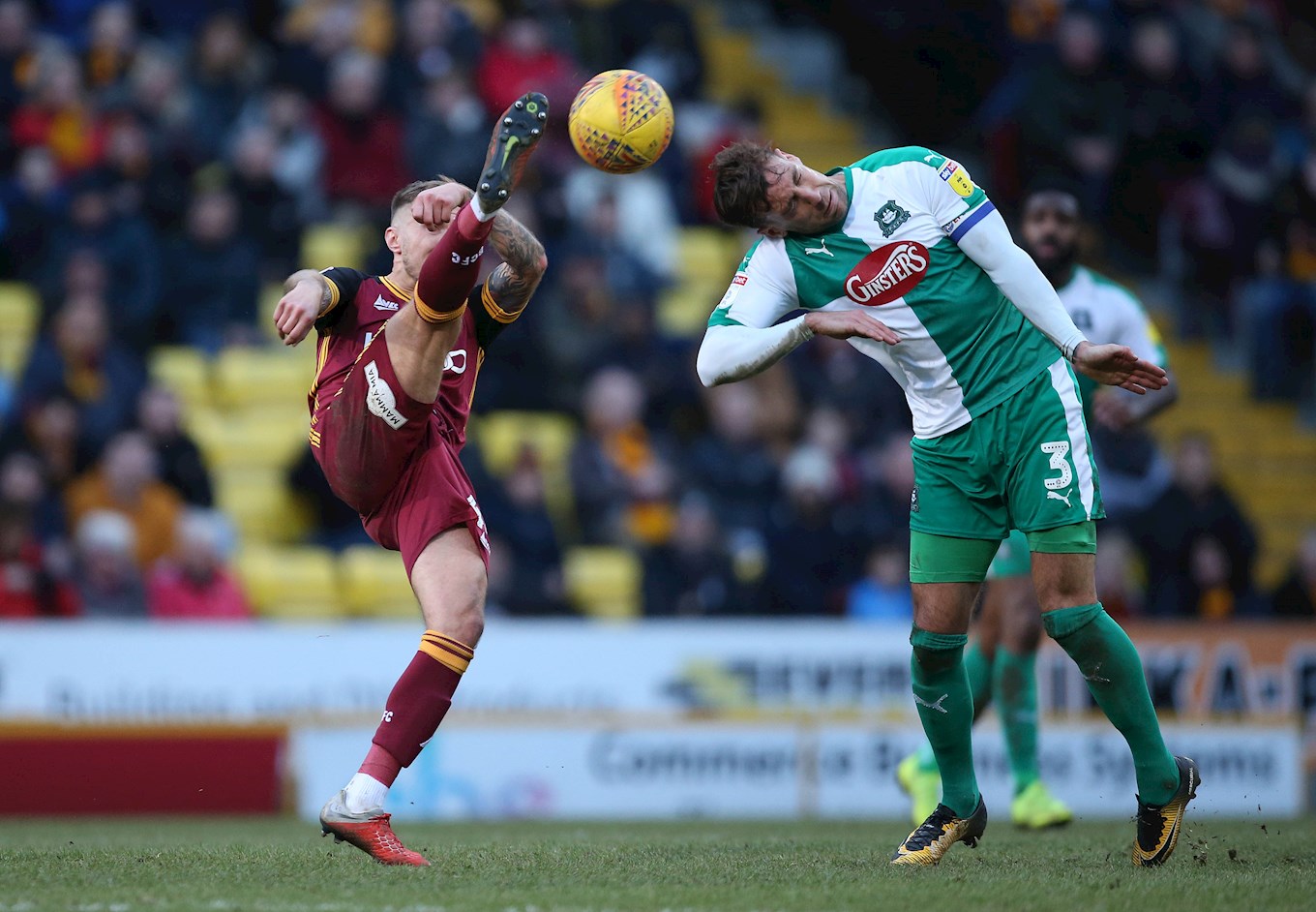 Case for the Defence

GIVEN the headline-grabbing flair players possessed by Argyle and the diffident defending of earlier in the season, it is only right that the Pilgrims’ back line won some thoroughly merited plaudits after posting their second successive away clean sheet.

The 0-0 Sky Bet League One draw at Bradford City followed a 1-0 win at Peterborough United as the Pilgrims collected another point to keep them firmly mid-table.

The solidity is in contrast to earlier in the campaign, when Argyle’s fragility at the back contributed to their own woes.

Manager Derek Adams said: “I don't see them being more resilient, but they've defended a lot better. We haven't made as many errors as we had earlier on in the season. It's testimony to them that they've stuck at it and done well.

“It takes a lot of mental strain, but they've been able to work on it. We've got the nucleus of a very good squad in this division to keep it going.”

Central to the Pilgrims’ climb away from trouble since Christmas has been the form of Ryan Edwards and Niall Canavan, with the latter making an important last-minute intervention against Bradford to clear David Ball’s goal-bound shot.

“They're acting like defenders,” Derek said. “When the ball goes in their area, they clear it, and then we're picking up the second ball and playing – not so much [at Bradford], but in previous weeks.

“In any game, you want your defenders to defend. We made a lot of last-ditch challenges to stop the ball going in the back of the net.”

The defence was supplemented in the final quarter by Oscar Threlkeld, who played the first game of his fourth spell as a Pilgrim when he came off the substitutes’ bench to replace Ash Smith-Brown.

Derek said: “Joe Riley had an injection during the week, so we put Oscar on instead of Joe, because of the injury he had.

“We've won away to Peterborough in the last away game, and drew to Portsmouth, so we're on a good run, and we continue to pick up points.”