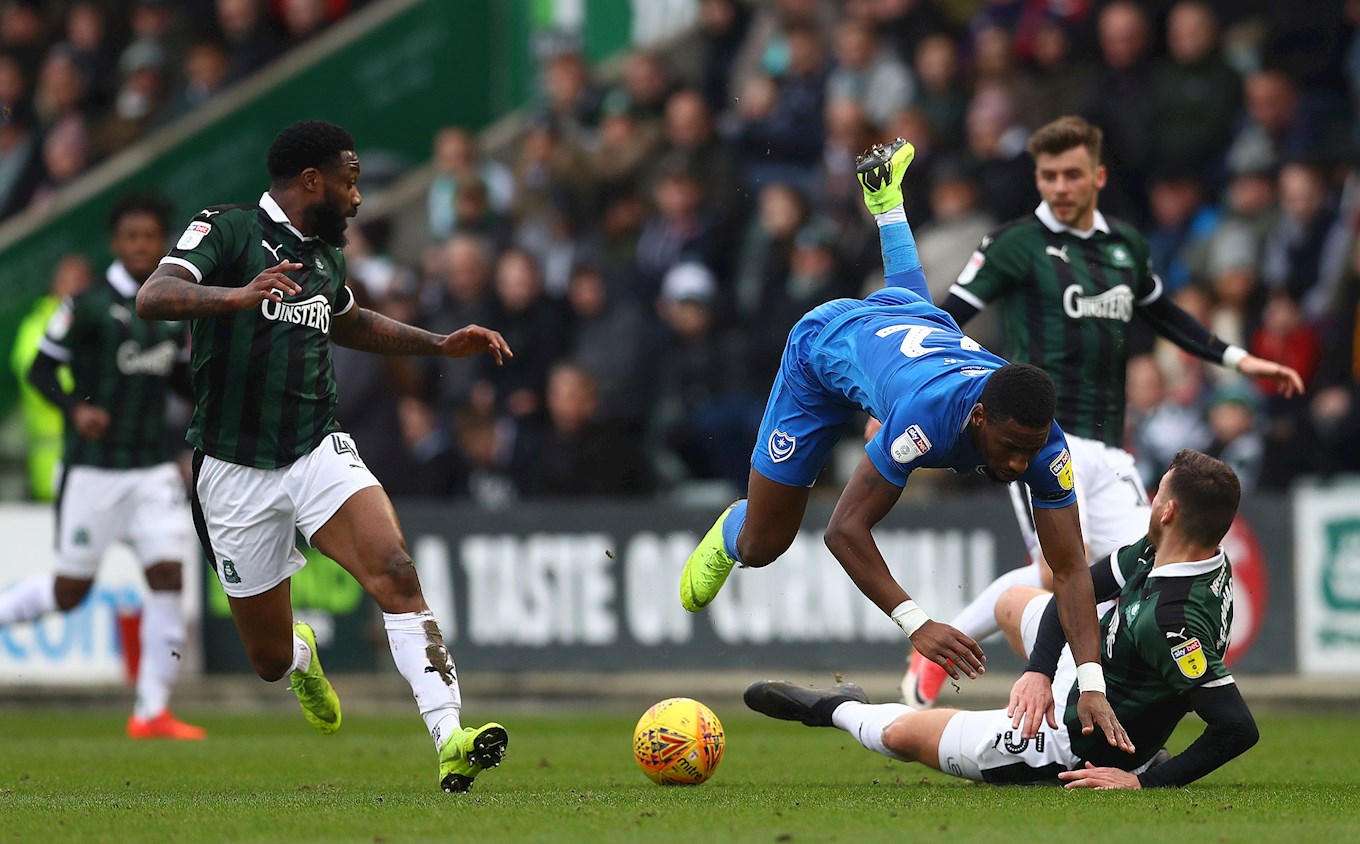 ARGYLE manager Derek Adams insists that the Pilgrims’ positive mindset has them looking up the Sky Bet League One table, rather than at the relegation places they occupied only a few short weeks ago.

The Pilgrims’ 1-1 draw with high-flying Portsmouth at Home Park on Saturday saw them climb another rung up the ladder, to 15th, and the Greens’ gaffer has no desire to see their ascent end there.

Those financial constraints were perhaps more obvious on Saturday than in other fixtures throughout the campaign, as the Pilgrims went head-to-head with a Portsmouth side boasting an embarrassment of riches, particularly up front.

“You’ve seen Portsmouth leave [James] Vaughan on the bench, and don’t even have [Brett] Pitman in the 18,” said Derek. “What a squad they have.”

“We’ve always shown very good character throughout the season, and today was no different. You take Portsmouth, who are at the top of the table for a reason, they are a very accomplished football side.

“We had to be at it and stop them playing at times. We did that, we had 60-odd per cent possession of the game, which is not one of the things that you usually get against a Portsmouth team.”

Argyle have enjoyed a superb run of form in recent weeks, having lost only once in 2019, winning five of their last seven league matches. The most recent two fixtures, against Peterborough and Portsmouth, have seen the Greens pitted against sides in the promotion race, and Adams is proud of his players’ performances in those ties.

“We took three points last week against a top-six team in Peterborough and we’ve taken one away from Portsmouth,” Said Derek.

“They’re all important games at this stage of the season. We’ve moved ourselves up another position in the table, to 15th, which is keeping us going in the right direction and all the rest of the results have gone with us.”