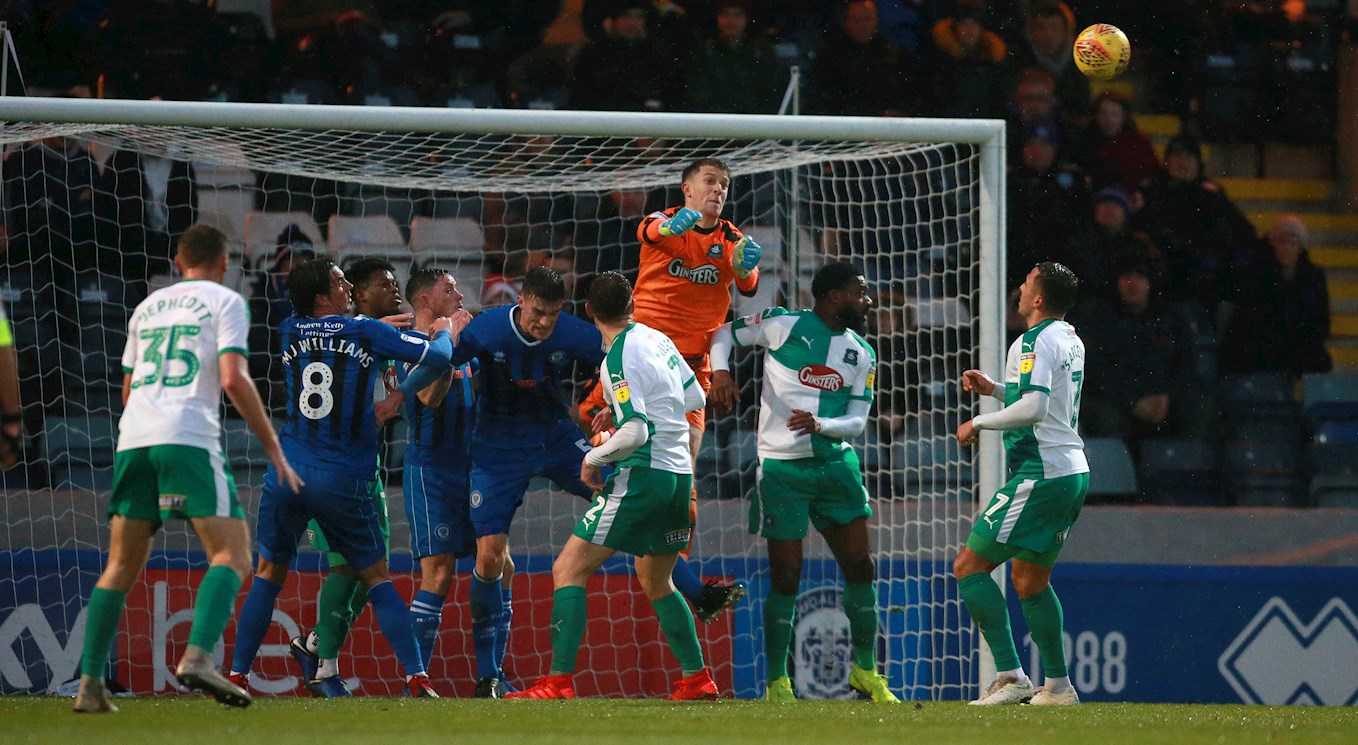 PILGRIMS’ defender Ashley-Smith Brown is hopeful of a Sky Bet League One double over Saturday’s visitors, Rochdale, following their 2-1 win in testing circumstances at the Crown Oil Arena in December.

“It was a tough game away from home,” said Ash. “I remember the weather wasn’t great. Hopefully, we can get all three points. I think we’ve played much better at home [this season], due to the fans and the atmosphere they create.”

The Greens are in a rich vein of form, having lost just once in the calendar year of 2019, while Rochdale suffered a last-gasp 4-3 reversal in a thrilling home tie against AFC Wimbledon in midweek. Smith-Brown, a former England youth international, believes that Argyle are a match for anyone in the division over the final-third of the game.

“I feel like if we can keep a clean sheet round to the 60 or 70th minute mark, then I think we’re fitter than most teams. I feel like we’ve got a good leg to stand on and a good chance to win the game.”

The Pilgrims secured an extremely valuable three points in Greater Manchester just before Christmas, when a farcical own-goal handed them the win in a freezing hailstorm. The ball bobbled up and over Dale ‘keeper Josh Lillis’ foot as he attempted a clearance from a back-pass, rolling into the net. Ash is hopeful for a more moderate climate on Saturday, but is confident that the pitch will prevent any similar untimely bounces.

“I’ve never had any problems here, even when the weather’s been in raining and hailstorm, the pitch has always been in top condition, so that’s merit to the ground-staff. I always enjoy playing on it.

“You don’t want to say it’s an excuse for playing better football because, at the end of the day, both teams are playing on the same pitch, but every footballer loves playing on carpet.”