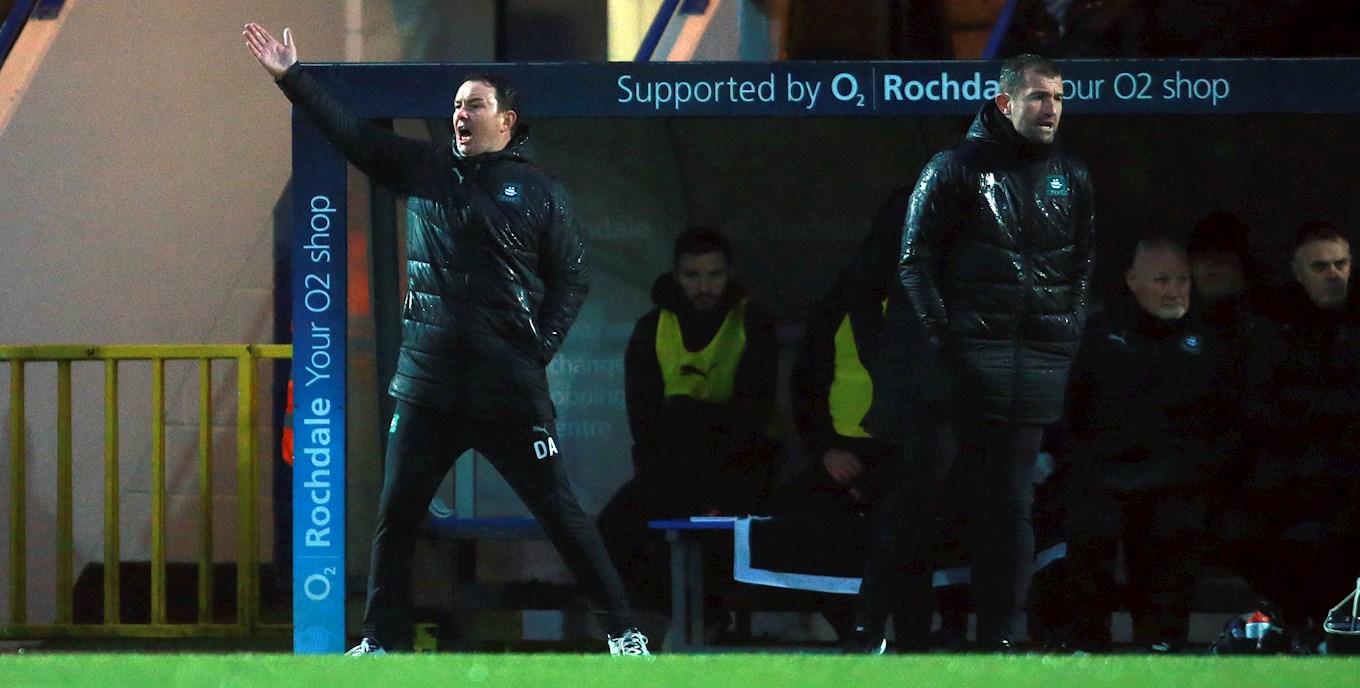 ARGYLE manager Derek Adams hopes his side can ramp up the pressure on Keith Hill’s Rochdale in a crucial Sky Bet League One meeting at Home Park on Saturday.

Argyle remain unbeaten at home this year, while Rochdale have only one win to their name in the last six games, including the painful late defeat against Wimbledon in midweek.

“They had a game against Wimbledon, where it was end-to-end and finished 4-3,” said Derek. “They are putting themselves under pressure and they have not been able to get the results that they want. That happens at some stages in the season, but we have to continue the run that we are on."

Despite Rochdale losing on Tuesday evening, Derek would not be drawn into whether or not that means his side are in for a more stern test come Saturday .

“It doesn’t help us, it doesn’t hinder us, it’s a difficult one sometimes,” said Derek. “They were at home, so they haven’t had much travelling to do. We have had the chance to have a few days off to recover.

“We want to try and increase the gap between us and Rochdale, we want to go and win the match, catch the teams above us and open up the gap between us. At Bradford [last week[, we had to settle for a point because it was a tense game at times and that’s what happens at this stage in the season.”

It is always good to welcome back Keith Hill to Home Park, the Rochdale boss who spent four years as a Pilgrim.

“I think Keith will enjoy coming back, he always does, he had some good times here as a player and when you do come back to your old team, you look to see the friends you had here before and enjoy managing against them,“ said Derek.