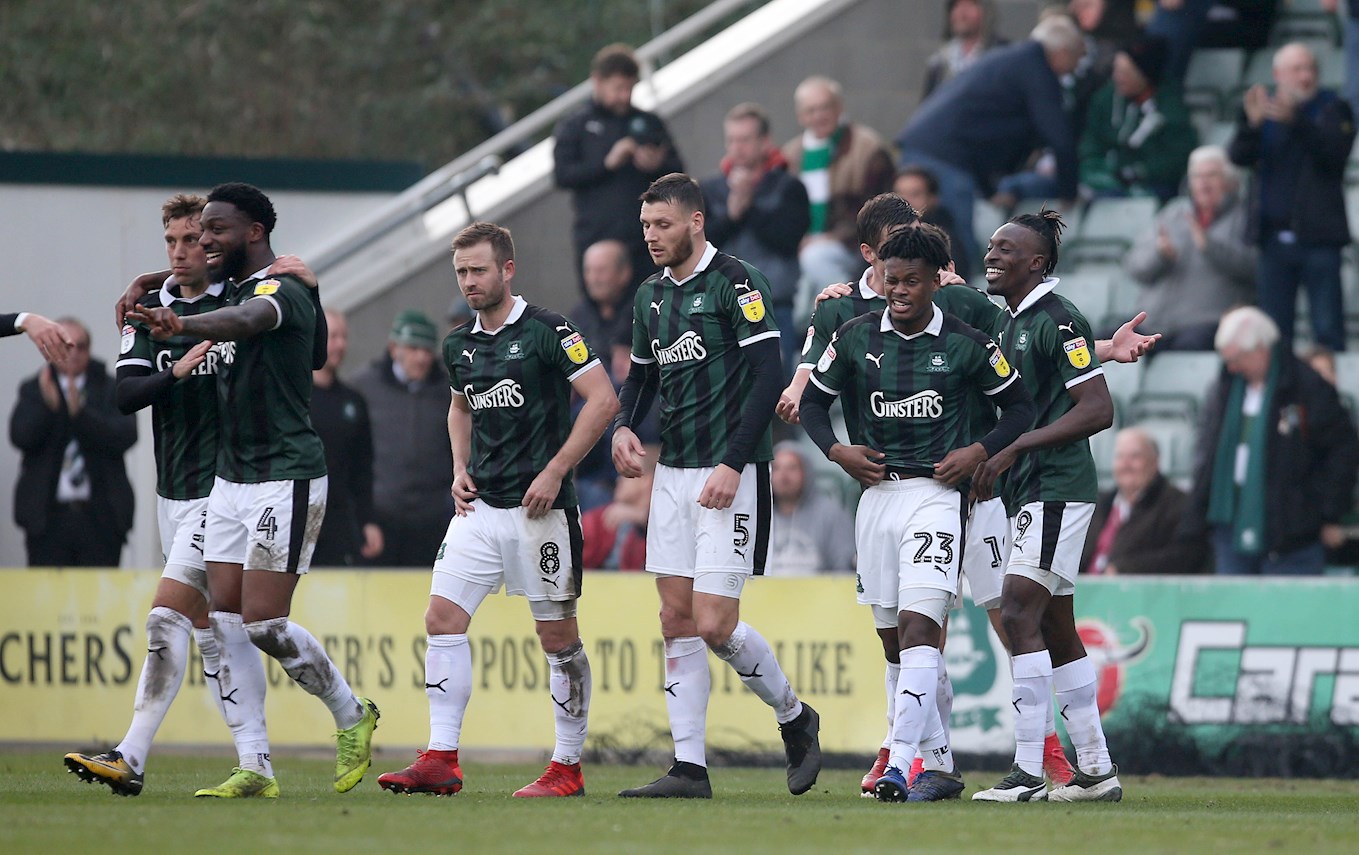 PILGRIMS manager Derek Adams was delighted with his side’s attacking play in their 5-1 Sky Bet League One thumping of 10-man Rochdale on Saturday, and believes they are set up for the challenge of Sunderland next weekend.

“The team are in fantastic form, and if you look over the years, there’ll not be too many more teams that play with the excitement and technical ability that this team can,” said Derek. “We are good going forward, we probably weren’t clinical enough in the first-half, but we certainly were in the second.

“It was a very big win for us today, to win 5-1, we probably could have scored a lot more in the first half. We had a lot of opportunities on goal, and we were really unfortunate just to go in at 1-0 at half-time. We got the advantage in the second-half and scored the goals.”

Despite their total domination of the first-half, Argyle were pegged back within minutes of the restart when Matt Done capitalised on Ryan Edwards’ defensive error. The game swung decisively back in Argyle’s favour ten minutes later, though, when Ethan Ebanks-Landell saw red for a deliberate hand-ball. As far as Derek is concerned, the referee made the right decision.

“It was a straight red card,” he said. “Freddie [Ladapo] was right through on goal, and Ebanks-Landell flicks the ball away.

“We dominated possession in the first-half. The amount of opportunities we had in the 18-yard-box, the goalkeeper’s had a very good game for them. Straight after half-time, we’ve given away a sloppy goal, Ryan Edwards’ pass-back, and they’ve got a lift from that, but they get a player sent-off and we go on and score a further four goals.”

Despite Rochdale’s momentary resurgence in the game, the Argyle manager always felt his side would re-take the lead, due to the volume and quality of chances they created throughout.

“We were on the front-foot, we played in a way that we were always going to score goals, it was just a matter of time, and how many we were going to get today,” he said.

Attention now turns to next Saturday’s long-haul trip to Sunderland, where Argyle face up against a side with vast resources compared to their own. As far as Derek is concerned, it’s an opportunity for the Greens to measure themselves against a giant at this level.

“We go to Sunderland in good form,” he said. “We’ve sold over 1,300 tickets already, before we even get to Monday, so it’s a terrific following we’ll take there. They’re a good side, they are the heavyweights in the division, and we’ve got nothing to lose.

“It’s great, and we should really take all the staff up there and show them what this football club should aspire to. A lot of learning would be involved if that were to happen. We’ve got a long way to go, inside this football club, to even get out of League One. You can always aspire to do that, but you need to learn from other people as well.

“It’s a game of football that we’ll go and enjoy. We’ll leave on Friday morning, travel up on the bus, play the game, and hopefully come away with a victory and move on to the next game.”