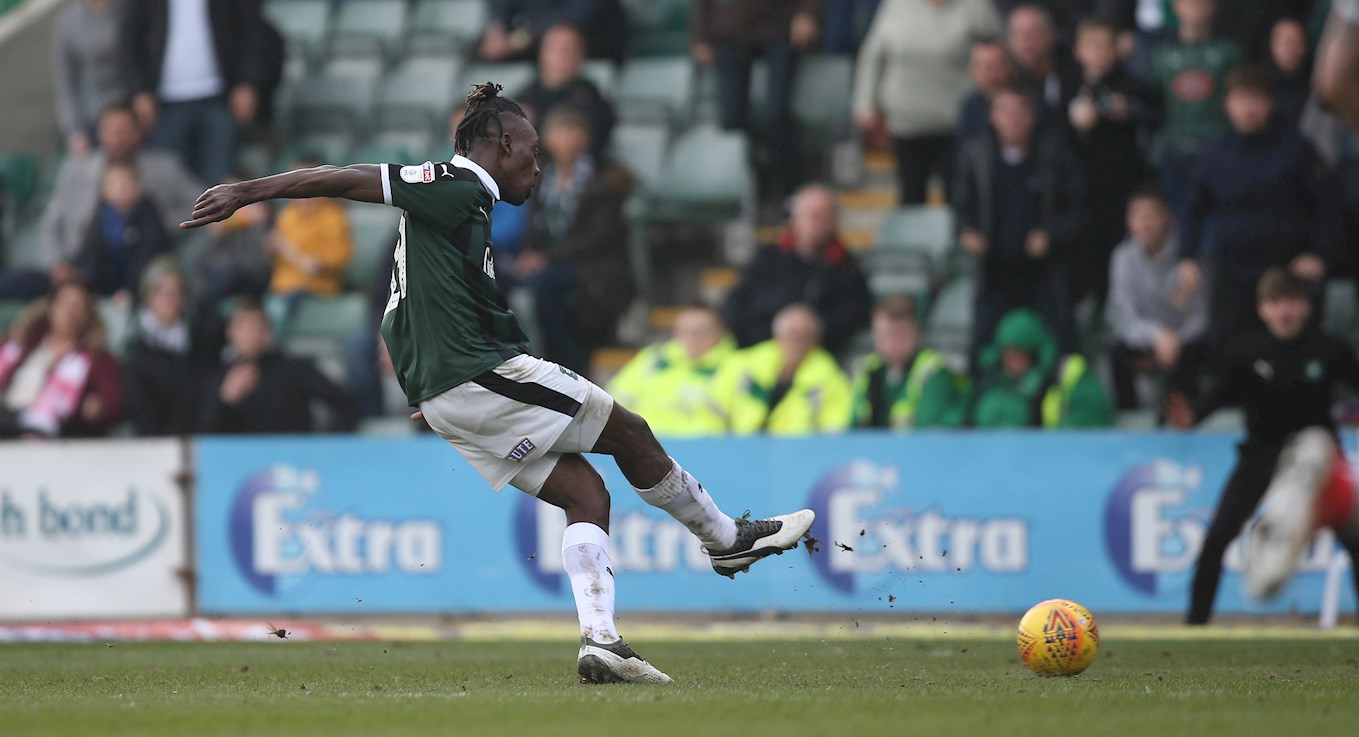 FREDDIE Ladapo is an injury doubt ahead of Saturday’s Sky Bet League One trip to Sunderland.

Argyle’s leading scorer will travel to Wearside and be afforded every opportunity to add to an already impressive tally of 15 goals this season when the Pilgrims take on the Black Cats.

His fifth Home Park brace of the campaign against Rochdale last week propelled us to our most emphatic win of the season and Argyle manager Derek Adams hopes Freddie will recover in time for the weekend.

“We have got a doubt over Freddie Ladapo,” said Derek. “He has got a thigh injury and hasn’t trained Sunday, Monday, Tuesday and Wednesday.

“We obviously have to assess it before Saturday’s game. He is one of the top goal-scorers in the division and everyone would like to play at the Stadium of Light and show their talents, but we will see if he is able to come through the slight injury that he has.“

Derek, however, is content in the knowledge that, should Freddie miss out, he has an able deputy in Ryan Taylor waiting in the wings.

“Ryan Taylor was one of our best performers last season, so we have got good competition for places and he would come in and replace Freddie if he is out,” said Derek.

While Freddie’s potential absence is an area of concern, there is some good news elsewhere on the injury front, as both Jamie Ness and Conor Grant made their returns on Monday evening in the Premier League Cup win over Aston Villa.

The weekend clash with Saltash in the Carlsberg South-West Peninsula League could be a further opportunity for Ness and Grant to continue their recovery, plus a game against MK Dons in the Central League on Tuesday.

“They [Jamie Ness and Conor Grant] played 45 minutes and have been training for a few days, so it has allowed them to get some game-time and some training time,” said Derek.

“They will continue to get some game-time. We have a game in the reserves [Saltash] at the weekend and then we’ve got MK Dons on Tuesday night, there is an opportunity for them to play then.”