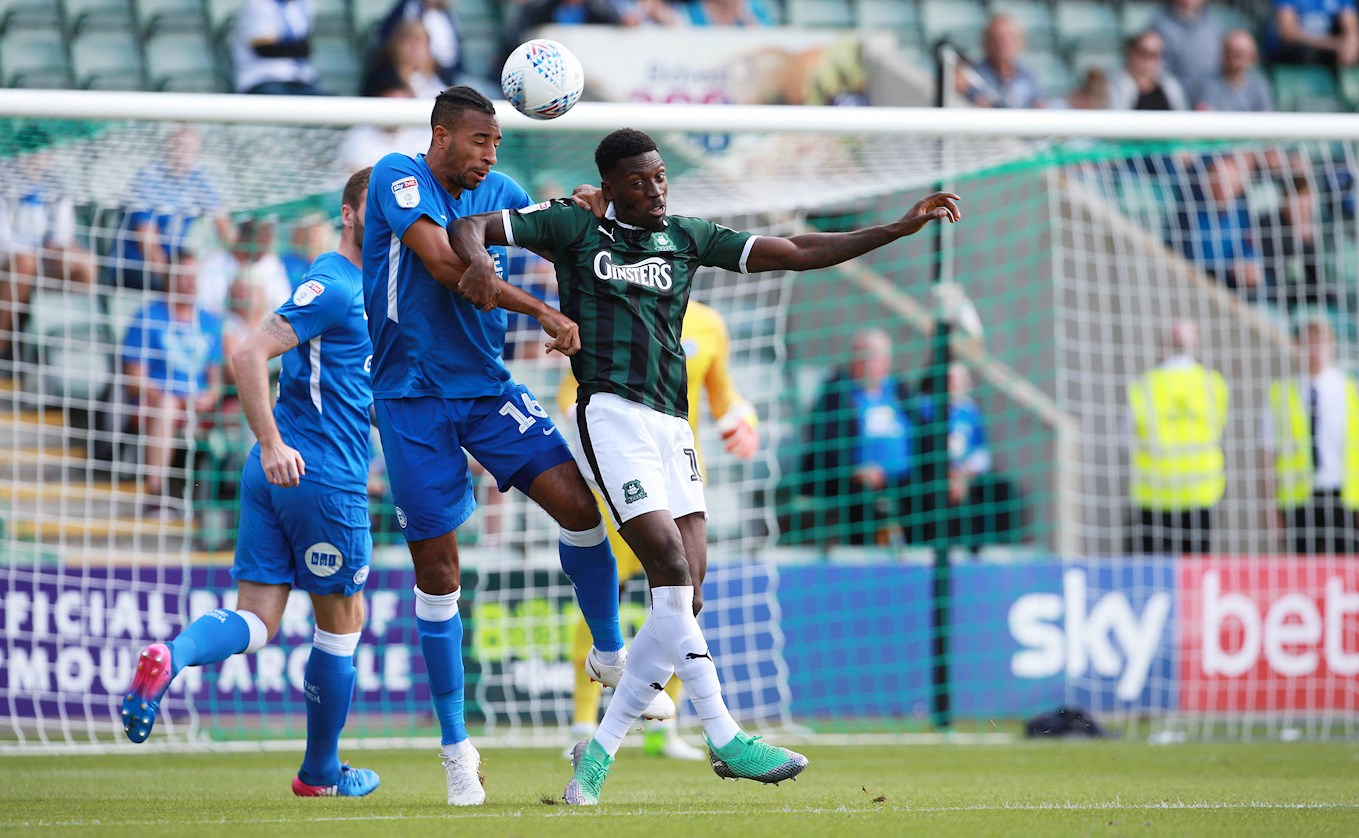 ARGYLE manager Derek Adams is relishing another clash with new Peterborough boss Darren Ferguson when their sides meet in Sky Bet League One at London Road on Saturday.

“It’s always nice to see Darren and Gavin [Strachan, assistant manager],” said Derek on his weekend opponents. “I played with Gavin at Motherwell, and they’re nice people. They want to win football matches and they want to do well.”

Pilgrims’ gaffer Derek and Posh manager Ferguson have engaged in a healthy rivalry over the past few years, with Darren’s charges Doncaster battling Argyle for promotion in League Two in the 2016/17 season. Ferguson left the Yorkshire club in the summer, and recently replaced Steve Evans at Peterborough for his third spell at the club.

“He’s looking well, he’s lost a lot of weight, so he’s obviously been looking after himself while he’s been out,” said Derek, who was clear that all pleasantries are suspended before kick-off. “I think that we all look after each other, but when it comes to 90 minutes on a Saturday, we don’t get on. In footballing terms, you’ve got to take the three points from the opposition, and that’s what we’re trying to do.”

Adams and his assistant, Paul Wotton, took advantage of a rare opportunity to attend a scouting mission in person in midweek, as Peterborough travelled to nearby Bristol Rovers for a Sky Bet League One tie on Tuesday.

“It was nice to go and witness both teams, as well, because we’ve got them [Bristol Rovers] coming up, and it gives you an idea of how they’re playing,” said Derek. “Formation-wise, both teams played in a similar manner. Peterborough played in a diamond formation, which Darren has always played in his time at Doncaster and Peterborough.

“Darren will obviously say that he’s got a bit of work to do to get them to play the way he wants his teams to play. It was an entertaining game, 2-2. Peterborough came into it in the second half and got a point away from home, so they’ll be happy with that as they didn’t start the game very well.”

Ferguson takes over at Peterborough in a rather unique position, with the Posh currently sitting in the Sky Bet League One play-off places. While at many clubs this wouldn’t necessarily see a change of manager, the hot seat at London Road, and the playing budget that comes with it, brings an expectation of promotion.

“It’s always a shock [a change of manager], but in football nowadays you look at certain situations and you realise that something’s going to transpire at some point,” said Derek.

“They want to be back in the Championship, they spent a lot of money on players to try and do that, and they’re outside of the top two at this moment in time. Their chairman has done exceptionally well for the football club, he’s taken in over £20 million in transfer fees, and spent it on the team.

“They’re looking to obviously be in the top two, I think that the chairman is looking at it that way. It’s extremely tight at the top end of the table, there’s a lot of good teams - six very good sides that are looking to get into the Championship.”

Derek, though, is confident his side can continue their recent resurgence and take advantage of the added pressure on the opposition ahead of Saturday’s game.

“There’s always the aspect that there is more pressure on them now,” said Derek. “They have changed manager, and that brings added pressure to the whole stadium and we’ve got to try and play on that.