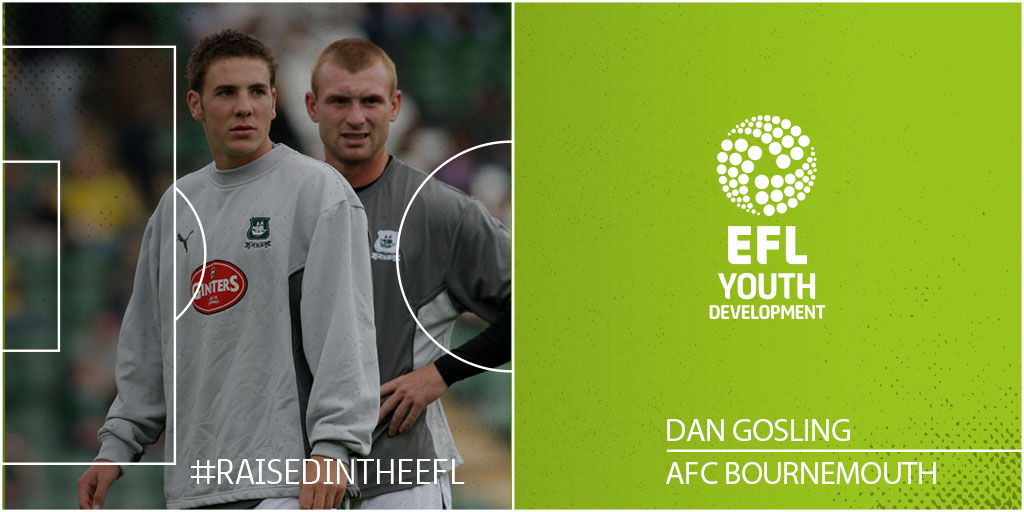 IN celebration of the EFL’s Youth Development week, DANIEL COLE compiles his homegrown first XI, recognising the talent that has come through the Pilgrims’ Academy.

In order to qualify for selection, players must have come through the academy post-1992, when the EFL took its current form, and made at least one first-team appearance for Argyle.

Originally from Coventry, club legend Luke joined the Argyle setup as a young boy in pursuit of a professional career. He made his first appearance in 2001, deputising for fellow club legend, Romain Larrieu. Over the next few seasons, a competitive but completely amicable rivalry took place between the two top-class stoppers, and Luke eventually ousted ‘Ro’ for the first-choice spot in Argyle’s 2003-2004 Division Two (now League One) title-winning season.

Over the course of his Argyle career, across two spells, Luke made a whopping 347 appearances for the Greens, placing him 18th in the club’s all-time appearances list. McCormick captained the Argyle side that finished as League Two runner-up in 2017, before moving on to Swindon Town last summer.

Affectionately known as ‘Shelley’ by his team-mates, Connolly joined the youth academy in the late 90s, relocating from home-town Liverpool to do so. Shelley’s promising performances as a youngster brought him to the attention of first-team manager Paul Sturrock, but he had to be patient in his pursuit of a regular first-team position, with accomplished full-back David Worrell performing well in a successful Pilgrims’ side. Eventually, Connolly muscled in on Worrell’s position, making it his own towards the end of the title-winning 2003-4 Division Two campaign.

In the following years, other full-backs came and went as they tried to displace Connolly as first-choice right-back in the Championship, but none managed to consistently do so. Shelley scored his one and only goal for Argyle in a 3-0 home victory over Norwich City, before indicating a desire to end a near-decade association with the club to join Derby County when his contract expired in the summer of 2008.

A successful Championship-level career followed with Derby, Leeds, Preston and Millwall. Towards the end of his career, Connolly also turned out for Crawley and Luton.

Hailing from nearby Torpoint, Jack joined the Argyle Centre of Excellence at just 11 years old. Come 2010, Jack became Argyle’s third-youngest ever first-team appearance-maker when he came on as a substitute in a 3-2 win over Sheffield Wednesday. Breaking into the first-team at such a young age, coupled with Argyle’s financial situation at the time, led to Jack moving on to Southampton in April 2011, having played only a handful of games for his home-town club.

Since then, Jack has represented England at youth under-18, under-19, under-20 and under-21 level, and is now a regular performer at St Mary’s in the Premier League, having enjoyed spells on loan at Swindon, Middlesbrough and Coventry.

Originally a youth player at Stoke City, Curtis became an Argyle apprentice after his release from the Staffordshire club in 2009. Within 18 months, he’d broken into the first-team after impressing manager Peter Reid during pre-season. Nelson continued to shine during Argyle’s eventual relegation season from League One and was a regular at the heart of the Pilgrims’ defence that defied all odds to avoid relegation out of the Football League in 2012. An England youth international, Nelse went on to captain the Argyle side that recovered from the doldrums of administration, before leaving for Oxford United in 2016 after Argyle’s heart-breaking League Two play-off final defeat to Wimbledon. 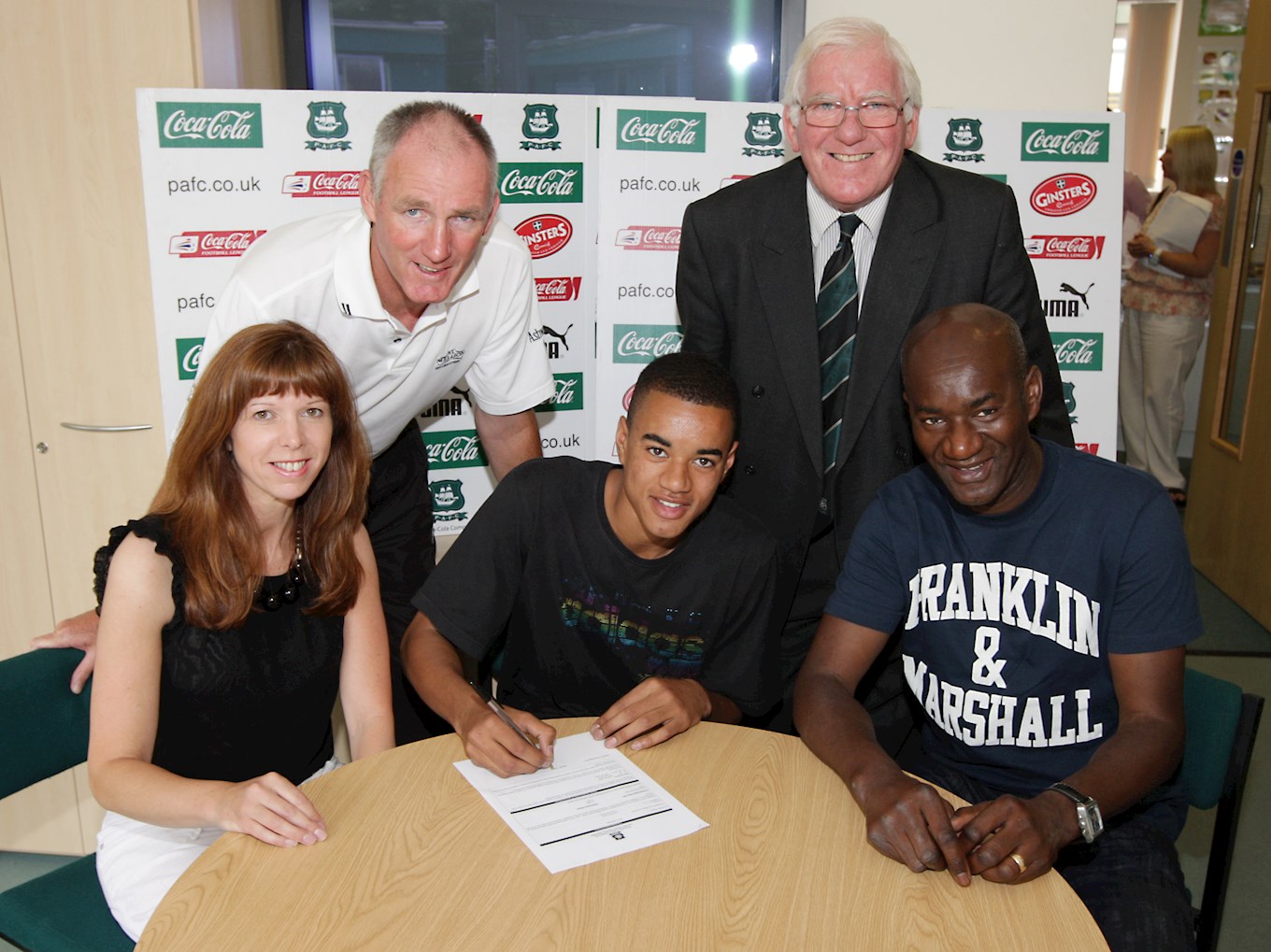 Another Pilgrim to represent the club over two spells, Gary broke through to the first-team after a series of loans as a youngster. He was a regular, playing at either left-back or centre-half, in Argyle’s Championship days, before moving to Bristol City on-loan in 2010. A few years away followed, including spells at Bristol Rovers and Leyton Orient, before Derek Adams made Gaz his first signing as manager in 2015.

The Pilgrims’ Mr Consistent succeeded Luke McCormick as club captain for the 2018/19 season and has recently broken into the top 50 all-time appearance-makers for Argyle.

A Brixham lad, Gosling broke into the Argyle first-team squad as a 16-year-old after impressing manager Ian Holloway in the reserves. Dan’s versatility was a highly-attractive trait, and he represented Argyle at both right-midfield and full-back in the Championship.

His impressive performances brought him to the attention of a number of Premier League clubs, and Everton eventually swooped for Gosling in 2008. Dan was in and around the Toffees’ first-team during his time at Goodison, and he scored what turned out to be the winner in a Merseyside Derby in February 2009. Everton made a run to the FA Cup Final that year, where Gosling also made an appearance.

Since then, Dan has represented Newcastle United and AFC Bournemouth, playing primarily as a central midfielder.

A Plymouth lad and green-blooded individual, Wottsy requires no introduction. Third on the Pilgrims’ all-time appearance list, Wotton captained the Argyle side that climbed through the leagues in the early 2000s, famously playing every minute in Argyle’s title-winning Division Three campaign in 2001/2, before repeating the title feat two years later at a level higher.

Originally a centre-half, but equally adept in holding midfield, Wotton was Argyle’s designated set-piece taker and he is joint-14th in the club’s all-time scoring charts. Wottsy left the club in 2008, enjoying spells at Southampton, Oxford and Yeovil before returning home at the end of his playing career to help guide Argyle to Football League safety.

A graduate of the club’s Centre of Excellence, Ryan made one solitary appearance for the Pilgrims in the Championship under Paul Mariner’s tutelage. Ryan, who could play at right-back or across the midfield, was reunited with former gaffer Paul Sturrock at Southend, where he went on to become club captain and make over 200 appearances.

Leonard’s impressive performances and leadership skills saw him move on to Sheffield United for a hefty transfer fee in 2018, before moving on to current club, Millwall, for what was reported to be a club-record fee.

Born in Newquay, pacey forward Isaac was a member of the club’s Centre of Excellence satellites before breaking into the first-team during the 2011-12 season. Nephew of England striker Darius Vassell, Isaac made a few appearances for Argyle before joining Truro City in 2014.

Isaac’s goalscoring record across two years in Cornwall alerted Luton to his ability, and he joined the League Two club in 2016, notching prolifically at Kenilworth Road. A big-money move to Birmingham City followed, where Vass is currently in and around the match-day squad.

Plymouth-born Joe made his first-team debut in December 2009, evidencing a maturity and footballing intellect that belied his years. Joe made over 50 appearances for the Pilgrims, scoring 10 goals, before moving on to Cardiff City for a reported £250,000 in 2011 as the club’s financial difficulties took hold.

Enjoying an impressive first-season in Wales, Mason achieved arguably his career highlight by scoring the opening goal in the League Cup final against Liverpool, which Cardiff eventually lost on penalties. Joe left Cardiff for Wolverhampton Wanderers in a multi-million pound deal in 2016, and has since played for Portsmouth, Burton Albion and Colorado Rapids on-loan.

Bristol-born Reuben joined Argyle as a trainee in 2005, after a promising junior career at Millfield School led Manchester United, among other clubs, to show interest. An equally adept cricketer, Reuben chose Argyle instead of a cricket deal at Gloucestershire and was rewarded with a professional contract in 2006. He made his debut under Tony Pulis in the Championship but would ultimately leave the Pilgrims in search of first-team opportunities in 2007.

A nomadic career saw Reuben play for Rotherham, West Bromwich Albion, Walsall and Yeovil, before returning to Home Park on-loan for two consecutive spells. Reid eventually signed a two-year contract with the Greens in 2014, serving as an integral member of the squad that just missed out on promotion to League One via the play-offs.