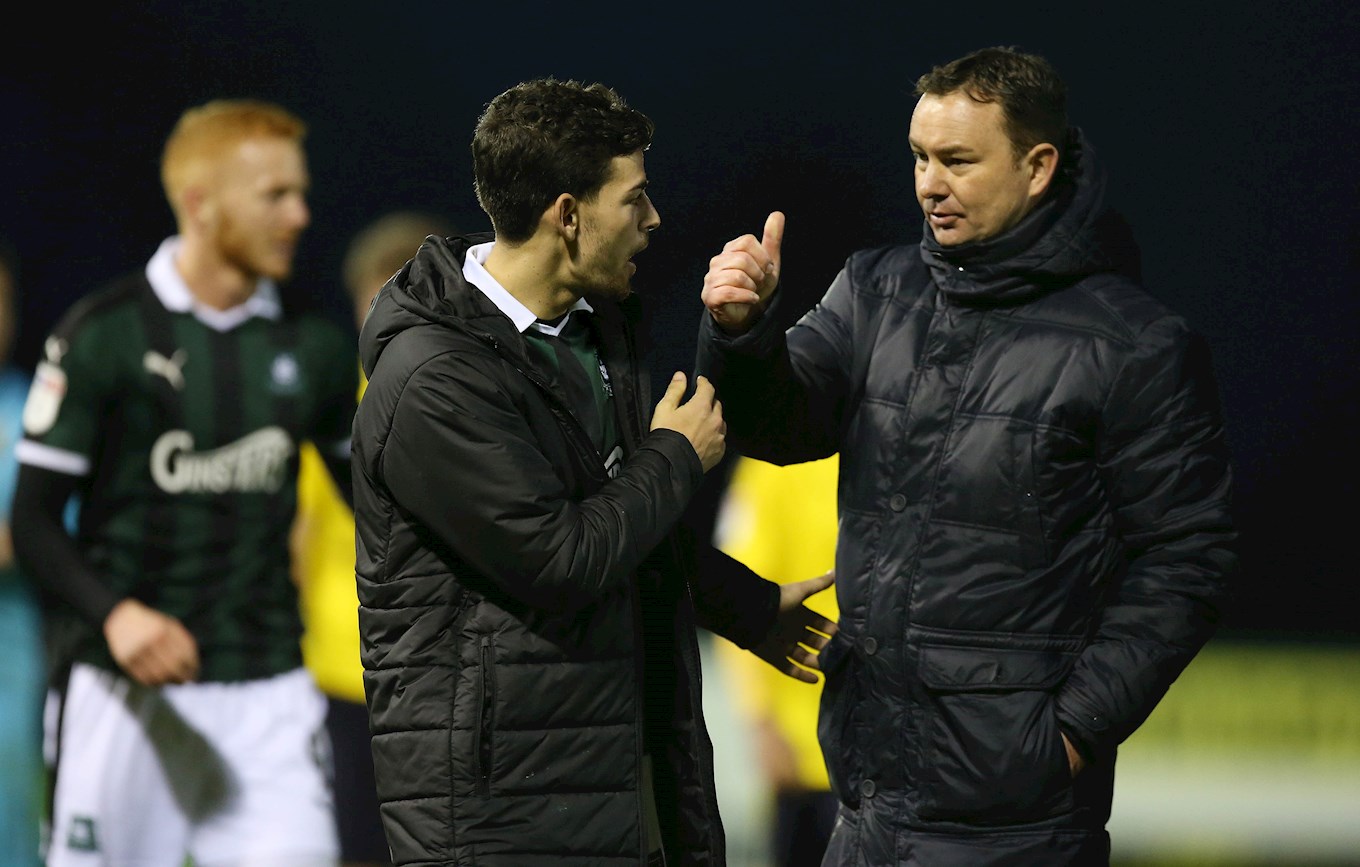 ARGYLE manager Derek Adams and playmaker Ruben Lameiras have been nominated for top Sky Bet League One awards for the month of January.

Derek is up for the Sky Bet League One Manager of the Month award following a fruitful month in which Argyle won four of their five games and climbed firmly out of the relegation zone.

The month started with a stirring 3-0 defeat of Oxford United at Home Park, before the Greens went on to win at Southend. A home double-header against Coventry and Walsall followed, yielding a pair of 2-1 wins. The only blot on Argyle’s copybook was a narrow 1-0 away defeat at Wycombe which rounded off the month.

During this run, Portuguese forward Ruben has been in the form of his life, scoring in four consecutive Sky Bet League One games, stretching back to the December 28 1-1 draw at Burton Albion.

A brace on New Year’s Day against Oxford preceded goals in his next two games, including two against former club Coventry at Home Park. In the month of January, Ruben bagged five goals in five EFL appearances.

Lameiras’ shortlisting is the second nomination for an Argyle player this season, as top-scorer Freddie Ladapo scooped the Player of the Month award in October, netting six goals in six games to claim the gong.

A panel of EFL experts, including Sky Sports’ Don Goodman and League Managers’ Association Director Olaf Dixon, will decide the winner of the awards – which will be announced on Friday, 8 February.