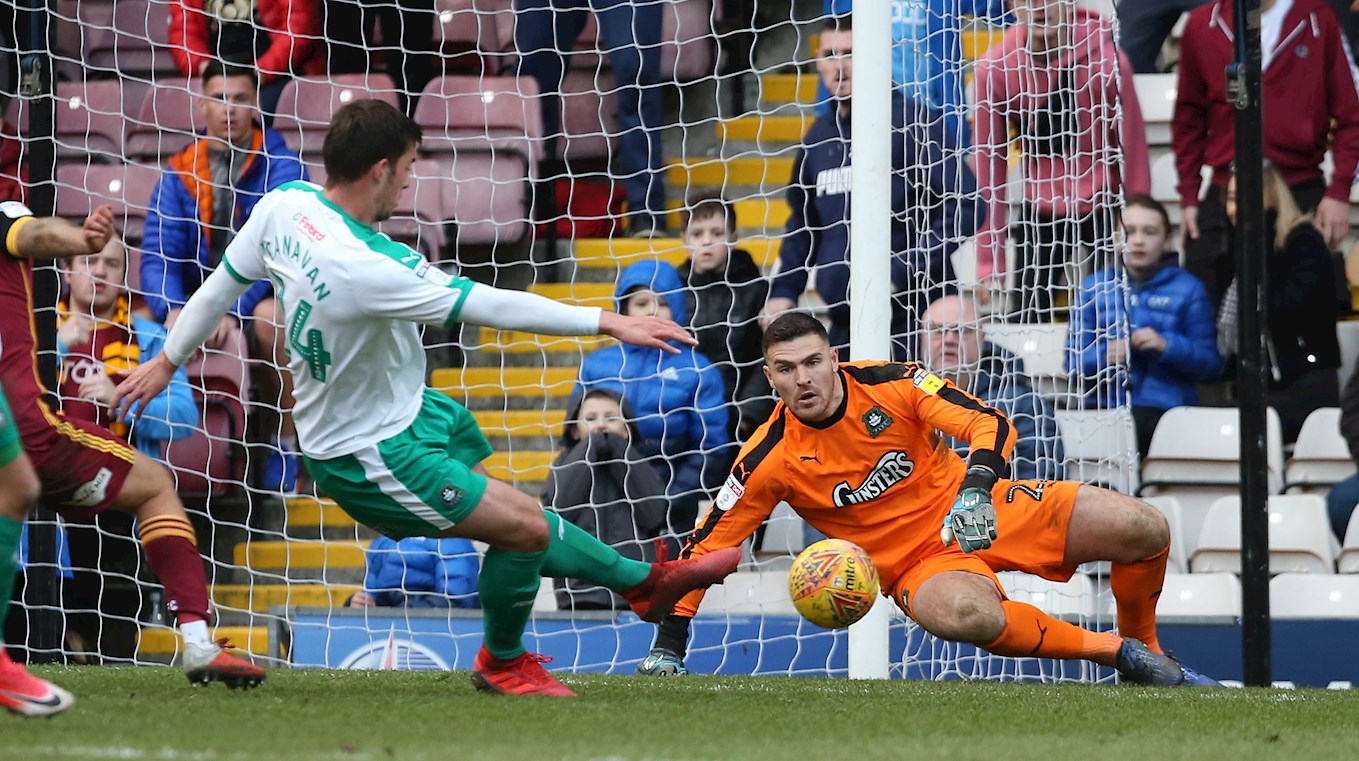 KYLE Letheren has waited a long time for an extended run in the Argyle first team, and he does not intend to relinquish his place any time soon.

The Pilgrims’ Welsh goalkeeper, whose previous stint between the posts last season was curtailed by injury, kept a second clean sheet in three games as the Pilgrims picked up a valuable point from a 0-0 draw at Bradford City.

He came into the side just after Christmas, after on-loan Arsenal custodian Matt Macey suffered a dead leg against Wimbledon on Boxing Day, since when Argyle have lost just once in nine matches and climbed ten places up the Sky Bet League One table.

Kyle intends to continue playing well enough to remain the first-choice pick between the sticks for the remainder of the campaign.

“That's the plan,” he said. “Matt is on fire in training every day and I have to be, too. While results are as they are, it's my jersey to lose.

“I'm fit and ready to go, just embracing it, loving it.

“You can tell, in training, that everyone wants to play and they have got to bide their time. When the team is doing as well as we are at the minute, it is tough for the boys on the bench.

“I have been there. I have been there a lot in my career. You have to keep mentally tough and believe in your ability. We have a great bench now and we will need everyone from now until the end of the season.

“Oscar [Threlkeld] came on [at Bradford] and slotted in at right-back like he had never been away. That was nice to see.”