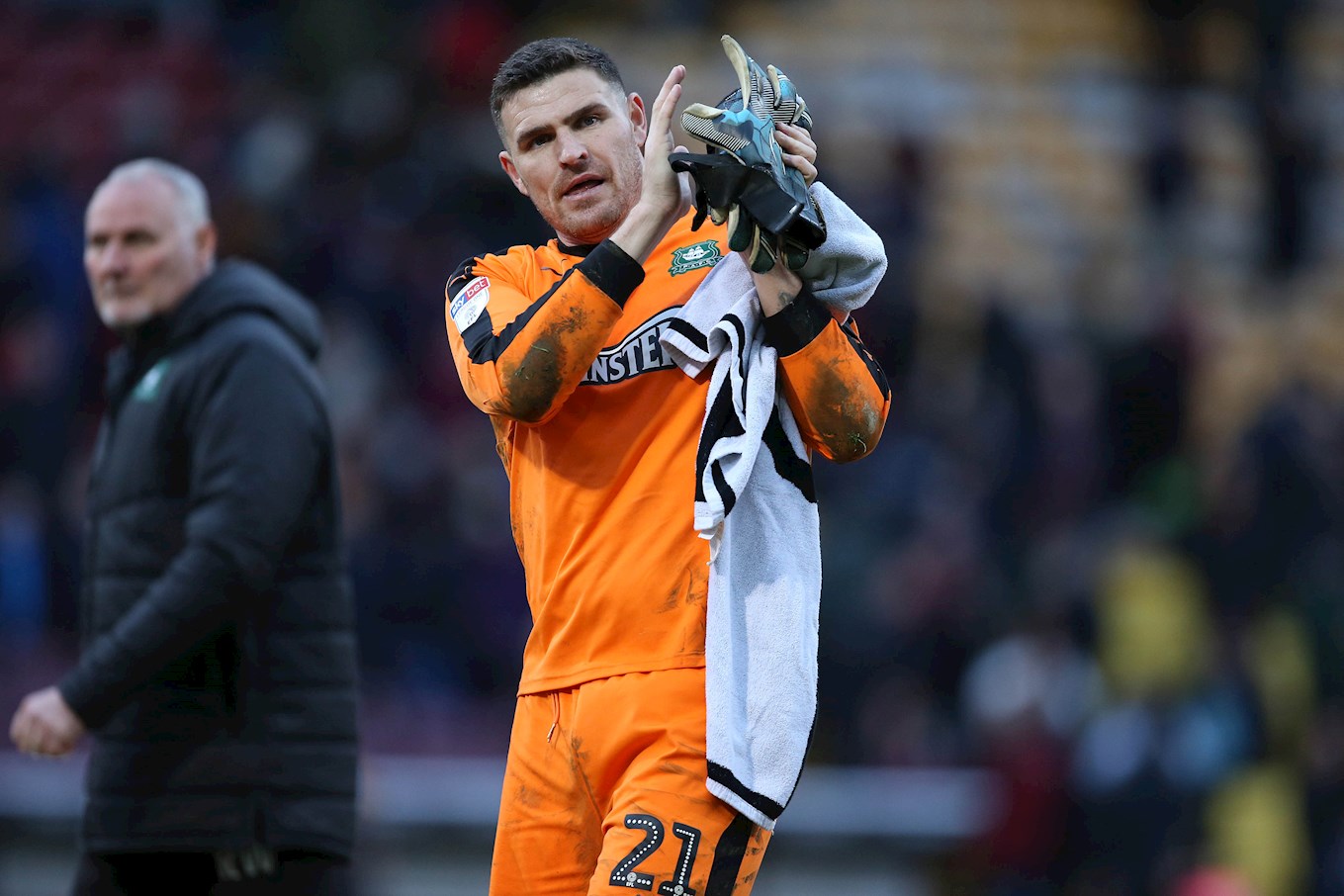 ARGYLE manager Derek Adams, it is fair to presume, would have preferred it if goalkeeper Kyle Letheren had seen less action than he did in Saturday’s 0-0 draw at Bradford.

Argyle’s custodian was, however, delighted to be in the thick of things at the Northern Commercials Stadium, where his string of fine saves helped the Pilgrims to a valuable point that kept them five points above the Sky Bet League One relegation zone.

“There is nothing worse for me than being stood there with nothing to do, so I enjoy it,” said Kyle. “I like making saves, like having things to do; that's why I'm a goalkeeper.

“You have to thrive on it – that's the way I take it. Everyone is different.”

The result would have been different had not the Pilgrims’ Welsh custodian clawed away Eoin Doyle’s late goalbound header, while a block on substitute Jermaine Anderson flick inside the six-yard box was equally important.

“I think I made them look a lot better than what they actually should have been,” said Kyle.

“[Doyle]’s headed it and I've slipped straight away, so I've had to dive from a low position. It was a bit of a camera save but I'll take it – a save is a save. It doesn't matter how you keep it out the net – as long as you do keep it out the net, that's the main thing.

“The other save – the boy just got a cheeky flick and I've managed to be in the right place at the right time and defend half a goal because, when shots are flashed across you, you have to basically give up the far post and defend that area.

“That's what I've been taught and I've managed to be in the right place at the right time."

When, for once, Kyle was not quite in the right place at the right time – right at the death when David Ball chested the ball down and played the ball past Kyle and into the danger area, team-mate Niall Canavan produced an excellent cover tackle.

Kyle said: “The guy told me he didn't expect me to be in his face so quick, so decided to square it instead of shooting because I was there and covering the goal.

“That is pleasing, from an opponent's point of view, but Naz helped me out. He didn't give up on it. Some centre-halves would have conceded it, but he never gave up on me. I think that's a trait that I've got in my two centre-halves and they've got in me, as well.”

Kyle took over between the posts for Argyle at Burton Albion on December 29 last year after Matt Macey injured himself, a situation similar to that which Kyle experienced last season and one that makes him determined to make the most of his opportunity.

He said: “I managed to get myself in the team last year and I got a nasty quad injury that Joel Grant now has. He keeps asking me what it's like, but that's another story. It was disappointing to get injured when I did because I thought I hit a bit of form straight away when I came in.

“I take it as each day and each game comes, and just embrace it and show people what I can do, because I have been written off many times in my career.

“That is part and parcel of it, but, when people write me off, I just keep coming back stronger.

“I'm just embracing and enjoying it; if you don't enjoy playing, then there's something wrong.”