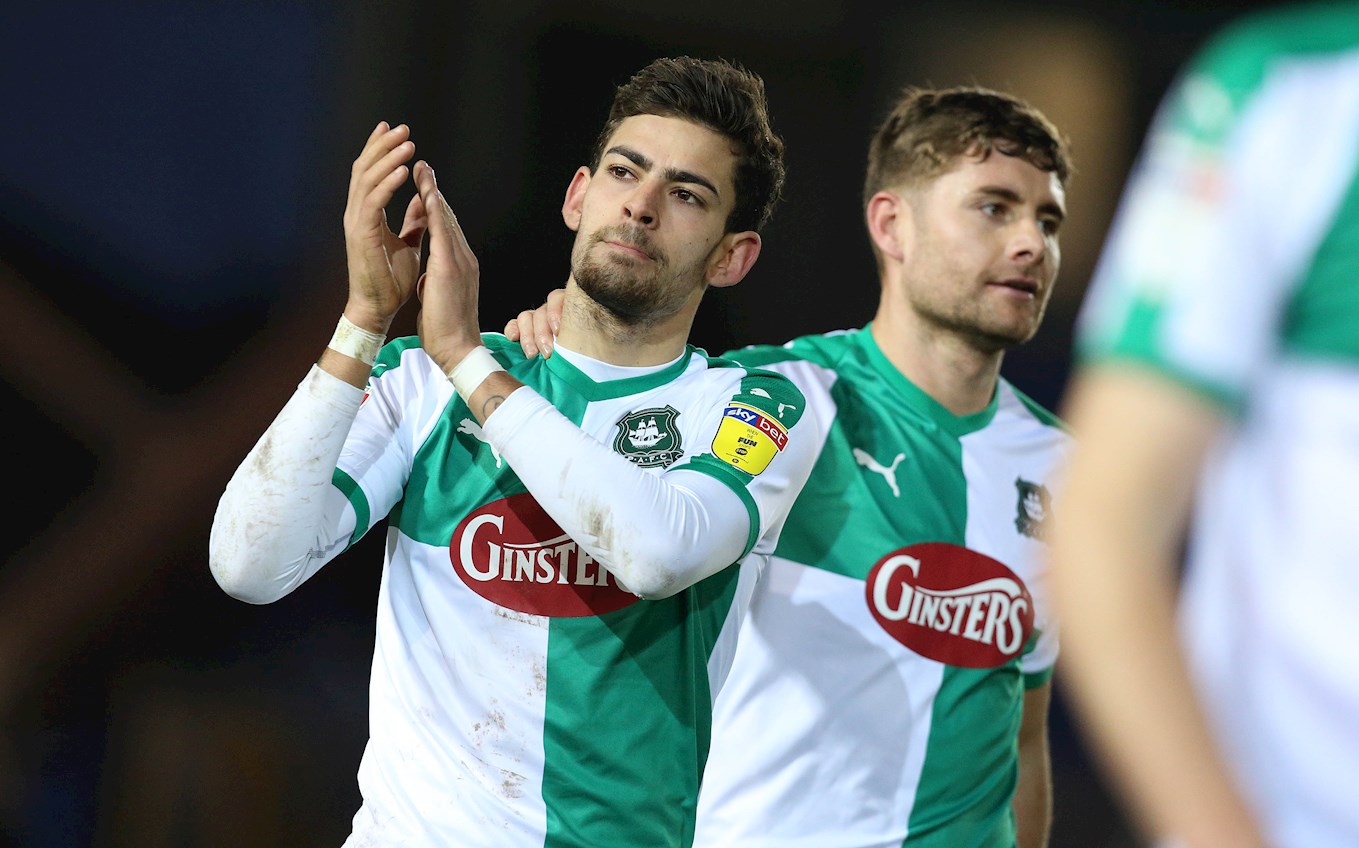 RUBEN Lameiras’ last-gasp winner against Peterborough on Saturday extended his goalscoring run to seven goals in as many appearances, and manager Derek Adams believes there could be more to come.

“We had a lot of attacking players on the pitch, but Ruben is in a rich vein of form,” said Derek. “He’s technically very gifted and he’s been able to curl a shot out of nowhere. That’s what he can do and we’re delighted he’s done that.

“He is an outstanding individual, he’ll go on to have a very good career. He can see passes, sometimes he doesn’t complete as much as we would like, but he’s scored a magnificent goal.”

Lameiras, and Argyle, left it late to snatch their fifth win in six Sky Bet League One games, and they had to be patient as ten-man Peterborough sat in behind the ball, making it difficult for Argyle to open them up.

While it was Ruben who eventually found the moment of quality to give Argyle the result their second-half dominance merited, the manager was keen to impress that there is quality, and goals, to be found throughout the squad.

“We had a lot of opportunities across the face of goal, but we put a number wide,” said Derek. “They defended exceptionally well, with nine behind the ball and [Ivan] Toney up front. That is always difficult to break down, but we probably had about 70% of the ball in the second-half and eventually scored with a magnificent goal.”

“We’ve shown the quality we have in the squad. We played on the front foot, played up against them, and didn’t allow them to play out. We had a number of players who took responsibility to play on the front foot.”