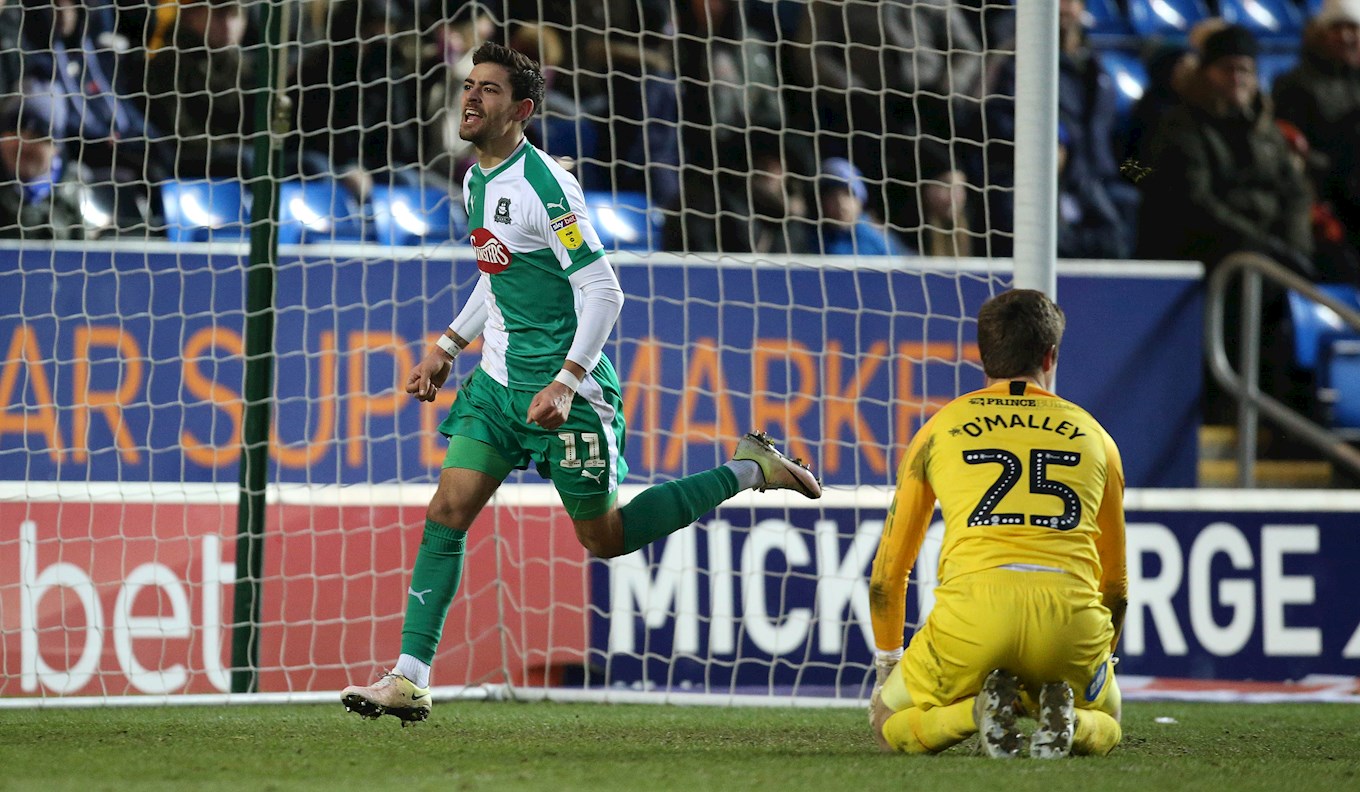 IT might now be five wins in six Sky Bet League One games for a buoyant Argyle side, but Saturday’s goal-scoring hero Ruben Lameiras believes his team-mates are showing no signs of stopping their rise up the table.

The Pilgrims were made to work hard for their victory in Cambridgeshire, and, despite struggling to break down a stubborn ten-man Posh side, they got their rewards when Rubes popped up in the box to curl past O’Malley in front of a rapturous Green Army.

“They’ve been great, I think they made more noise today than the home side,” said Ruben on the 600-strong away following. “They always come in numbers, they always support the team, and I know it’s a bit cliché but it’s almost like we’ve got another body on the pitch. We just need to repay that with good performances, and, most importantly, points.

Argyle’s late win over the Posh lifted them to 16th in the table, their highest position for some time, but Ruben insists that there is no desire to let standards slip, or to let their collective foot off the pedal that’s seen the club put distance between themselves and the drop zone.

“I don’t think the gaffer would let that happen [complacency within the squad],” said Ruben. “We’re back in training, they’re hard, hard weeks, and we take no prisoners.

“We’re still not happy with the position that we’re in. We didn’t really start off well and we’re still paying the price for that. It’s done, it is what it is, but I think now we just need to keep this train going.

“No-one lets anyone get away with not training as hard as we can. There’s no letting up. It’s working for us, so why would we stop?”