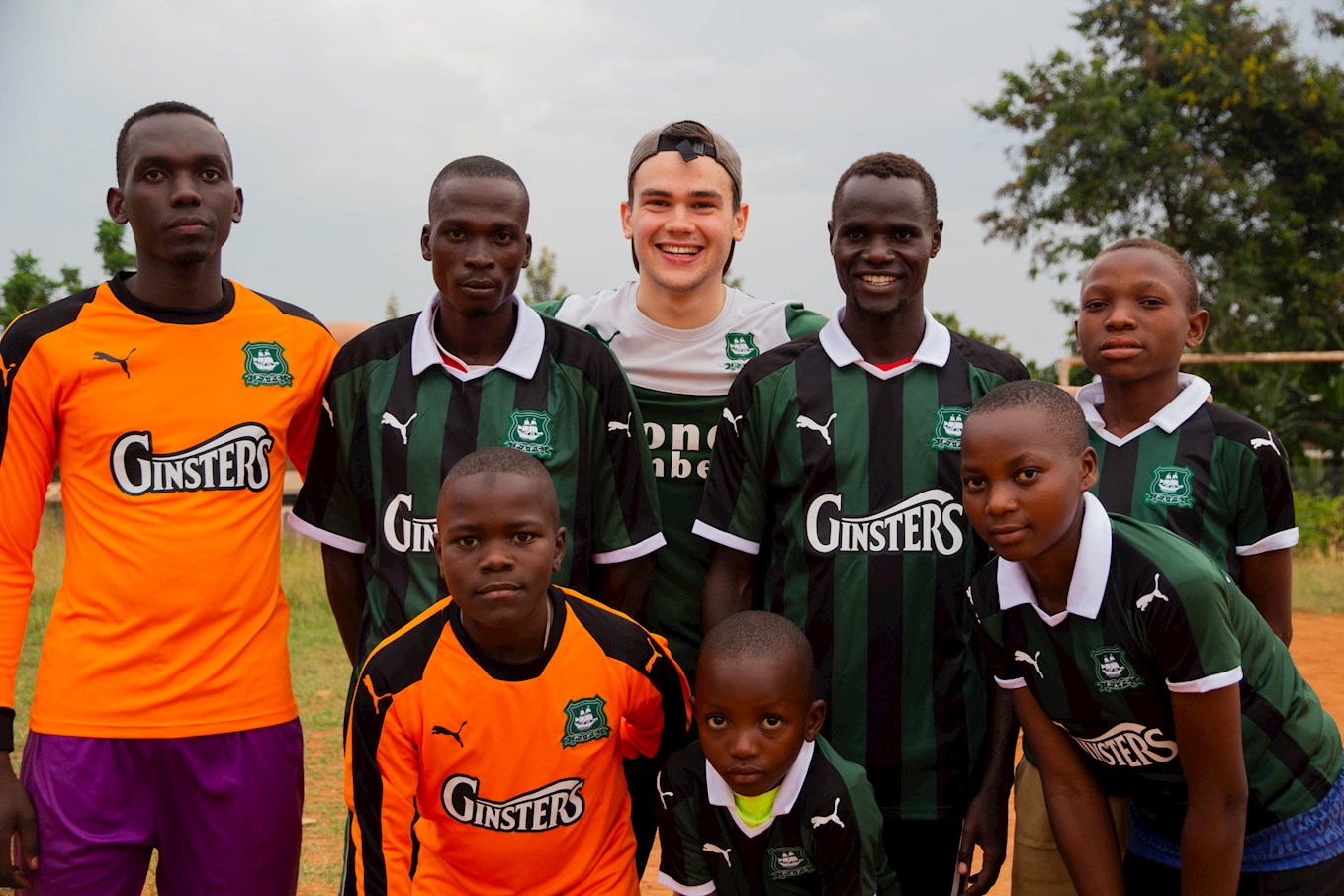 SOME Plymouth Argyle replica football kits, from the current campaign, have found themselves an unlikely home in the African country of Uganda, where they have been distributed by a charity.

There are a number of replica shirts and shorts in each production process that are unable to be sold through retail due to printing faults in manufacturing. With a recent batch of faulty kits, the Argyle Superstore opted to donate these to a charity, rather than waste them.

Teaming up with huge Argyle fan, and charity activist, Matt Sandys, the shirts found a new home in Mbale, Uganda, via community development non-profit charity, JENGA. They’ve been donated to a local football team, who, in parallel with our first-team, have experienced an upturn in fortunes since adopting the Pilgrims’ colours – winning every game so far.

“I'm pleased that the Argyle shirts that you sent me are now in circulation,” said Matt. “The goalkeeper kits are being used as match shirts and the outfield ones being given out as prizes, during training sessions, to the most consistent players in the team.”

For more information about the work that the JENGA does, you can visit its website at jengauganda.org