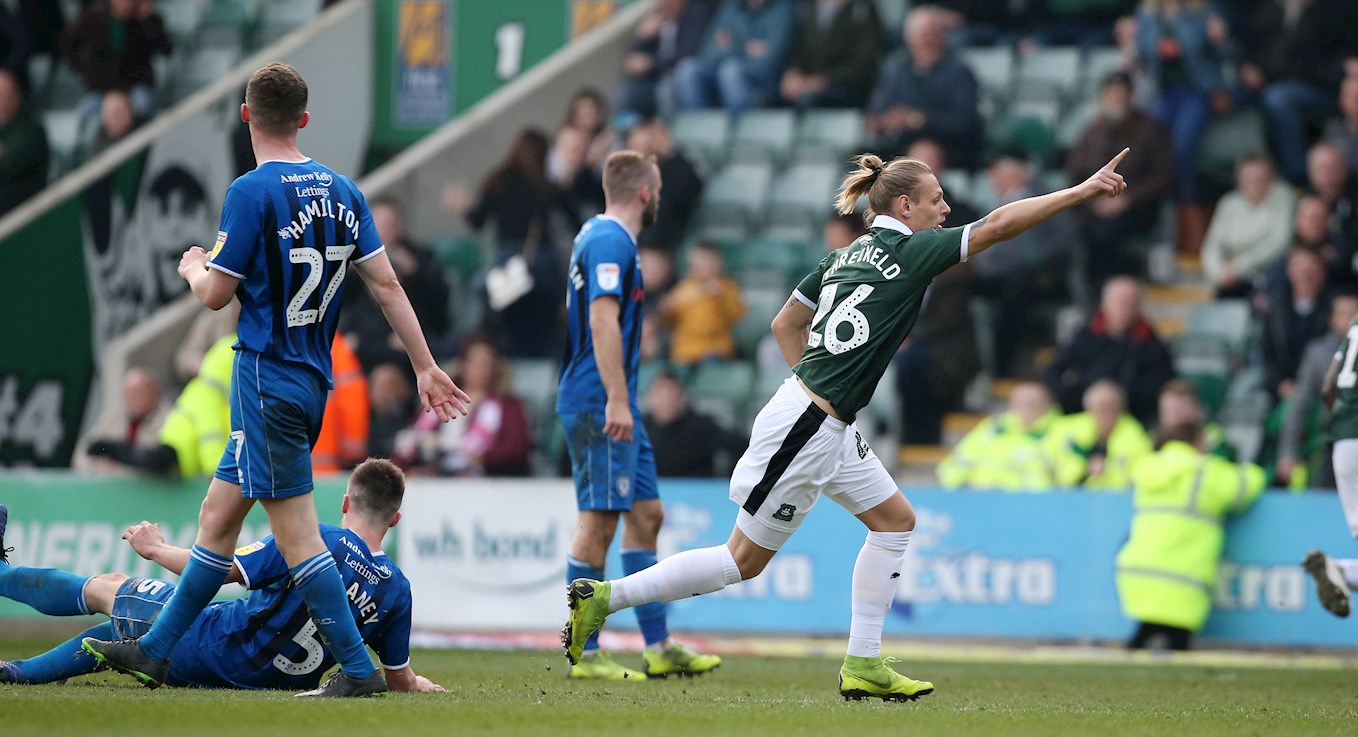 ARGYLE’s 5-1 rout of Rochdale at Home Park was our biggest margin of victory in Sky Bet League One this season and a special day for Oscar Threlkeld, who came off the bench to score for the Pilgrims.

Freddie Ladapo had opened the scoring but Rochdale replied when Matt Done pounced on a mistake by Ryan Edwards. Thankfully, Eddy quickly made amends by restoring the lead, Ladapo made it 3-1 and then there were goals for Oscar and Ashley Smith-Brown.

Unfortunately, midfielder Antoni Sarcevic picked up his 10th booking of the campaign and will now miss the trip away to Sunderland next week and the home game against Luton on March 9, which could potentially open the door for Ozzy to make his first start since returning to the Pilgrims on loan.

“Rochdale are that sort of team where they look for our mistakes and play on the counter,” Ozzy said. “Eddy made a mistake but he will get over it, and he scored to get everyone back on his side.

“I have to knuckle down in training again and say in my own head that I am playing [at Sunderland]. If I’m not, then that’s totally up to the gaffer but it showed [against Rochdale] that I am ready to play.

“In training, everyone has to be on it to give the gaffer a headache. Once we do that in training through the week, then its up to the gaffer to make a decision. I’m sure whoever he puts in on Saturday will do a job for us.

“It’s a possibility [that I could play]. I’m a versatile player and happy to play wherever, as long as I’m on the pitch.”