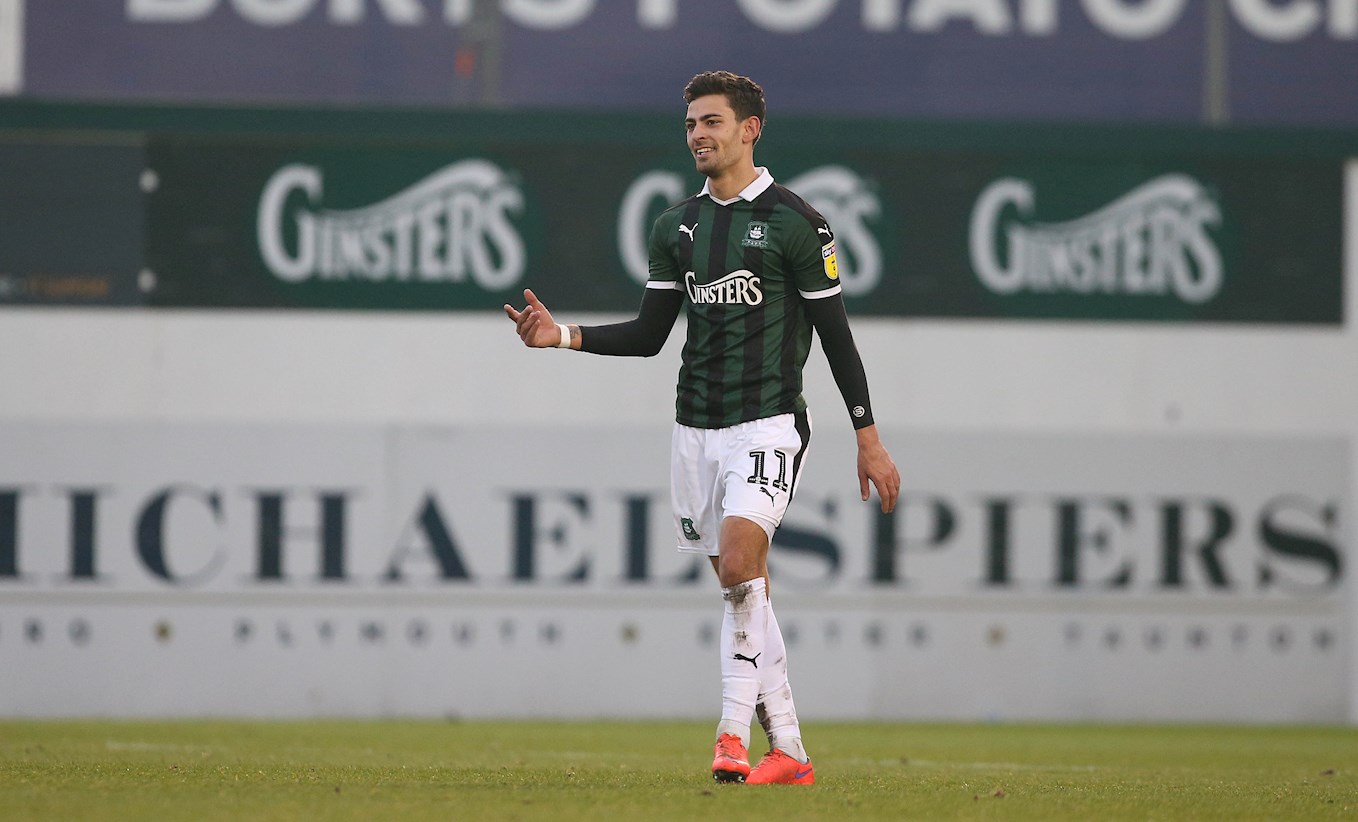 FOLLOWING a red-hot run of form in January, Argyle forward Ruben Lameiras has been voted the League One PFA Bristol Street Motors Player of the Month.

Ruben, backed by an ever-loyal Green Army, polled a massive 35% of the public vote, giving him a clear 11% lead over runner-up James Collins of Luton, who scored 24%.

A distant third was Barnsley’s Alex Mowatt with 13%, while former Pilgrim Ben Purrington led the best-of-the-rest with 10%, ahead of Matty Pearson (Luton) and Andy Cook (Walsall), who both finished on 9%.

Ruben bagged five goals in five games throughout the first month of 2019, leading a resurgent Argyle to clamber out of the relegation zone.

The Portuguese playmaker opened his 2019 account with a brace against Oxford on New Year’s Day, before adding another goal a week later against Southend at Roots Hall. Another double followed a few days later against his former club, Coventry, in a come-from-behind 2-1 victory at Home Park.

Ruben and gaffer Derek Adams are also shortlisted for the Sky Bet League One Player and Manager of the Month awards respectively, and those awards will be decided by an expert EFL panel. The winners will be announced on Friday, February 8.