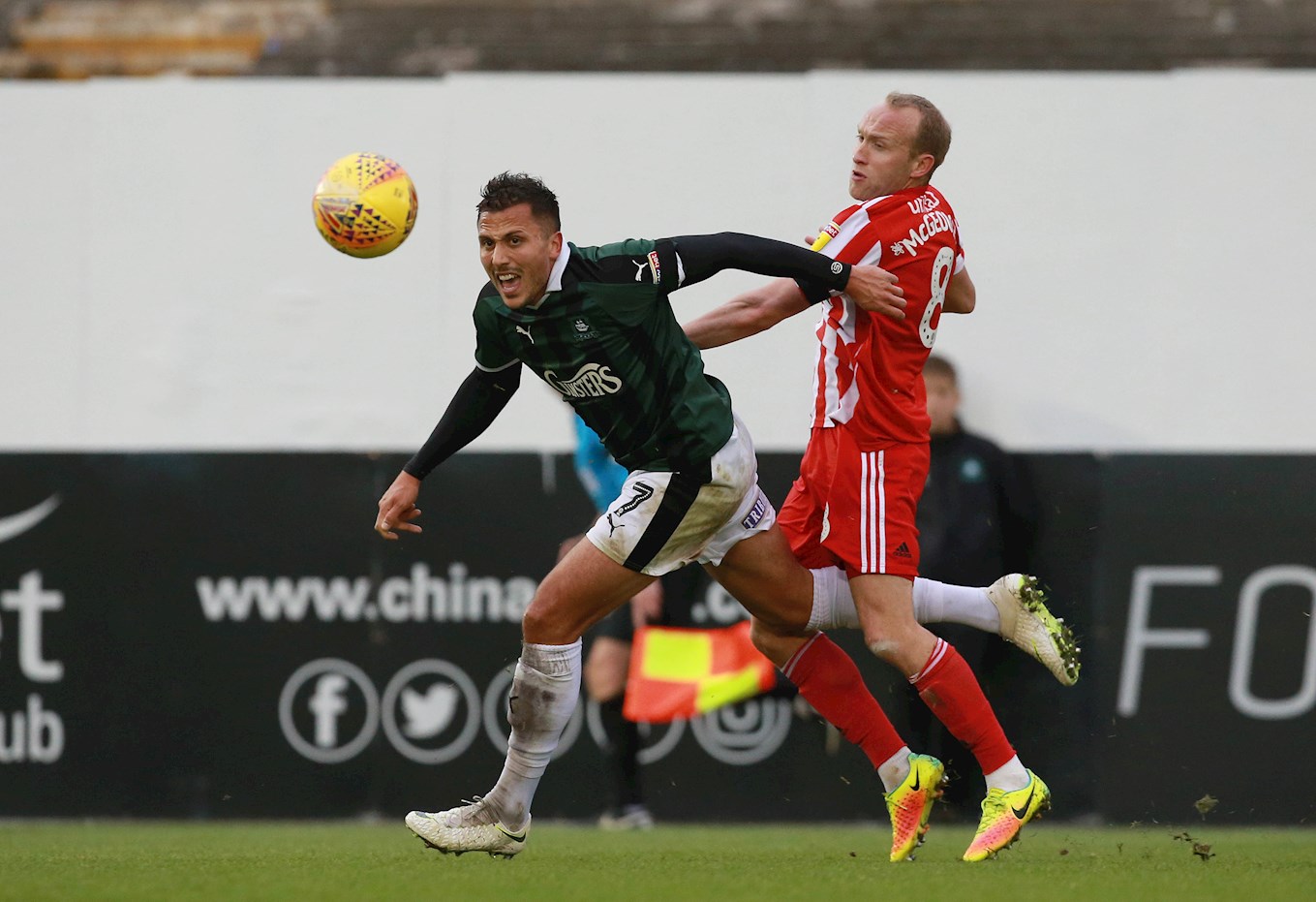 CLUB captain Gary Sawyer is relishing the opportunity to play at the Stadium of Light, one of the country’s most-impressive football venues, on Saturday – but he assures the Green Army that his team-mates are visiting for business, not pleasure.

“As a player, having Sunderland in League One is great for every team,” said Gary. “You can’t hide that, when the fixtures come out, you look to see where they are and when you’re going to play them. It’s going to be great for the boys to go up and play there.

“We’re on a good run at the minute and we want to continue that. Sunderland are the next ones in the way, so we will do everything we can to beat them. That’s the key thing, we’re not going to go up there and just accept trying to get a draw out of them. We’ll try and beat them.”

Argyle travel to Wearside in scintillating form. In the last 10 Sky Bet League One fixtures, only Luton and Barnsley have better records than the Pilgrims, who have won six, lost three, and drawn one. Sunderland, although unbeaten in their last ten matches, have drawn six in this period. Gary, though, still tips Sunderland to force their way into the top two before the season is out.

“I think you can’t look past Sunderland, with the stature of the club, where it’s been,” said Sawyer. “It’s nice to have them down in League One, to get a chance to play them, but I think Luton and Barnsley at the minute, Luton especially, merit where they are. Sunderland, being who they are, would expect to be well up there.

“I think it’s a good time to play them. The pitch should be similar to ours, which I think will help us. In the situation we’re in, I don’t think we’re fearing anyone. It’s a massive game for us, we know how good a team and how good a club they are.”

Gary missed out on the reverse fixture, a 2-0 defeat at Home Park early in the season, through injury. He was watching from the stands, however, and felt that the Pilgrims were perhaps unfortunate not to get a result, with Aiden McGeady’s double the difference between the two sides.

“Everyone knows what he’s capable of,” said Sawyer of McGeady. “He’s been there and done it, so he’s definitely one to watch out for, he can be the difference.

“The boys did really well, I thought that it was probably one of our best performances up until that day. I thought that we pushed them, they had a little bit of extra quality with the lad who scored a goal.”

Gary was a member of the Pilgrims’ squad the last time they faced Sunderland at the Stadium Of Light; back in August 2006, when a late Nick Chadwick goal saw Argyle snatch a dramatic 3-2 win on Wearside.

“We did win there,” he said. “It’s a long time ago now, I was just starting out, effectively. It will be nice to go back up there, I haven’t been up since.