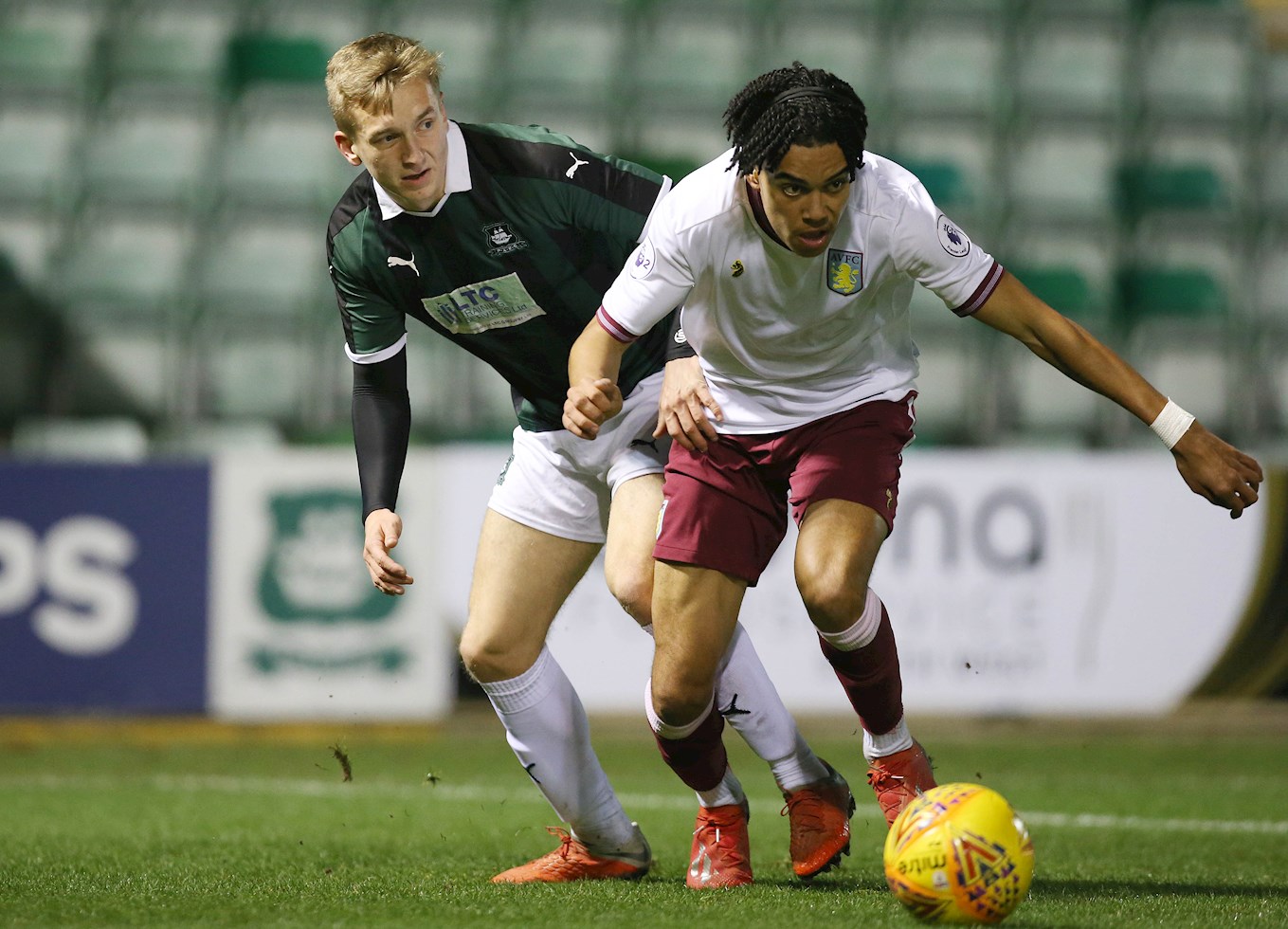 FIRST-TEAM coach Kevin Nancekivell was disappointed to bow out of the Premier League Cup but proud of his team’s efforts after thumping current holders Aston Villa 4-1 at Home Park on Monday evening.

Despite trailing after 17 minutes following some indecision in defence, the Pilgrims, who were able to recall first-teamers Jamie Ness and Conor Grant after injury, had a lead to protect at the halfway stage. Alex Battle levelled from two yards and Luke Jephcott 12 fired us into a deserved lead.

Further strikes from Dan Rooney and captain Alex Fletcher rounded off a fine performance with just over 20 minutes to play. Nance was keen to praise the skipper for his efforts

“He is captain of this team [Alex Fletcher] and he has been all the way through, he led by example and gave their defenders a torrid time,” said Nance. “He, along with everyone else, had a really good evening and we are really pleased with their performances.

“It was convincing, we went a goal behind but showed great character to come back and score four goals and, with a little bit of luck, we could have scored a few more as well, so I’m really pleased.“

Nance is certain that a challenging fixture schedule will only aid the youngsters as they look to make the grade at Home Park.

He said: “It [Premier League Cup] is definitely a step up for the boys, but their attitude has always been spot on. I think they relish the challenge of playing different teams, as opposed to playing the same teams every week.

“It has been brilliant for us, to play against the calibre of teams that we’ve played against in Aston Villa, Derby and Bristol City, at venues like Villa Park.

“As a club moving forward, I think it’s imperative that we continue to play in this type of tournament.“