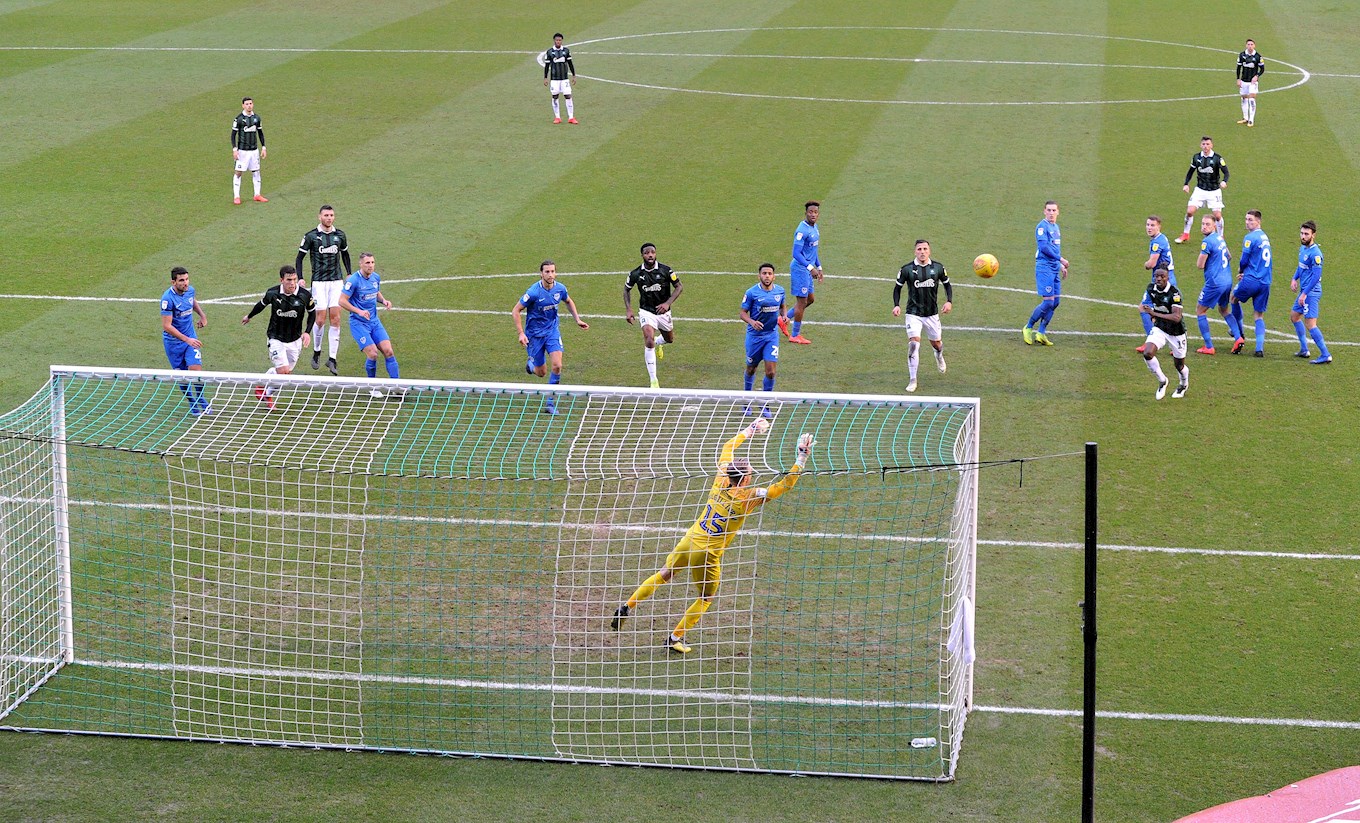 ARGYLE midfielder Graham Carey felt pressure dissipate into thin air the moment his free-kick made the net bulge and restore parity in the 1-1 Sky Bet League One draw against Portsmouth at Home Park on Saturday.

The Irishman bagged his fourth goal of the campaign, and his first at Home Park since notching in the defeat to Doncaster Rovers in late September, to maintain Argyle’s fine start to 2019.

He said: “I was relieved, more than anything. What has it been? Twenty-four games [since his last goal]?

“I felt comfortable, [standing over the free-kick] the wind helped; I knew I just had to get it on target and the wind would add a lot of pace to the ball. I felt like I owed the team a goal, so it was nice to see it go in.”

The midfielder felt it was an astute move by our visitors to force us to go against the norm by making the Pilgrims attack the Devonport end in the first period.

He said: “I think they were quite clever to switch and go with the wind in the first half. The wind was quite strong.”

However, after going toe to toe with our Dockyard rivals, he feels we deserved more than a point, as the Green Army roared on their side in a fantastic atmosphere.

“We wanted to win the game, but circumstances changed in the game,” said Carey. “When we went 1-0 down, we didn’t change our mind-set and I felt we could have went on and won the game.

“We are on a good run at the minute and that keeps the momentum going.”

Argyle remain unbeaten at home in the calendar year and to have denied both Peterborough and Portsmouth recently – two teams that beat us convincingly early in the season – represents the strength of our performances.

Graham said: “I think it’s the way we have played in those games – we looked comfortable, been on the front foot in large parts of those games.

“Four points out of six against two teams that are up there is a good week’s work.”