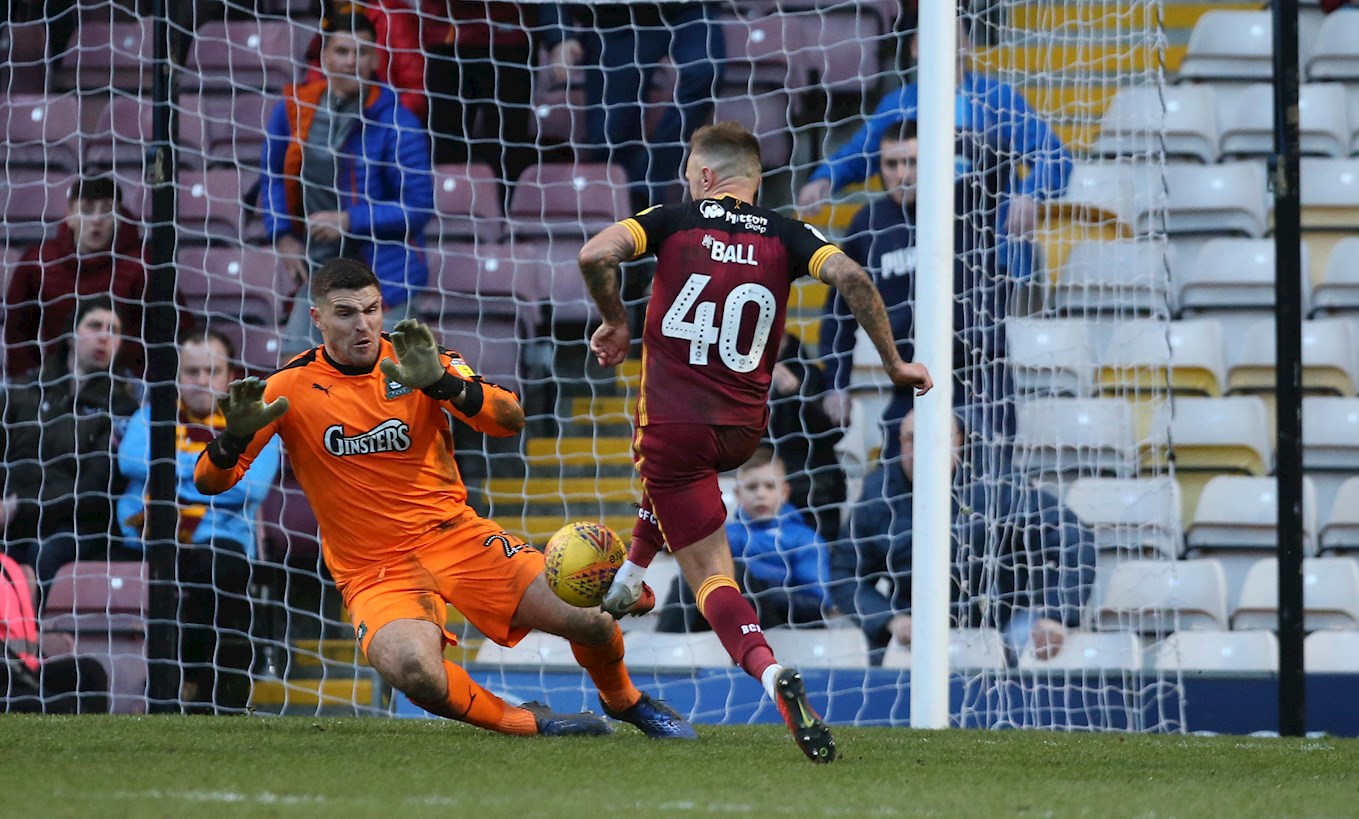 LIKE most people at the Northern Commercials Stadium, Argyle’s in-form goalkeeper Kyle Letheren felt the Sky Bet League One point earned from the 0-0 draw against Bradford City was a valuable one.

He said: “In the first half, there was nothing much in the game; G [Graham Carey] hit the post and we had a few good opportunities in and around the box.

“I thought we dealt with it well. At the end of the day, it’s a good point.

“When we keep it tight at the back, we always have a chance going forward with the players that we have at the top of the park. A clean sheet and a point; we'll take that and move on.”

The result means Argyle have lost just once in their last nine matches since Kyle returned to the side following an injury to Matt Macey, and they are now a match for most sides in League One.

“I think we have always been able to take anybody on,” said Kyle. “Earlier in the season, we were lacking a bit of confidence which showed in results, but we played Pompey last week and matched them, and could have won the game in the end. It was a good point, especially after they went 1-0 up.

“We have shown, in the last 10 games, that we can go foot to foot with anyone and we have the players to score goals.

“If we keep it tight at the back, which we have been doing – we can't rest on our laurels, but we'll keep climbing that league. We just have to keep the scoreboard ticking over in the league and carry on going.

“There is a long way to go in the season. Staying up is the main thing and we'll just take it from there.”