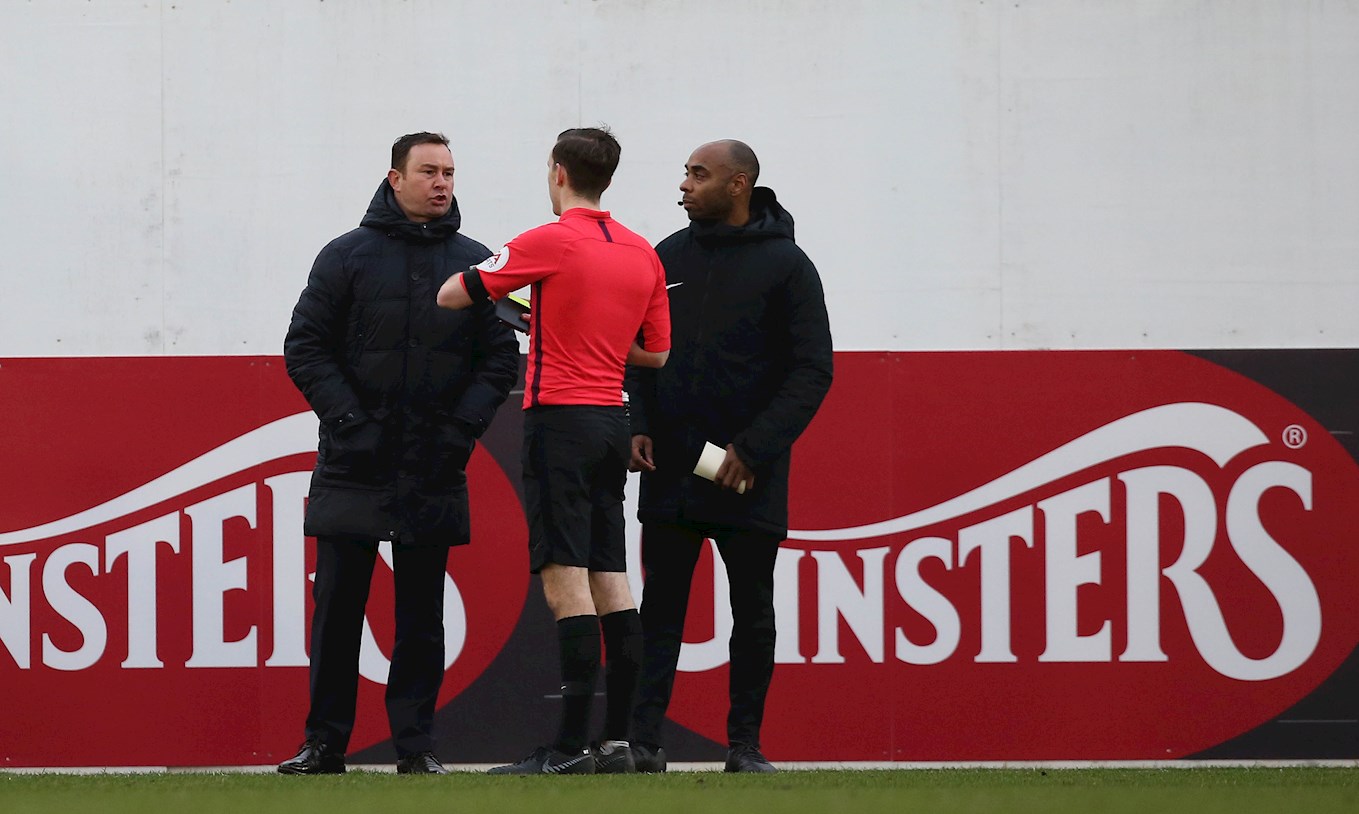 ARGYLE manager Derek Adams was frustrated to have received a yellow card during Saturday’s frenetic Sky Bet League One draw with Portsmouth at Home Park.

The incident occurred shortly after Portsmouth took the lead, with the Pilgrims’ gaffer issued a warning for protesting referee Ben Toner’s decision not to give Gareth Evans a second yellow for kicking the ball away.

The Scot says that referee Toner had discussed the incident with Adams immediately after it happened, suggesting that Evans’ kick happened while play was still active, something which the Argyle gaffer disputes.

“The referee said to me that Evans kicked the ball as the whistle went,” said Derek. “I’ll have to look at that on the video and slow it down. If that’s the case, then I’ll apologise to the referee. If it’s not the case, I expect the referee to apologise to me.”