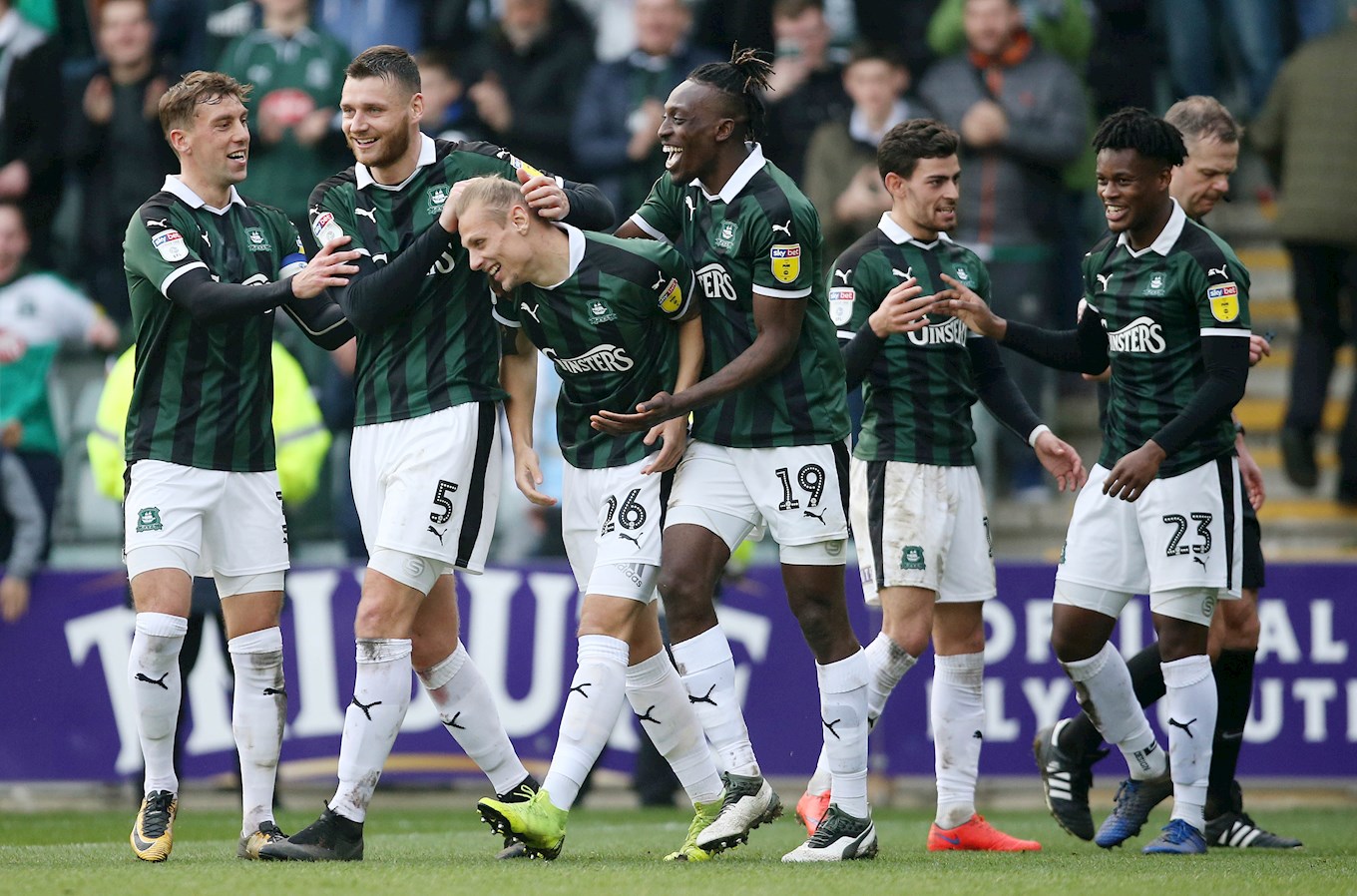 ARGYLE manager Derek Adams is pleased with the strength and depth of his squad, ahead of the Sky Bet League One run-in.

This was perhaps best-evidenced during Saturday’s 5-1 win against Rochdale, in which Adams was able to hand three home debuts to substitutes Lloyd Jones, Paul Anderson and Oscar Threlkeld, who scored the Greens’ fourth with a super drive from 20-yards.

“Good finish from him [Oscar Threlkeld],” said Derek after the game. “He came on for the last five-minutes of the game. It gave him a bit of game-time.”

While Jones and Anderson weren’t able to get on the scoresheet in their limited playing time, Adams believes it was important to give them the opportunity to experience competitive minutes at Home Park, given what has rapidly become a real battle for starting places in a resurgent Pilgrims side.

“It was important to get the three of them back on the pitch,” said Derek. “Lloyd Jones made his debut, we had Anderson and Oscar Threlkeld.

“I just gave them a run-out, we had obviously finished the game by that point, and it gives them an opportunity to play in front of the home fans and make their debuts.”

While Jones and Threlkeld have had to bide their time after joining Argyle in the January transfer window, Anderson’s wait was shorter, having officially joined the club on Friday following a short trial.

“He gives us a different option,” said Derek. “Joel Grant is obviously out, and he gives us that experience where he knows when to run forward, when to keep the ball. He’s played at Championship level, so we’re delighted to have him for the remainder of the season.

“At the start of the season, we were unfortunate with injuries, we didn’t have a settled team, and we could’ve won games that we lost. Now we’ve got a consistency that we are playing to.”

In picking up his tenth yellow card of the season during the second-half, Antoni Sarcevic will now serve a two-match ban, which will see him miss games against high-fliers Sunderland and Luton. As far as Derek is concerned, it now gives another player the opportunity to plant their flag in the sand.

“He’s obviously got booked for simulation, so he’s going to miss the two games now,” said Derek. That’s the way it is, somebody else gets the opportunity, and we move on.

“He’s disappointed that he’s going to miss two games, but coming off a fabulous victory, 5-1, he’s delighted for his teammates.

“We’ve got two big games, we’ll obviously miss him for those games, but we’ve got a good squad now that is looking forward to the final twelve games of the season.”