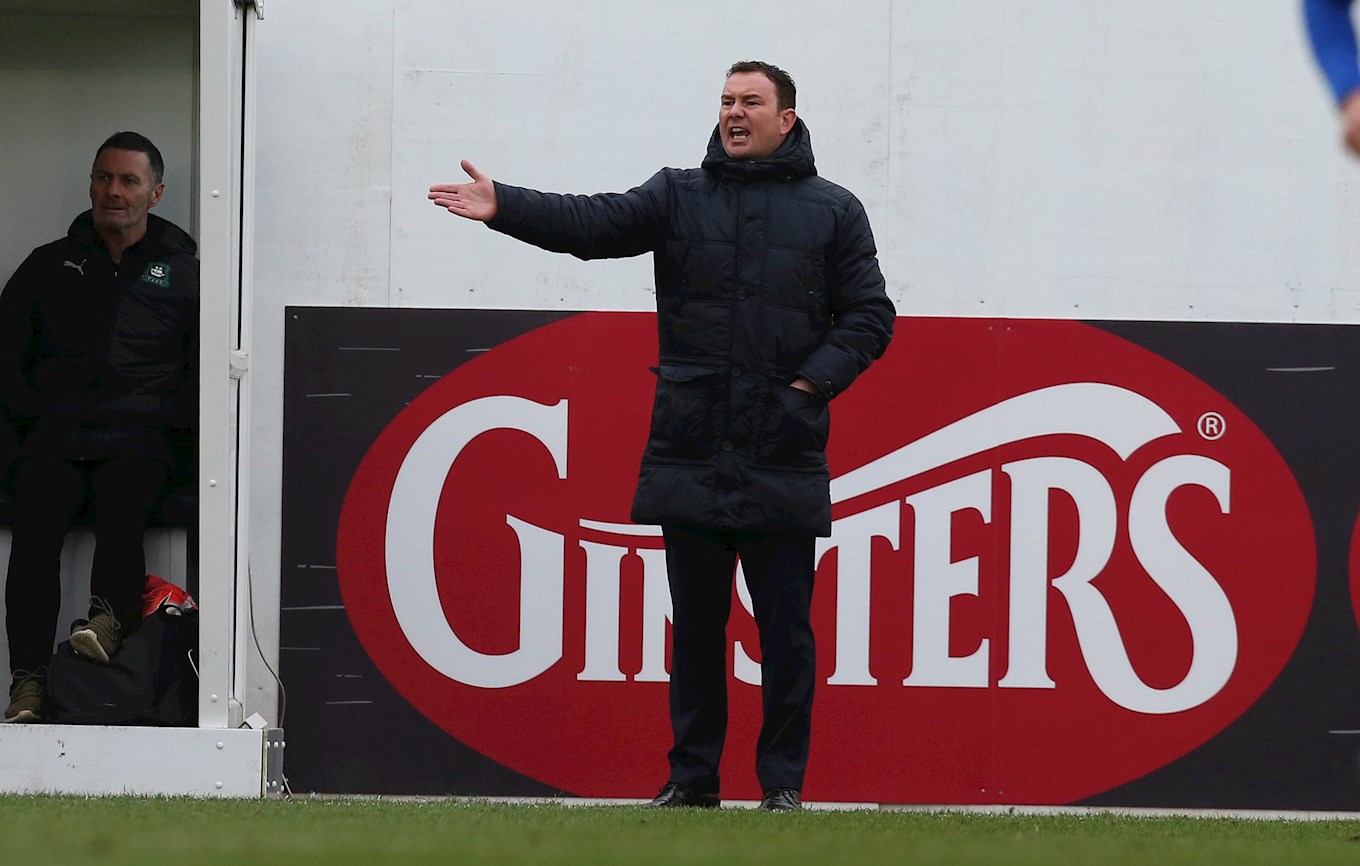 A SLIGHT tactical tweak from Argyle manager Derek Adams at half-time led to a much-improved second-half performance against Portsmouth on Saturday, and nearly helped the Greens to Sky Bet League One victory against their dockyard rivals.

The Pilgrims seemed to win the territorial battle in the second-half, following a tight and goalless opening period, and were perhaps unfortunate not to win the game.

“We felt that we were one or two passes away from getting into a good area, and we just had to get in behind their midfield,” said Derek. “[Ben] Close was sitting deeper of the two in the midfield and was blocking a lot in to our striker, and our number 10 [Graham Carey] has had to come in off the side and get it and go wide.

“We were trying to get the space between midfield and defence to become bigger. That did happen as the game went on, but in the early stages of the game the two central midfielders from Portsmouth didn’t push on to [David] Fox or [Yann] Songo’o; which enabled them to have a lot of the ball, but we couldn’t find the striker. As the game went on, they started to come out of their pocket, so to speak, which allowed us to play in a better fashion.”

Argyle reverted back to their native 4-2-3-1 formation, after opting for a diamond 4-4-2 in the previous week’s victory over Peterborough. That set-up, though, was never going to be in Derek’s mind for the Pompey game on Saturday, and Ryan Taylor made way for Songo’o as the Greens stood up against a different challenge.

Argyle drew level through a Graham Carey free-kick, after Ben Close had given the visitors the lead in the 56th minute. Once the Pilgrims had equalised, they surged forward in search of their first victory over Portsmouth since their famous League Two play-off semi-final win in 2016.

“We moved the ball quicker, the game then became more open and, when that happened, we were able to find our space and find the passes easier,” said Derek.

“We did get ourselves in the penalty box. I would say that Portsmouth defended very well in the later stages of the game, where they had a lot of players in the 18-yard box. They got a nick on the ball, a block, we got corner kicks from it, but they are where they are for a reason."