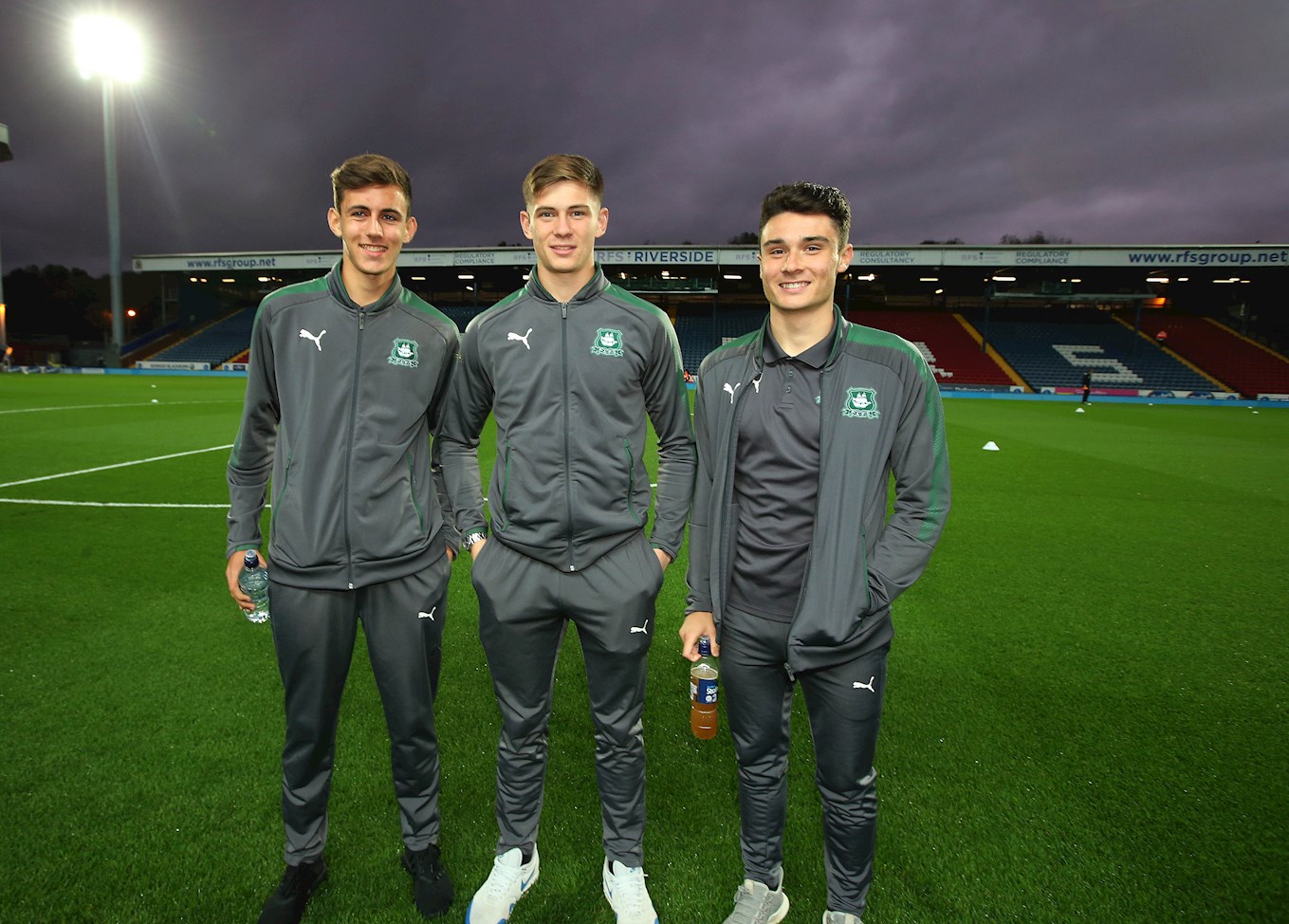 IN the latest from our series of features on Academy graduates as part of the EFL Youth Week, Nino Robertson looks at a team of homegrown talent given their first-team opportunity by manager Derek Adams.

Michael Cooper
Mike joined our Academy aged 11 and was awarded an apprenticeship in 2017. His debut was unexpected, when he played the second half of a game against Blackburn as a substitute for the injured Kyle Letheren. He did exceptionally well, helping Argyle get a point that evening.

Tom Purrington
Tom made his debut in the Checkatrade Trophy against Newport County in November 2018.  He has also been involved in several match-day squads.

Michael Peck
Michael is another young Pilgrim who made his debut in the Checkatrade Trophy against Newport County in November 2018.

Jordan Bentley
Jordan joined Argyle’s Academy at the age of 13 and progressed through the ranks as a promising central defender before winning a two-year apprenticeship in 2015. He sat on the senior bench for the first time in March 2016 and, just weeks later, made his debut as a substitute on the final Saturday of that season, a week after his 17th birthday.

Ryan Law
Ryan has impressed for the reserve side and, like his fellow youngsters, made his senior debut this season in the Checkatrade Trophy against Newport County.

Cameron Sangster
Cameron made his first-team and EFL debuts two days before Christmas Day 2017, six days before his 18th birthday, as an 89th-minute substitute in the 4-1 win at home to Oldham Athletic.

Adam Randell
Adam made his debut in the Checkatrade Trophy against Newport County in November 2018.

Alex Battle
Alex has so far has featured twice for Argyle’s senior team, including the final game of last season at Gillingham, when the Pilgrims had a long injury-list.

Alex Fletcher
In 2008, Alex joined Argyle’s Academy system at the age of nine, and his progress attracted interest from Fulham before he agreed his apprenticeship at Home Park in January 2015. He has made 21 appearances to date.

Louis Rooney
Louis, from Torpoint, older brother of current Argyle prospect Dan, joined the Academy at nine years of age and went on to appear four times for the senior team.

Luke Jephcott
Luke made his EFL debut in October 2018, appearing as a late substitute and thereby becoming the first player born in the 21st century (and third millennium) to play for Argyle’s first-team.