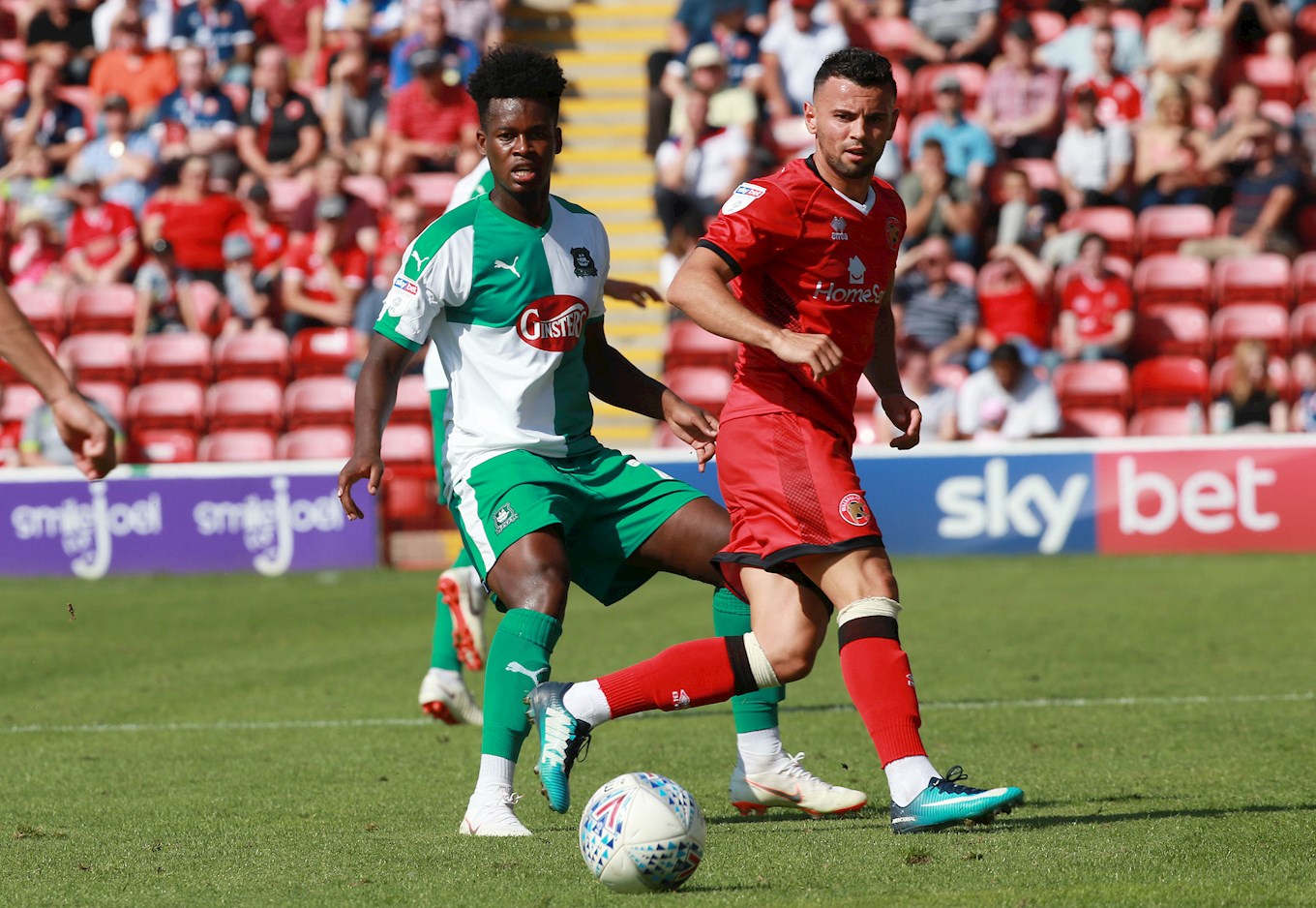 ARGYLE full-back Ashley Smith-Brown has no regrets about swapping the comforts of the Manchester City under-23 squad for the rough-and-tumble of Sky Bet League One with Plymouth Argyle.

“It’s a bit far from home,” said Ash, “but it’s something that I’ve done before and it’s nothing I’m not used to. I’m enjoying my time here, and I’m enjoying the football as well.”

Ash has been one of the Pilgrims’ more consistent performers in Sky Bet League One this season, having operated on both sides of the back-four, but what has transitioning from Premier League reserves to lower-league football been like for the former NAC Breda loanee?

“There’s probably a bit more demand to win here,” said Ash. “Obviously, the results mean a bit more to people - we’re in a league - and in reserve football there’s not much to play for at times. I’d probably say it’s a bit more physical; you have to be strong in the tackle, that’s probably the biggest difference.

“I’ve probably changed my play through experience. It’s just the little things you have to cut out, like concentration; you have to be on it for the whole 90 minutes, and just probably communicate a bit more.”

The additional physicality of League One has been offset, for Ash at least, by the buzz of switching behind-closed-doors reserve fixtures for league games in front of passionate sets of supporters; none more so than the Green Army.

“Even if’s miles away, they still come out in their numbers,” he said. “They always know how to encourage and spur us on, so they’re a good bunch of fans.

“It’s a big part of me coming here – I knew what the fanbase and the support was like.”