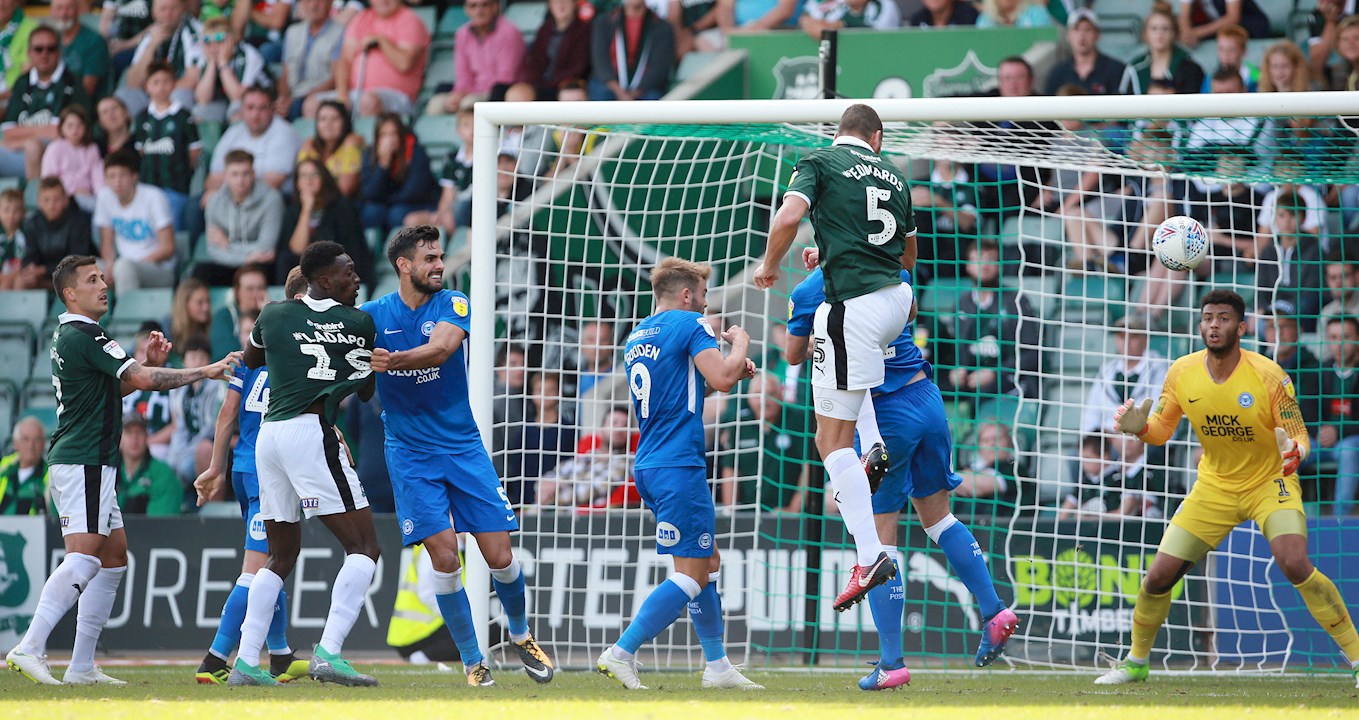 DESPITE last-week’s narrow 1-0 Sky Bet League One defeat to Wycombe, Argyle head into Saturday’s tie at London Road third in the form table, having won four, drawn one and lost one of their last six games.

Meanwhile, their opponents, Peterborough United, have endured an indifferent run of form which led to a change of management, with Darren Ferguson inheriting a side with two wins, two draws and two defeats to their name over the same period.

Ferguson is now in his third spell in charge at the Cambridgeshire club, having led the Blues to promotion from League One in both of previous periods in charge. He left Doncaster in the summer, having won promotion from League Two with the Yorkshire club in 2016/17, competing with Derek Adams’ promotion-winning side in the process. Darren, son of Manchester United legend Sir Alex Ferguson, took charge of his first Posh game (since becoming manager for the third time) in the 2-2 away draw at Bristol Rovers in midweek.

Peterborough and Argyle have acquired the exact same amount of points at home this season (21 points from 15 games), but it’s their respective records on their travels that set them apart. Darren Ferguson’s side have the second-best away record in League One, bettered only by Portsmouth, with 28 points from 15 away fixtures. Argyle, meanwhile, have earned 12 points from the same number of games.

Posh have the fourth-best offensive record in the division, with a return of 49 goals from 30 Sky Bet League One games, while Argyle’s attack is just about average, scoring 38 goals from 30 games, making them the 12th most potent force. Defensively, both sides are below average for the division. Ivan Toney is the team’s top scorer in Sky Bet League One, netting 11 goals this season, one ahead of striker Matty Godden, on 10.

Peterborough currently occupy the final position in the Sky Bet League One play-offs, three points ahead of seventh-placed Doncaster, but having played two games more. The club sits eight points off their pre-season aim of the automatic promotion places. Meanwhile, Argyle currently occupy 17th place in the table, two points clear of the relegation zone, but only six points behind 10th placed Fleetwood Town.

A win for Argyle would pull the Pilgrims further away from the drop zone and closer to the mid-table mix, while Posh will be hoping to secure their credentials as a promotion contender.