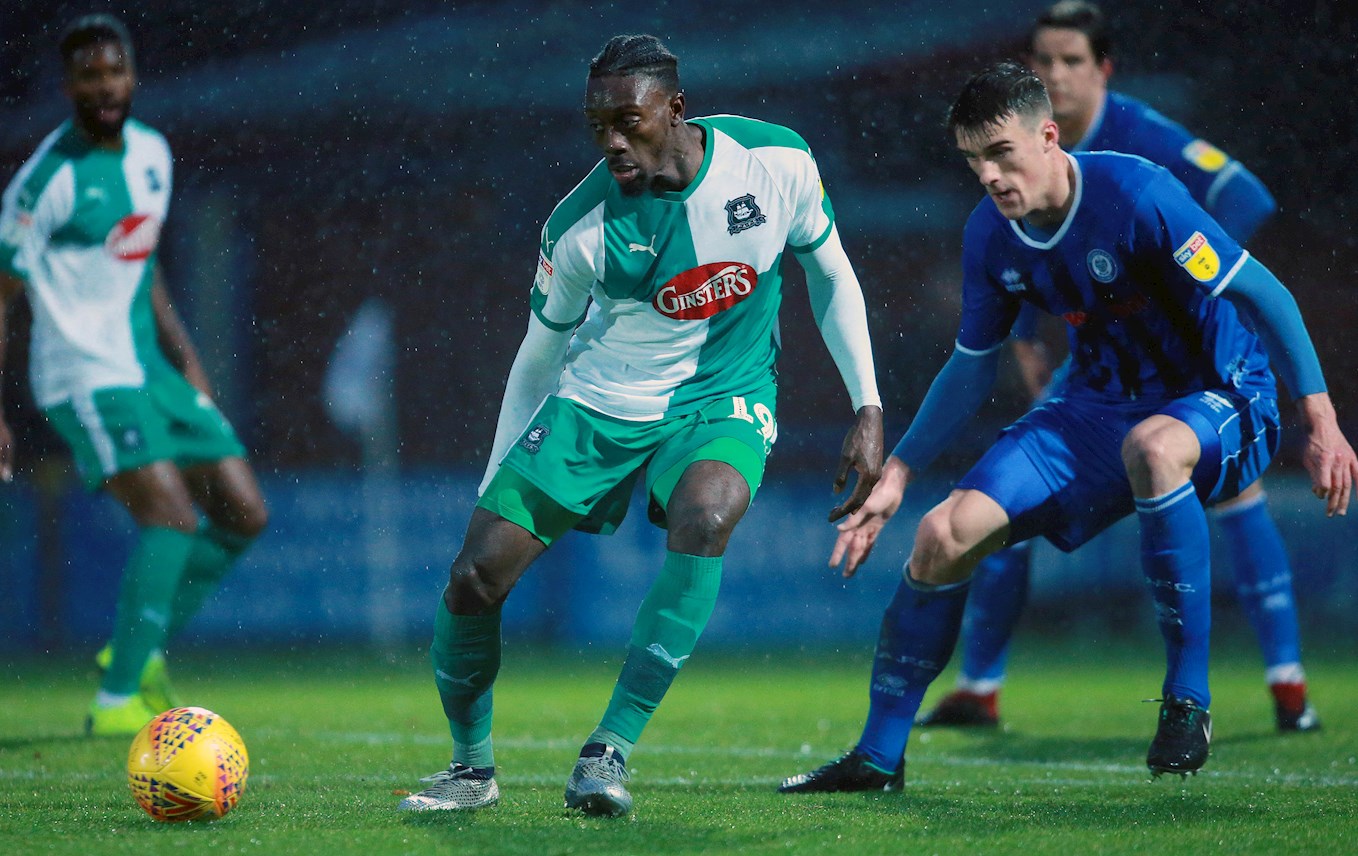 ROCHDALE took a punch to the gut in midweek after losing a 4-3 thriller to Wimbledon in the 95th minute. Now they travel to Home Park to face an Argyle side in Sky Bet League One, who have only dropped two points at home since New Year.

Only four points separate the sides, Rochdale sit one point above the drop zone on 34 points, while Argyle sit on 38 points, but our recent form is considerably better. In their last six fixtures, Rochdale have picked up just four points from 18, a 2-1 win at Walsall and a 1-1 draw with Fleetwood.

Dale manager, Keith Hill; who is of course a former Pilgrim is in his second stint at the helm. He returned in 2013 after a brief spell at Barnsley and was earlier this year rewarded with a new five-year contract to keep him at the Crown Oil Arena. During his playing career; the two teams he made most appearances for are the two in action today, having played over 120 times for Argyle and over 150 times for his current employers.

Graham Carey scored for the first time in 24 games with a super free-kick in the Dockyard derby against Portsmouth on February 9 and kept our fine home form going. Argyle have 22 points after 16 home games, whereas Dale have 19 points from 16 away outings.

Argyle’s formidable home form has only really shone through in 2019 and, due to that, we have conceded once in 88% of home games, while that stat is reversed for Dale, who have scored in 88% of their away games.

Keith Hill’s side have picked up 10 points since the two sides faced up on December 15 last year – Argyle won 2-1. In comparison, Argyle are 18 points better off since then.

What seems to be the glaring problem for Dale is keeping the ball out of their net as opposed to scoring themselves, because they actually have one more goal than us (41).  Offensively, they are a threat and 34 year-old Ian Henderson is by some distance their top scorer with 17 goals, all of which have come in league duty except one, which came in the FA Cup against Gateshead in November.

Rochdale have conceded 67 goals, which is the most in the league, 10 more than second most Gillingham and 14 goals more than Derek Adams’ side.