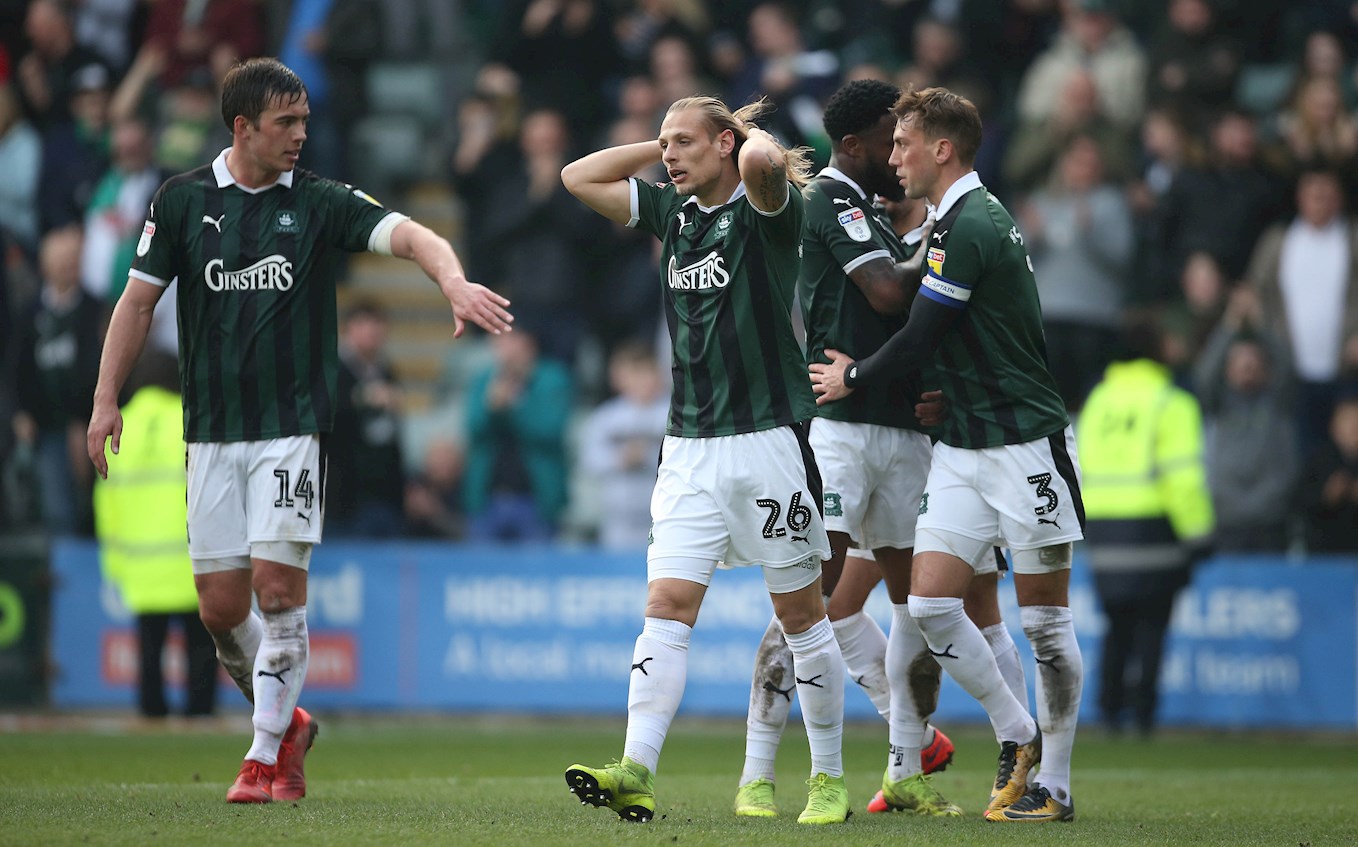 OSCAR Threlkeld dedicated his goal to the Green Army on Saturday, as Argyle cruised to a 5-1 thrashing of Rochdale, our biggest win in the Sky Bet League One so far this season.

Ozzy’s neat finish was Argyle’s fourth of the afternoon at Home Park, after Freddie Ladapo had notched a brace and Ryan Edwards had atoned for an earlier error to restore our lead.

It was Threlkeld’s first since joining on loan in January from Waasland Beveren in Belgium and even though it is his fourth debut, he appreciated the warm reception he got when coming on as an 80th minute substitute.

“It’s another debut for me and obviously a great reaction from the supporters, it felt like I had never been away,” he said. “It does feel great, the fans have stuck by me even though I went away and came back, that goal was my gift to them.“

A 20-minute cameo appearance, also from the bench, in the recent 0-0 draw at Bradford, was all he’s had in terms of action in a Greens shirt but he is well aware that patience is part and parcel of the game.

“I’m old enough to know about being patient in football, me and the gaffer have a great relationship, if I need to talk to him I'll go and speak to him, and vice versa,” said Ozzy.

“Once I get on the pitch, I just have to give it my all. I did that away at Bradford and here today, so it’s going to give him a headache. I just have to work hard.

“It was great to get on and get some minutes. Obviously, it has been a long time coming, I couldn’t get in the team because they’ve been playing so well and winning games, so I had to wait my turn.”