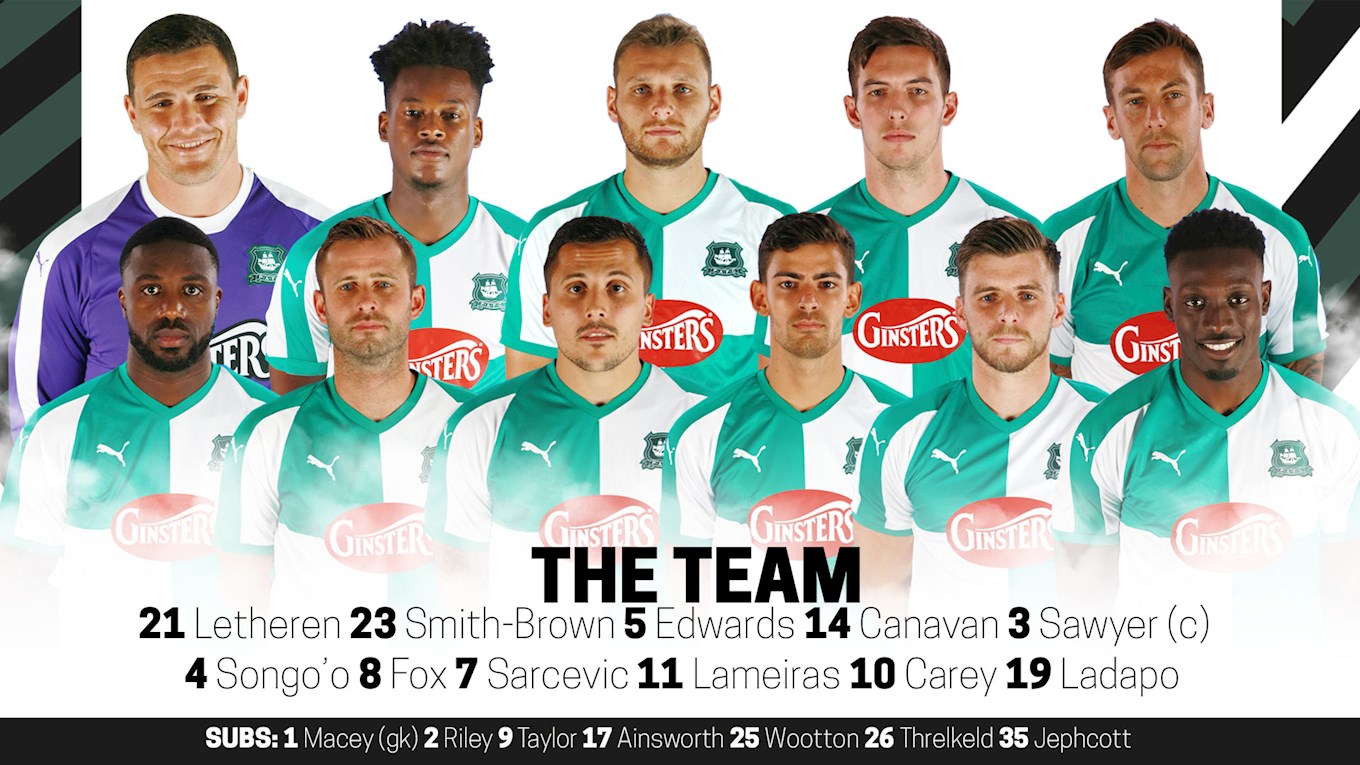 ARGYLE fielded the same starting line-up for the fifth Sky Bet League One game in succession when they visited Wycombe Wanderers on Saturday afternoon.

The Pilgrims had won their four previous league games going into the game at Adams' Park.

With no new injury concerns, and with midfielders Conor Grant and Jamie Ness, and forward Joel Grant remaining unavailable, manager Derek Adams' selection was something of a formality.