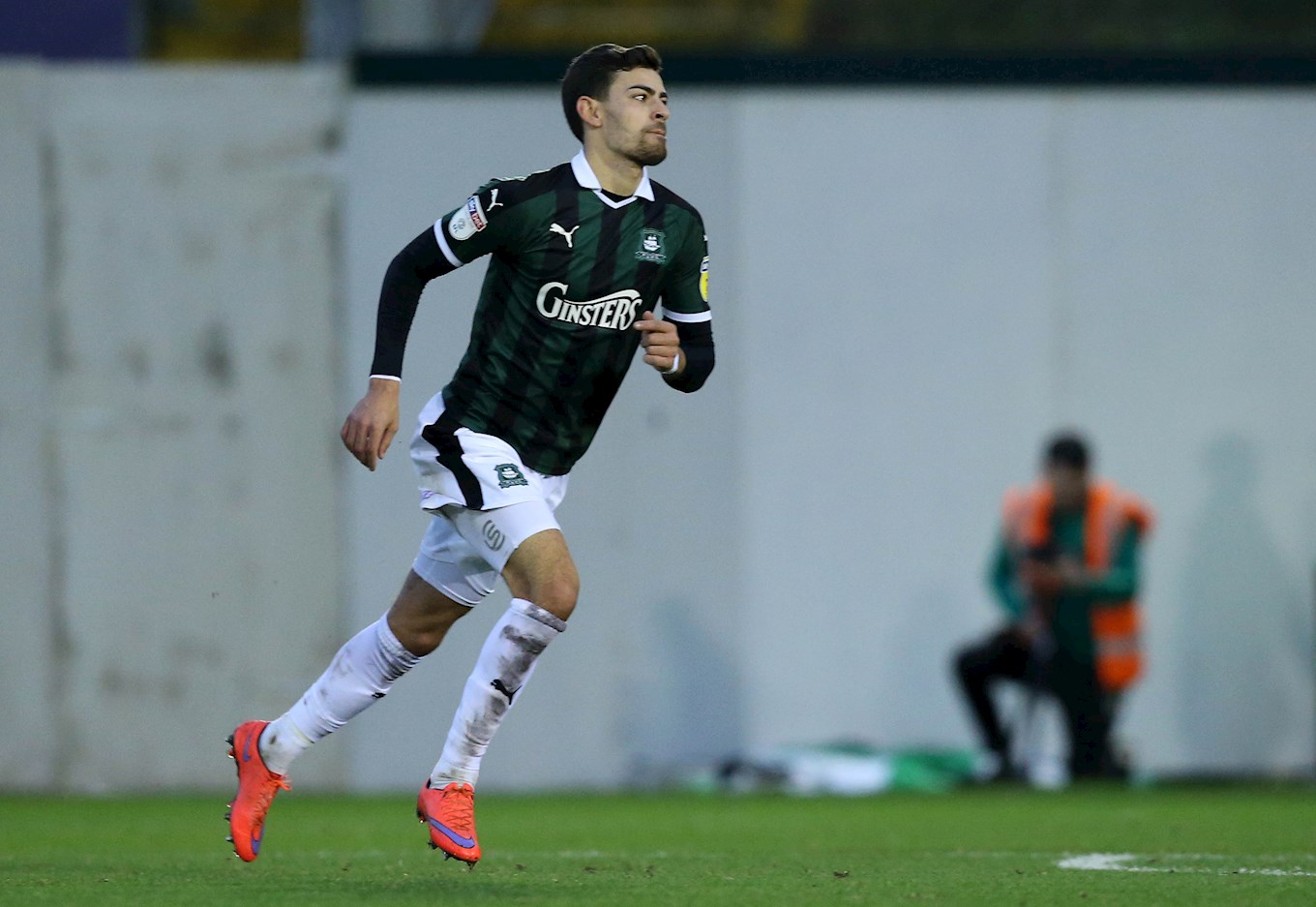 A DOUBLE from Ruben Lameiras, to take his personal goals tally for the season to seven, helped usher in the new year for the Pilgrims in some style.

The midfielder’s second, midway through the second half, will go down, not only as a strike which epitomises everything that is good about his play but as one of the all-time great Home Park goals.

A solo effort, from not far off halfway, in which his run on goal mesmerised the Oxford defence before he fired home, was spellbinding from start to finish.

The goal was set up by the indefatigable Antoni Sarcevic, who had opened the scoring in the ninth minute. Lameiras made it 2-0 four minutes before the break. A second clean sheet in 13 home league games completed a fine afternoon.

Argyle had started their first game of 2019 with one change to the side that had begun their final match of 2018: former Oxford player Ash Smith-Brown, a first-half substitute for injured Joe Riley in the 1-1 draw at Burton, retained his place at right-back.

Oxford included former Pilgrim captain Curtis Nelson and ex-Argyle forward Jamie Mackie, who skippered the U's against his former side.

Smith-Brown found himself on the edge of the area and, ignoring a packed Home Park’s exhortations to unleash a first-time shot, dropped a shoulder to buy himself time for a more steady effort.

The ball took a deflection off Josh Ruffels and, with goalkeeper Simon Eastwood wrong-footed, fell sweetly to Sarcevic, who slammed home the relatively easy pickings for his second goal in successive games against the U’s.

Argyle manager Derek Adams had likened the Burton encounter to a basketball game and there was a certain to-and-froness about this encounter, too.

Marcus Browne nearly pegged back the Greens when he arrived late at the far post, but his connection with James Henry’s sharp teaser form the right was imperfect.

Argyle’s response came from Carey’s exquisite ball over the top that begged Ladapo to take on Nelson one on one. He did, and just about got the better of his man before trying one of his favoured curlers that was blocked long before its intended destination of the far post.

Then Carey found a great position inside the Oxford penalty area to latch on to Sarcevic’s fine pass but could not get the ball out from under his normally twinkling feet.

The visitors had a wee period of ascendancy in which Letheren got himself squarely behind shots from Mackie and Gavin Whyte before Argyle wrestled back the initiative, with interest.

The Pilgrims’ front three, with Sarcevic in close support, simply became as close to unplayable as they have been all season.

Lameiras scored for the second game in succession, finishing coolly after Carey had pressed hard to win the ball in midfield and play in Ladapo to tee up the Portuguese midfielder for his sixth goal of the campaign.

That set up an imperious Pilgrims phase before a half-time whistle no-one in Green wanted to hear in which Carey was denied only by a spectacular finger-tip save from Eastwood and Ladapo twisted and turned to find space for a shot that was blocked at the last.

Oxford tried to give respite to their overrun midfield by introducing John Mousinho for Whyte at the interval but Argyle showed no signs of dropping their intensity.

A deserved third nearly materialised when Carey, whose increasing influence marked him out for some fairly brutal treatment, floated in a free-kick that both Edwards and Yann Songo’o were close to getting a forehead on.

Oxford were not without their moments, although they were few and far between, and Browne wasted a chance through poor control before Rob Dickie headed over from a corner.

The game was settled emphatically midway through the half, when Lameiras blew away any lingering thick heads from the night before with a goal that had Home Park on its feet.

Sarcevic, a giant amongst Oxford pygmies in midfield, bravely won a 50-50 ball for the umpteenth time and headed it into the path of Lameiras, still 30 yards from goal and with half the Oxford defence between him and the target.

No matter. His control and direct running ensured he maintained control of the ball as he advanced on goal before an expert shot across Eastwood completed the job. Fair play to referee Brett Huxtable, too, for not calling the foul on Sarcevic and allowing such a wondrous goal to follow.

Oxford showed some fight, but Argyle’s defence, in which Edwards’ performance was the most exceptional in an outstanding effort all round, stood firm.

A confidence-brimming Lameiras nearly topped off a memorable afternoon with a first senior hat-trick, only to be denied by another fine Eastwood save.

Instead, Lameiras had his deserved moment in injury-time, when he was substituted to allow him to draw a standing ovation and a stadiumful of ‘Roo-bin, Roo-bin’ cheers.