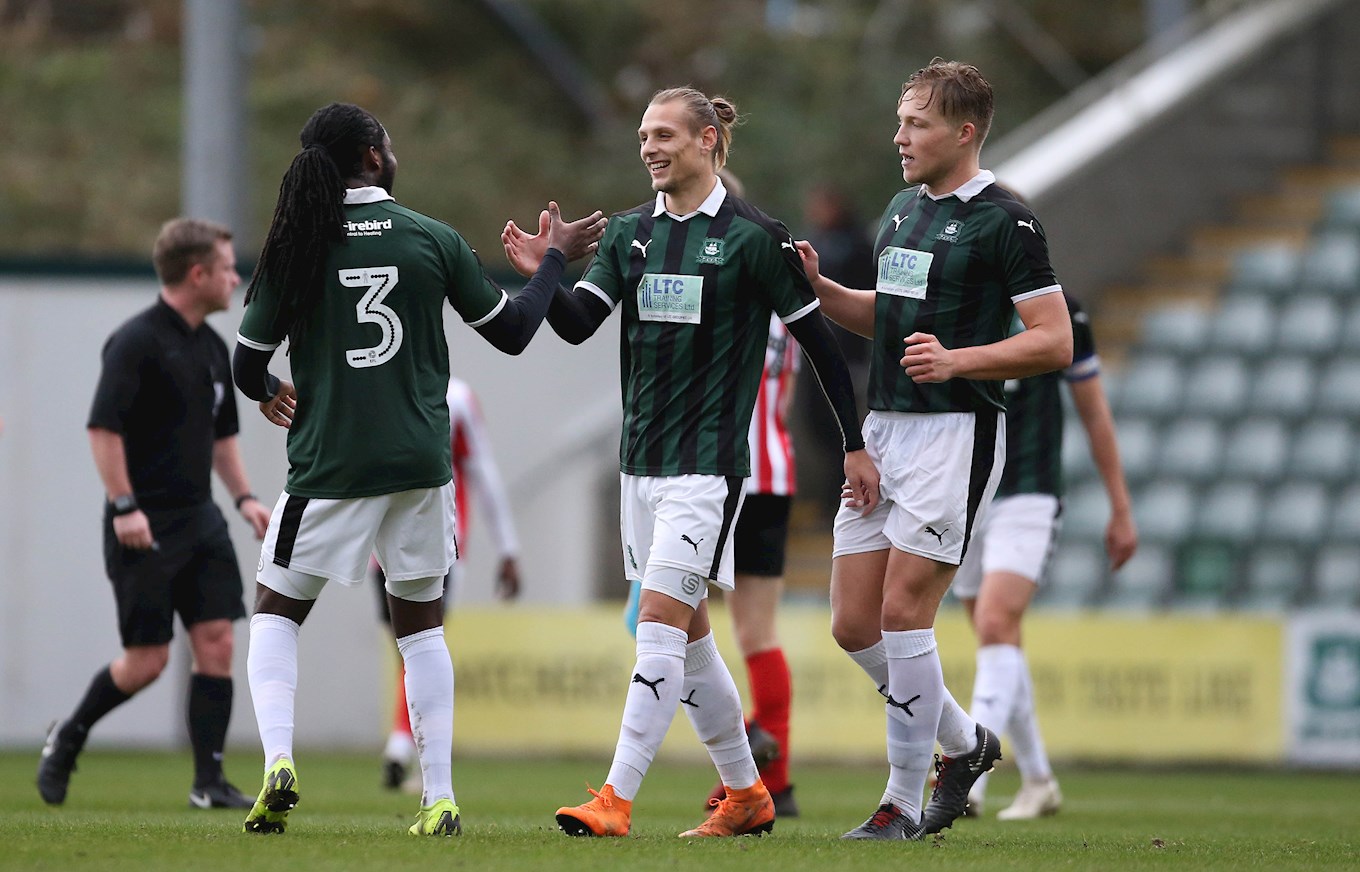 A STRONG Argyle side maintained their unbeaten record at the top of the Central League with a comfortable 7-0 win over Cheltenham Town at Home Park.

A Calum Dyson hat-trick, as well as goals from Oscar Threlkeld, Ryan Taylor and Luke Jephcott, ensured Argyle maintained their impressive Central League form in a game where they, in truth, could have scored even more.

The team set up in a 4-4-2 formation, with Threlkeld experiencing his first minutes in the green-and-black since his loan move from Waasland-Beveren. The returning Pilgrim lined-up in the heart of midfield, supporting Derek Adams’ claims that he was signed primarily to play in the centre of the park. Scott Wootton, on the road back to match-fitness, donned the captain’s armband against the youthful Robins.

The Greens, backed by a smattering of hardy season-ticket holders on a chilly January afternoon, came close to opening the scoring as early as two minutes in. A smart move involving Tafari Moore, Dyson and Taylor released Jephcott down the left. Jeph burned past his marker and continued on into the box, before eventually being denied by a smart stop from visiting ‘keeper Freddie Lapworth. It was a sign of things to come.

The floodgates finally opened in the 29th minute, when Joe Riley made the most of some generous marking on the right flank to deliver a pinpoint cross. Taylor, 10 yards from goal, shrugged off his marker to connect sweetly with the header and notch Argyle’s well-deserved opener.

The Greens, buoyed by the breakthrough, had a flurry of chances to double their lead, but efforts from Jephcott, Threlkeld and Taylor were denied in quick succession by last-ditch tackles and some heroics from Lapworth.

Just before half-time, Argyle doubled their advantage. Jephcott, starting from just inside his own half, laid the ball to the feet of Dyson who, with his back to goal, attempted a creative backheel for Jephcott to chase in behind. Jeph duly obliged, forcing another stop from Lapworth. From the resultant ricochet, the Argyle forward centred the ball, with a Cheltenham defender eventually turning the ball into his own net under pressure from Dyson.

The half-time introduction of Ryan Law for Dan Rooney brought about a tactical change – Moore, who played left-back in the first-half, switched across to the right to accommodate Law, with Riley moving into the engine room.

Law wasted little time in making his mark, assisting Argyle with their well-taken third on 55 minutes. Cheltenham were unable to clear their lines after another period of Green pressure, the ball eventually working its way to Law, who crossed for Dyson to head emphatically into the top corner.

With the result looking beyond doubt, coach Kevin Nancekivell opted to bring first-team contenders Matt Macey and Taylor off, allowing youngsters Mike Cooper and Alex Fletcher to get in on the action – but Argyle weren’t about to ease off, finishing the game in rampant style.

Threlkeld added a fourth from outside the area with a superb low drive into the bottom corner on 67 minutes. Five minutes later, Dyson notched his second and Argyle’s fifth of the afternoon, rounding the ‘keeper and slotting home with ease after a Lionel Ainsworth through ball.

He completed his hat-trick on 85 minutes with the simplest of tap-ins following a mazy run and pass from substitute Fletcher. A seventh came just before the final whistle when, Jephcott, who deserved a goal, got two bites of the cherry from six yards after Ainsworth hung a cross up at the back post.