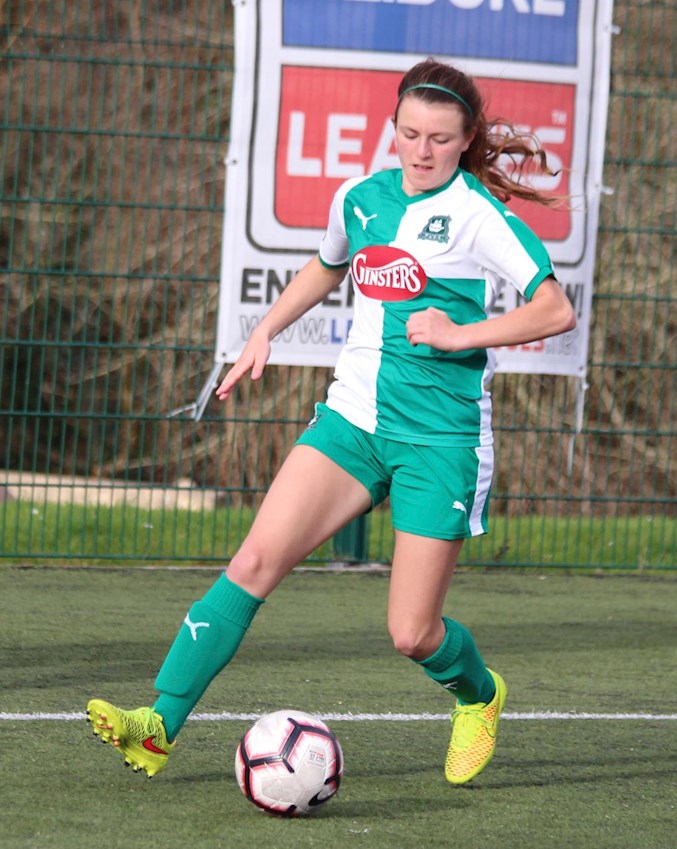 ARGYLE Ladies put in a spirited performance against Crawley Wasps in the third round of the National League Cup before bowing out in an eight-goal thriller at Coach road against a team that are unbeaten this season.

Crawley had led at half-time through top goal scorer Sian Heather and quickly doubled their lead soon after the restart. However, with 15 minutes to go, Argyle began their recovery with substitute Kayley Lane heading in a corner for the Pilgrims.

The goal put Argyle in the ascendancy and, in stoppage time, Kate Middleton stepped up and fired in a bullet of a free-kick to level the scores, and send the match into an extra 30 minutes.

When play restarted, it was Crawley again who took the lead, all be it not for long, with Leah Burridge popping up to score Argyle’s third goal of the game.

It was always going to take a superb goal to decide the match and it came in the form of Crawley’s Faye Rabson, exexuting an excellent solo run and finish worthy of winning any cup tie.

Crawley scored a fifth late on to complete the scoring but it was the manner of the performance, not the result, that will be most pleasing for Argyle.

“I asked for fortitude and courage,” said Argyle joint-manager Trevor Rodd. “I got it in bags. Gutsy, never say die attitude from all the ladies. Whoever watched the game certainly got their money’s worth.”

The young side raced to a 3-0 lead with goals from Faye Ivall, Nicola Champion and Gabi Alphous. Alphington fought back and drew level, but Argyle were able to claim all three points through Alphous’ second goal of the game.

Argyle’s next game is at home against Watford Ladies this Sunday at 2pm, whereas the development team travel away to Bideford.