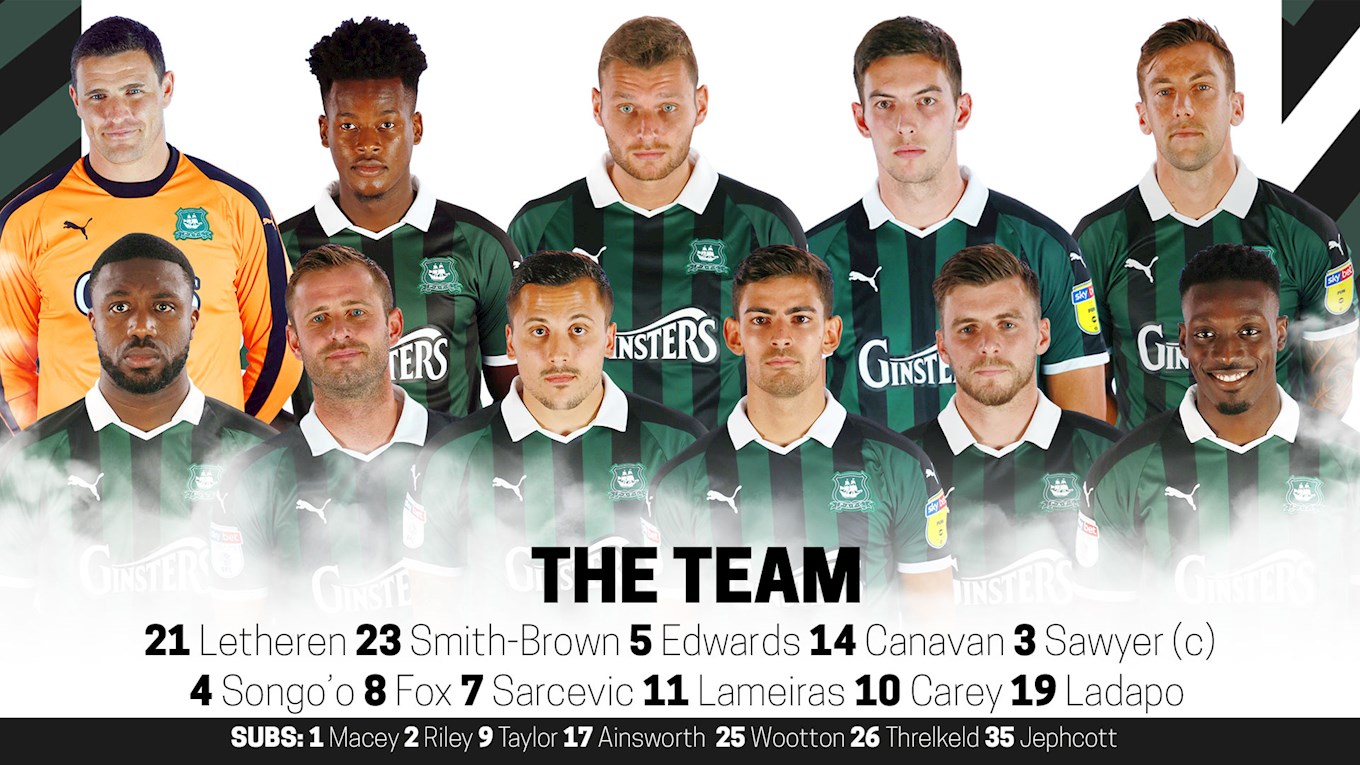 ARGYLE fielded an unchanged starting line-up for their Sky Bet League One game against Coventry City at Home Park.

Manager Derek Adams selected the same 11 that had paved the way for a 3-2 win at Southend United seven days earlier.

The side included former Sky Blue midfielder Ruben Lameiras, who went into the match in a rich vein of form, having scored four goals in his previous three matches.