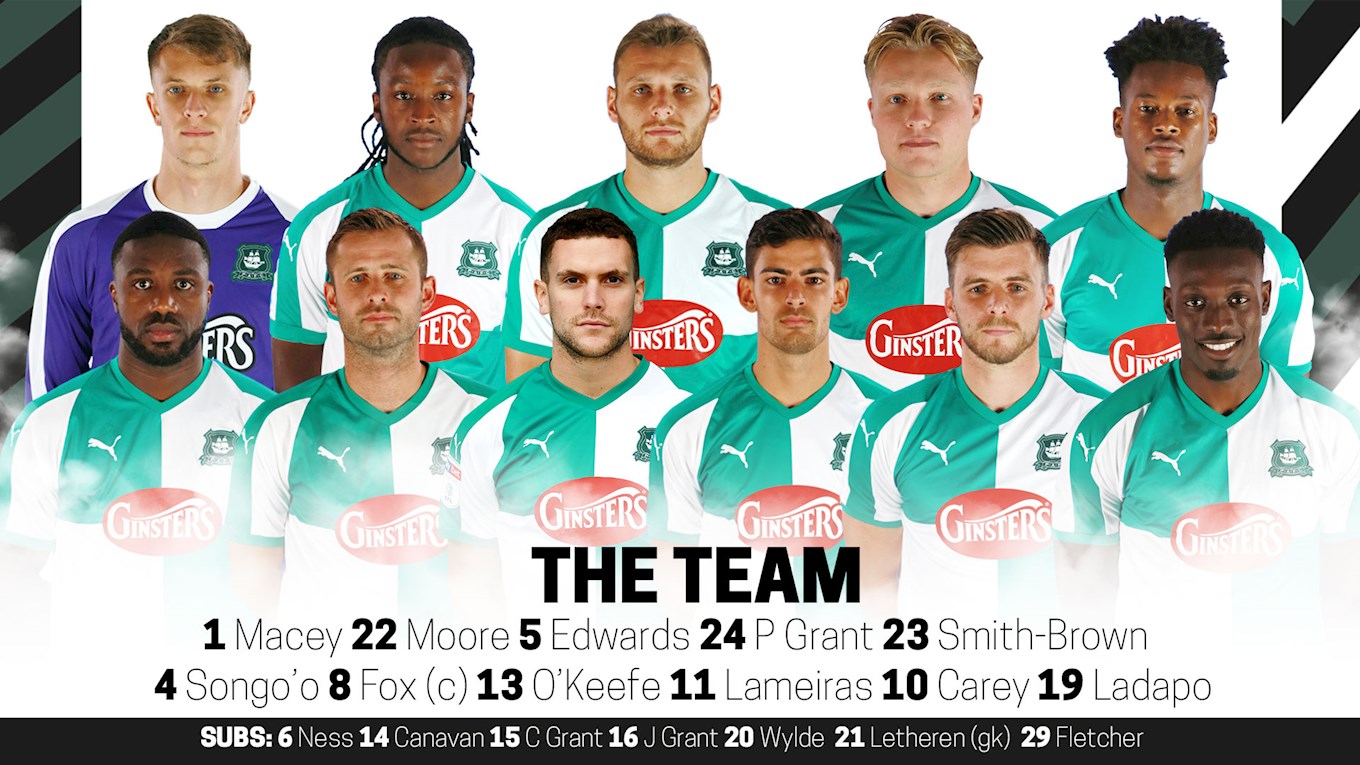 ARGYLE made one change to their starting line-up for their New Year's Day game against Oxford United a Home Park.

Kyle Letheren continued between the posts, with second-year apprentice Tom Purrington called into the match-day squad.