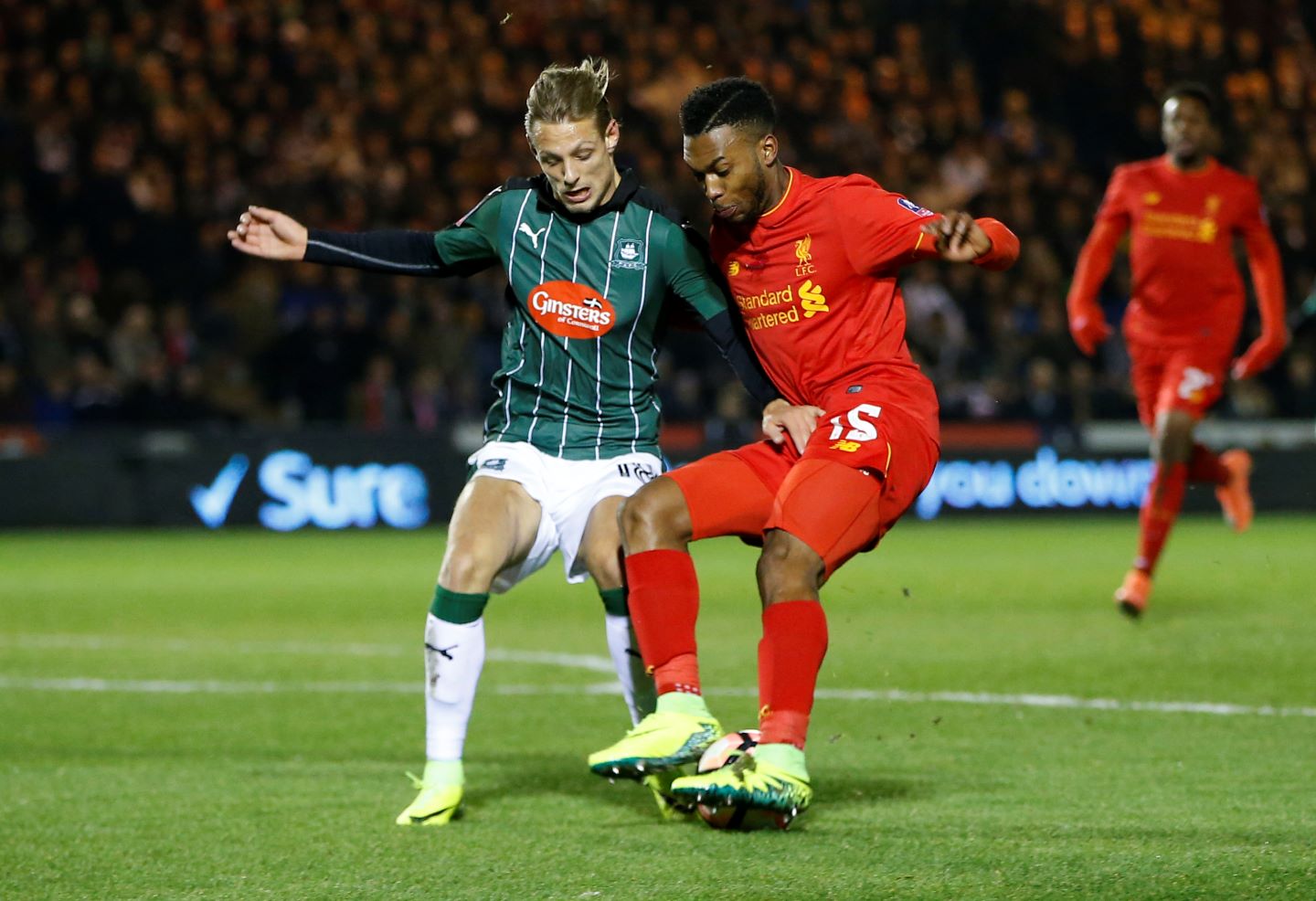 COMING back to Home Park for his fourth stint as a Pilgrim, Oscar Threlkeld is delighted to be back among old and new friends.

After two loan spells from Bolton Wanderers and then a permanent switch to Argyle in 2016, Ozzie moved to Belgian club Waasland-Beveren last summer, but a lack of first-team opportunities in his foreign adventure prompted a return to PL2 for the remainder of the season.

Ozzie will be in contention for involvement in Argyle’s trip to Southend United in Sky Bet League One on Saturday but his immediate focus was to savour the pleasure of being back in Plymouth, and reigniting his terrific relationship with the Green Army.

“I can’t get enough of this place, it feels like home,” he said. “It’s nice surroundings, this is my fourth time here, I know the fans and most of the lads.

“I wouldn’t say it’s comfortable but it does feel like second nature. It’s always nice to be recognised when you go somewhere and someone knows your name, as long as you’re recognised for what you do on the pitch. My mum always says that ‘without your fans, you’re nobody’. That’s been drilled into me.

“It’s great to be back among familiar faces. I went down to the Barbican and it’s a beautiful place. I’ve got friends outside of football here and I love the city. I could buy a house here and live here.”

Although the surroundings remain familiar, there has been a lot of change in the seven months since Ozzie left Home Park, most notably the redevelopment of the main grandstand.

“A lot has happened since I’ve been away, I’ve got a lost a few times trying to find the media room,” he said. “It’s nice to see things are coming up with the new stand, which will make the stadium look even nicer.

“Once it’s finished, it’s going to be really nice to see. I know it’s been talked about for a long time and, now that it’s finally being done, we can start another project.”