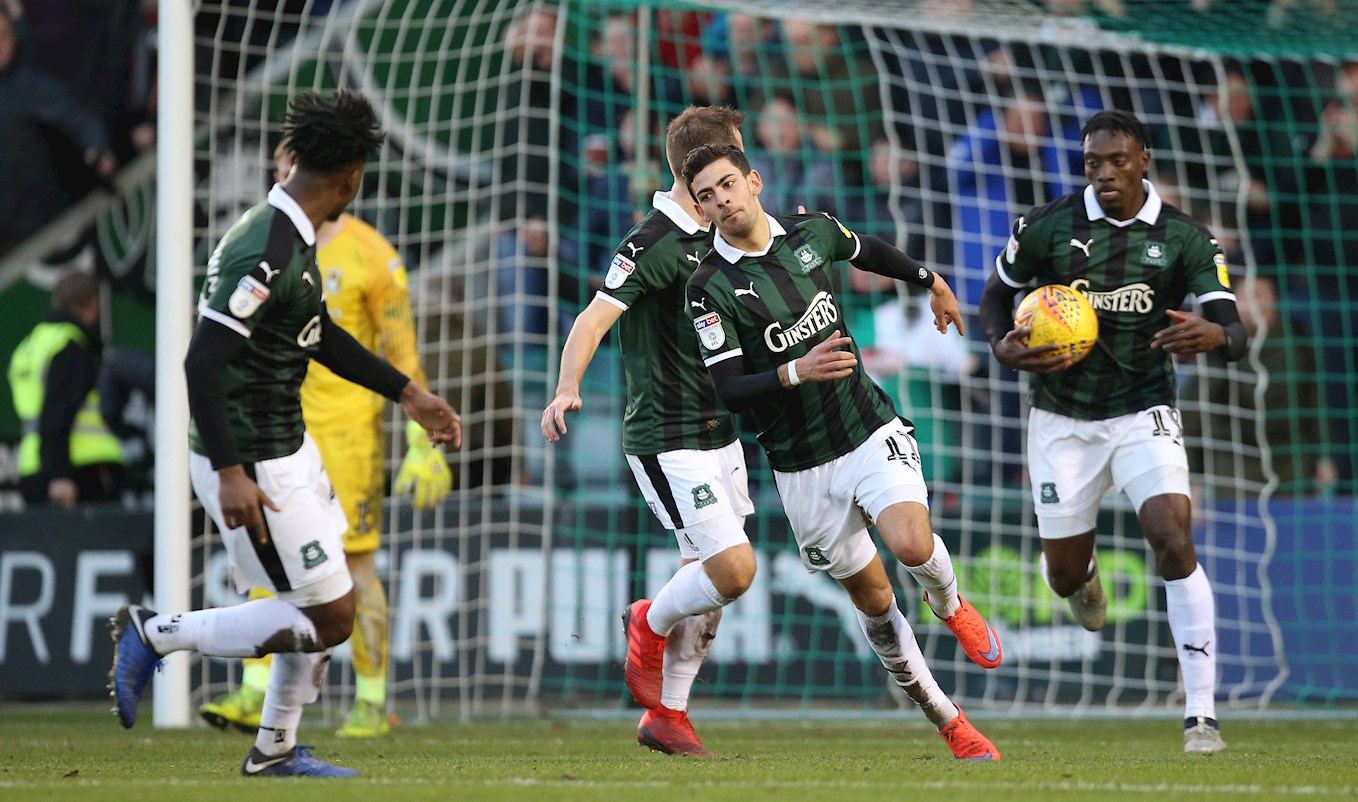 Feet on the Ground

A 2-1 VICTORY over Coventry at Home Park on Saturday ensured Argyle won three consecutive games for the first time this season. While the signs are encouraging, the Greens are keeping themselves grounded, according to two-goal hero Ruben Lameiras.

The focus is now on preparations for the meeting with Walsall at Home Park on Tuesday evening in Sky Bet League One.

“We’re not getting carried away,” said Ruben. "We’ll come in tomorrow [Sunday, for training] – this game is gone now. We need to address Walsall now and have a game plan, make sure we’re professional about it and keep our feet on the ground, which is what we’ve done this month, and take the game as it comes. We want to do our talking on the pitch and the points will come.”

Having started 2019 near the foot of Sky Bet League One, three consecutive wins have lifted Argyle to within touching distance of the mid-table mix. Ruben attributes this, in part, to the power of resilience, which the Greens exhibited in abundance after falling behind to Conor Chaplin’s second-half free-kick.

“It was a kick in the teeth, the goal, but we knew that there was a lot of football to be played,” said Ruben. “We felt that as long as we stayed on the front foot and got the crowd behind us we could score goals, which is what we are doing.

“The main thing we’ve showed is that we were resilient. As long as we stay in the game, we’re still in it. At half-time, we knew we had to make minor adjustments, and we came into the second-half flying.”

Another factor in Argyle’s recent resurgence is Ruben’s goalscoring form, and he added two well-taken strikes on Saturday to take his tally to 10 for the season. What, in his own mind, then, is the reason behind his goalscoring streak?

“I just try to always be on the move, which is harder to mark,” he said. “The left-back was on me the whole game, so I had to move a little bit. When I’m in and around the area, I try to pick my pockets and find space to have a shot.

“Teams come here with a game plan. They look at us and try to find a way to stop us. I like playing a little bit off the cuff a little bit which is more reactive, so we’re hard to stop – which is what me, [Graham] Carey and [Antoni] Sarcevic do. When you’ve got Freddie [Ladapo] up top, who is strong as anything, can run and finish as well, we’re likely to give any team problems on any given day.”