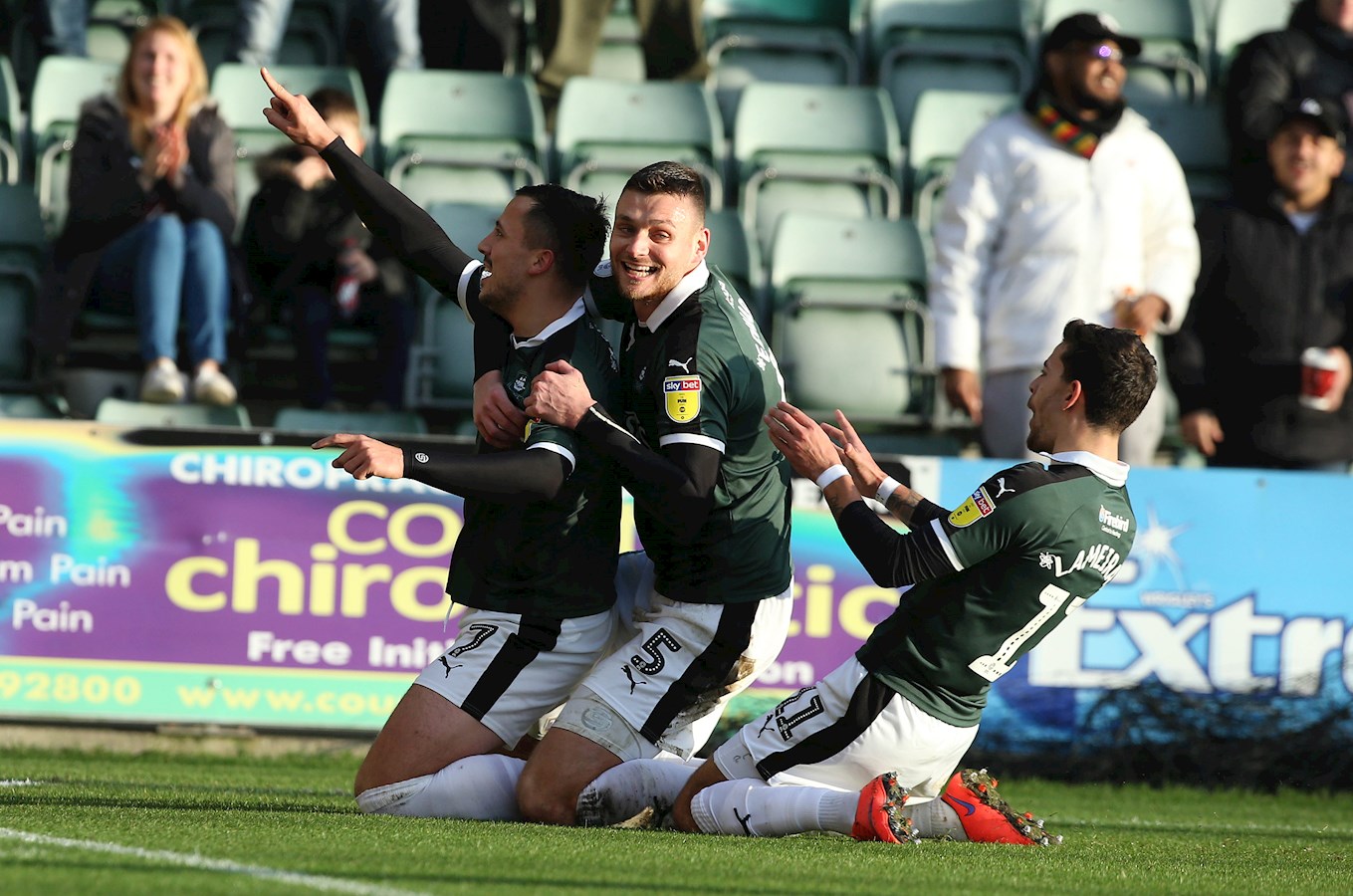 Good Start to the New Year

THREE massive points on New Year’s Day moved Argyle off the bottom of Sky Bet League One and closed the gap on the teams just outside the relegation zone.

Oxford are one of those sides and were put to the sword by goals from Antoni Sarcevic and a Ruben Lameiras double, but just as important was a clean sheet at the other end.

Ryan Edwards was part of that defensive unit and, like everyone else, delighted to eradicate the individual errors that have plagued the Pilgrims over the first half of the campaign.

“We could have been eight points from safety or closed the gap, which we did convincingly, so a good start to the New Year,” said Eddy.

“Each individual player certainly knew the importance of it. All you have to do is look at the table and see the margins. There are a good few teams still above the relegation zone, who are not far from us.

“It gives us an extra platform to build on to catch other teams, not just Oxford, but Gillingham, Rochdale and teams like us. We’ve set the standard for the New Year and we have to keep it going.

“We definitely should have taken something from Wimbledon [on Boxing Day] but other games as well. I wouldn’t say we’ve played awful but we’ve gone one down to a mistake, we’ve all made them this year, myself included. We’ve had poor errors lead to goals and that puts you on the back-foot straightaway.

“It isn’t nice to be chasing a game, especially at home in front of this passionate crowd. The crowd start turning a bit, and rightly so. They’ve paid their money to watch and when grief gets given, we’ve got to take it on the chin and come back. We’re playing catch up now and have to take as many points as we can.

“I’m the first to say I’ve made errors myself and held my hands up. I haven’t started the season well individually, and as a team, but I know I’ll turn it around and I know how I can perform.

“Nobody wants to make mistakes, everyone here wants to play well and drive Plymouth up the table.”