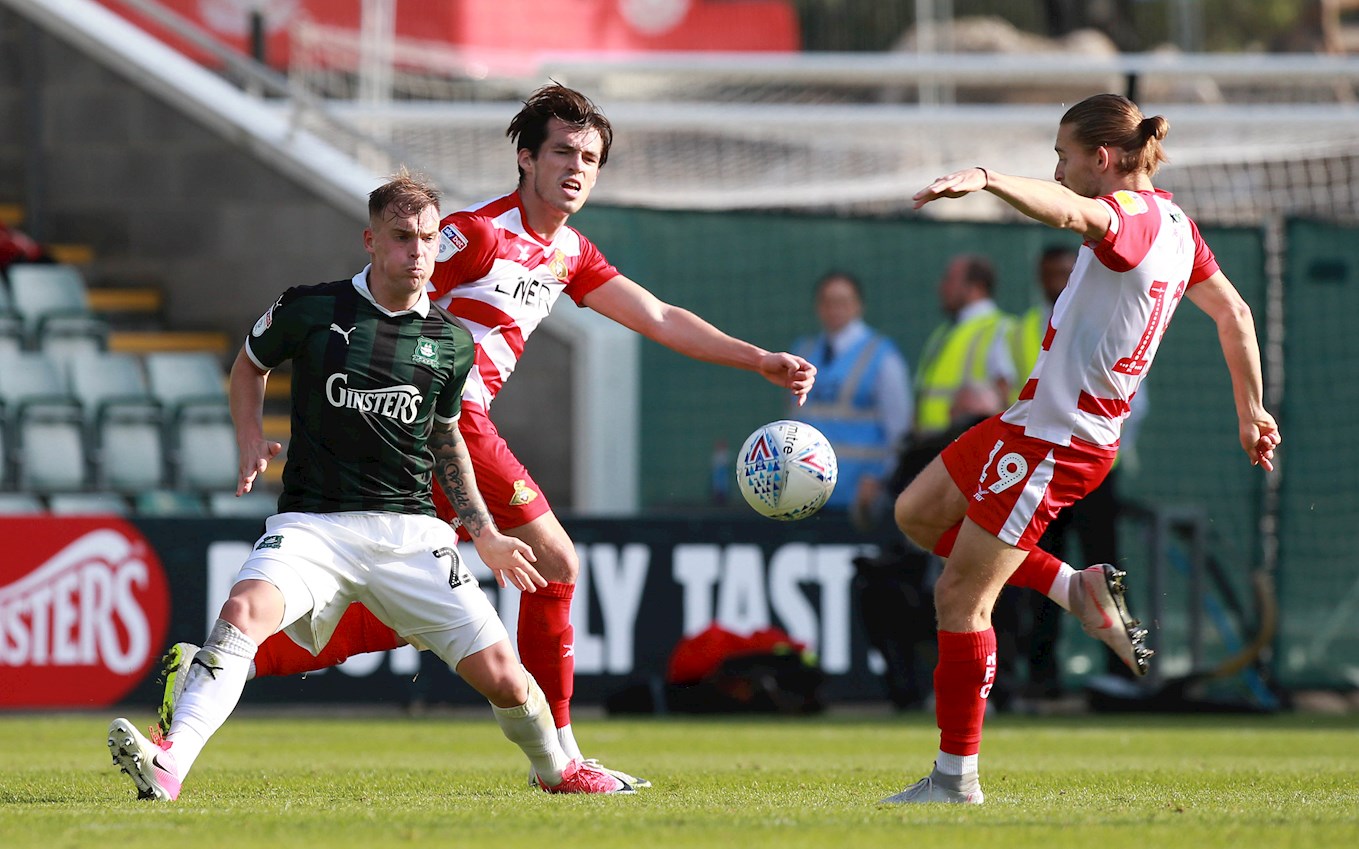 The 27-year-old Scottish winger made 75 appearances in two and a half years at Home Park, scoring eight goals, including the very first one Derek Adams’ management spell at Wimbledon in August 2015.

The Kirkintilloch-born player played in all but three of the Pilgrims’ 54 matches in that 2015-16 Sky Bet League Two campaign and turned down the offer of a new contract after the Wembley play-off final to sign for Millwall.

He made just 10 appearances for the Lions in 2016-17 before moving on loan to Northampton Town, and played 12 times for the Cobblers preceding surgery on a groin injury.

His Millwall contract was terminated by mutual consent a year after he signed for them and he rejoined the Pilgrims in the summer of 2017.

He has since been restricted to seven starts in all competitions – including a stint as emergency left-back earlier this season – and another 17 appearances from the substitutes’ bench.

He also went out on loan last season, to League Two Morecambe, for who he made 13 appearances in helping them avoid relegation from the EFL.

He now leaves after an agreement with the Pilgrims to end his contract with immediate effect.

All the best for the future, Gregg. Thanks for your Pilgrimage and for all the memories, not least of all that Dockyard Derby winner.