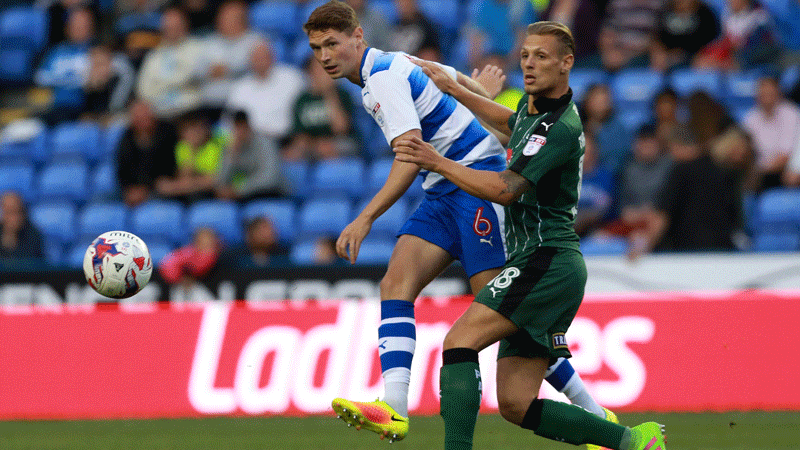 TO sign a player on four different occasions shows a faith and confidence in his ability to deliver when it matters most.

Argyle manager Derek Adams twice recruited Oscar Threlkeld on loan from Bolton Wanderers, then signed him permanently in the summer of 2016 and has now brought the popular midfielder back to Home Park from Belgian club Waasland-Beveren.

Ozzie will be hoping to make his fourth Argyle debut in the Sky Bet League One trip to Southend on Saturday and he gave an insight into the positive relationship he enjoys with the Pilgrim boss.

“We have a connection, he knows what I can do and I know what training he does, and what his regime is throughout the week leading up to a game. It’s the fourth time now and I want to keep doing well for him, for the fans and for the club. It’s an honour to come back.

“I’m taking it day by day. If I get in the squad on Saturday, then happy days, and If I get on the pitch, happy days. I was aching yesterday because we played 11 v 11 for 30 minutes each way, so very much game-related, but I’m ready. I need to wake my body up and, once I get a game out of the way, I’ll be fine.”

The first priority for Ozzie, Derek and the squad is to pick up the points needed to help Argyle pull away from the relegation zone, but the new loan signing is confident there is enough quality in this squad to do the job.

“We’ve got boys here from last season and I’m sure the new players have been in similar situations with previous clubs,” said Ozzie. “We’ve got enough talent and experience in the squad.

“There are only a few lads I don’t know and I know Joe Riley from Bolton Wanderers. There are some dressing rooms where it can be difficult but, on my first day, the lads were saying it was like I hadn’t left, like I’d just been injured.”