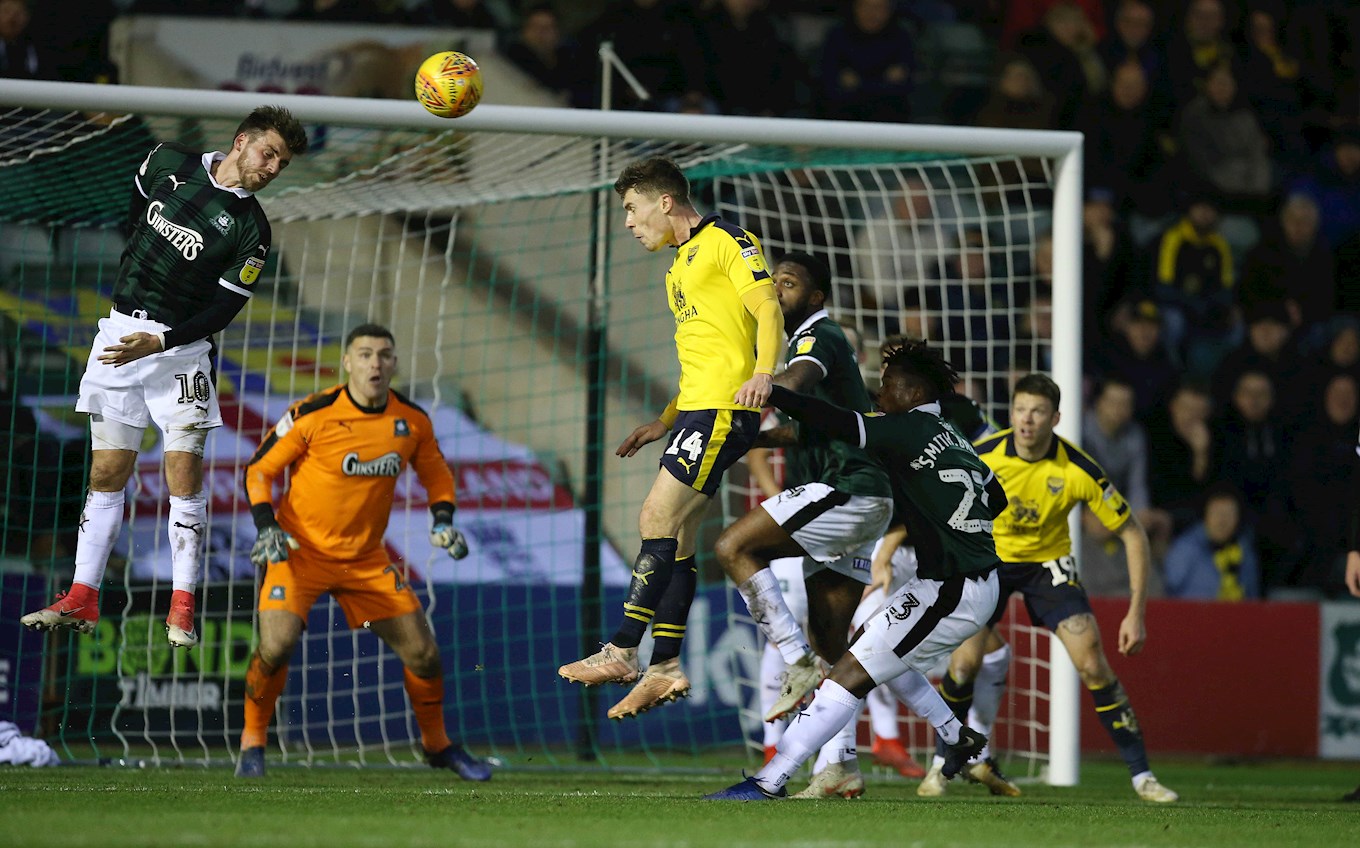 MOST of the post-match post mortem regarding Argyle’s scintillating start to 2019 centred – rightly – on Ruben Lameiras’s pair of goals in the 3-0 home Sky Bet League One win over Oxford United.

However, Pilgrims’ manager Derek Adams was not alone in lauding the performance of a defence which kept only the second home league clean sheet of the campaign.

Three of the back four against the U’s – Ryan Edwards, Niall Canavan and captain Gary Sawyer – have suffered serious injury or illness setbacks this season, but, together with Ash Smith-Brown, filling in at right-back after playing most of the season on the opposite flank, and goalkeeper Kyle Letheren, they shut out an attack that had previously scored four goals against them this season.

Three of those goals involved former Argyle forward Jamie Mackie, but he, like his team-mates, had no New Year’s Day joy.

Derek Adams said: “Because we got a clean sheet, it is one of the best performances, but we knew that, when we were going to get a settled team and back four, we had the capabilities of doing that.

“Ryan and Canavan did well against Mackie. Mackie can be a real annoyance to a lot of players because he backs in; he faces them when they go in for headers; he fouls. They dealt well with his threat. That was important.

“Ash Smith-Brown, playing at right-back, you just can’t tell what foot he is. He defended well, and Gary Sawyer; and Kyle Letheren comes in and gets a clean sheet.

“[Smith-Brown] has played a lot of games for us this year and he can get forward. When he plays in that right-back area, nobody will go inside him because he’s quite comfortable on his left foot, and he’s quick when he goes down the right-hand side.