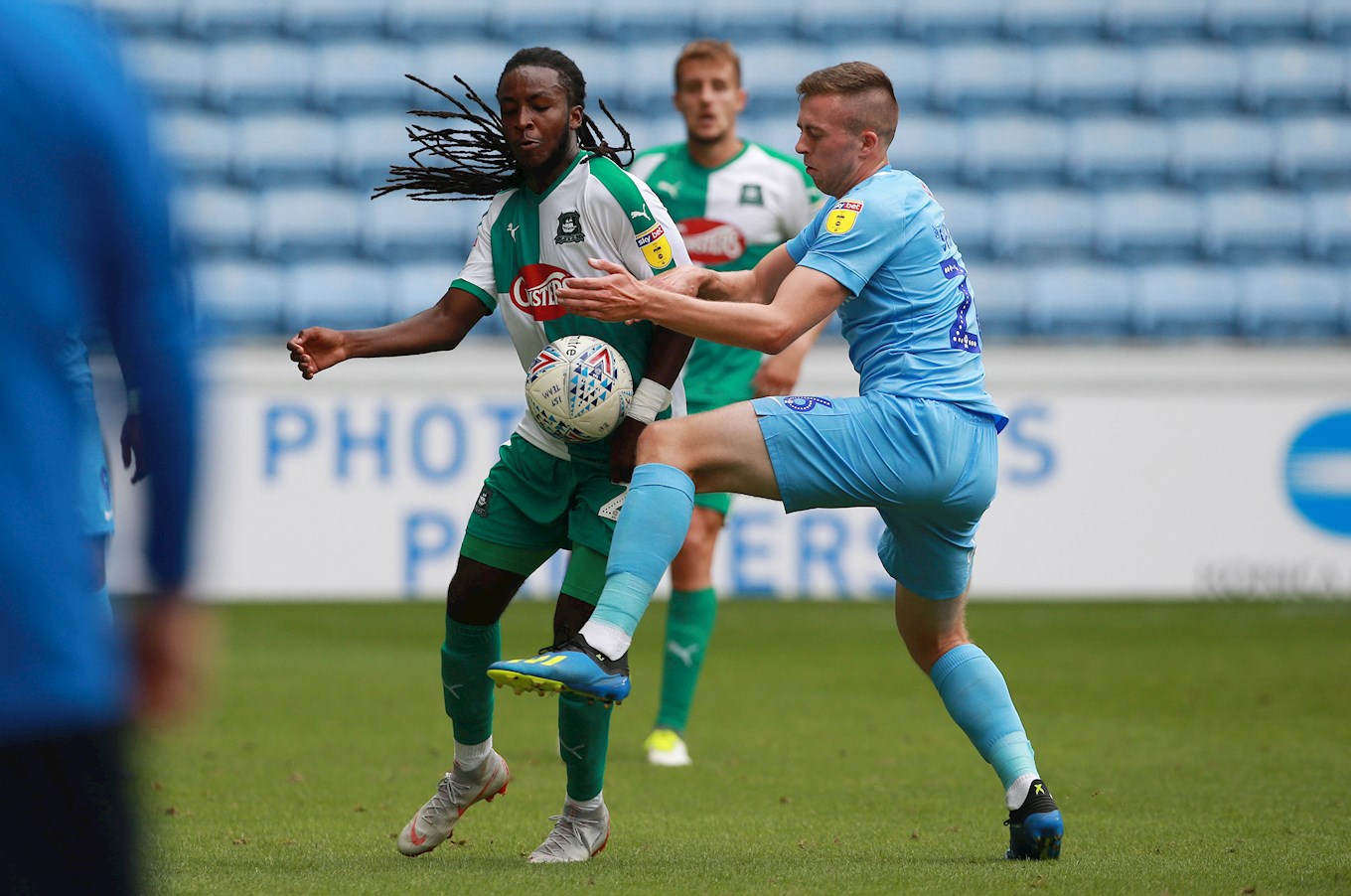 ARGYLE have opened 2019 with impressive victories over the Uniteds of Oxford and Southend, but the New Year story has been slightly patchier for Coventry City.

The Sky Blues visit Home Park today in Sky Bet League and will be hoping to reproduce the form they showed on January 1, winning 2-0 at Wycombe. This result was followed by a 2-1 loss at Scunthorpe and a 1-1 draw with Wimbledon last weekend.

City boss Mark Robins represented 13 clubs in his playing career as a lethal striker, including both sides of the Manchester divide, plus spells in Denmark, Spain and Greece. The most prolific of those (although short lived) came at Copenhagen in the Danish top flight, where he scored four times in six games in 1996.

In management, he is in his second spell with Coventry, having previously taken charge in 2012, leaving the following year to join Huddersfield. He then spent two years at Scunthorpe, before leaving Glanford Park to re-take the reigns at Coventry.

This season, Coventry’s away form has been particularly impressive, racking up 17 points on their travels, which has helped propel them to eighth place and eight points away from a Play-Off spot. Peterborough currently occupy sixth position on 47 points.

Stats taken over the last eight games show that our visitors have amassed 10 points (three wins and a draw), while Derek Adams’ Pilgrims have gone one better, picking up an extra point.

Conor Chaplin leads the way in terms of league goals for Coventry with six to his name. Jordi Hiwula and Johnson Clarke-Harris both have five. Defensively, Coventry are ninth in the league, having conceded 32 times all season.

The historical head-to-head between the two sides reads at 18 wins each and nine draws, dating back to our first ever meeting in 1926, which Argyle won 3-0. The last time we met at Home Park was in 2009 and ended in a 1-0 triumph for City, with Freddy Eastwood scoring the only goal.