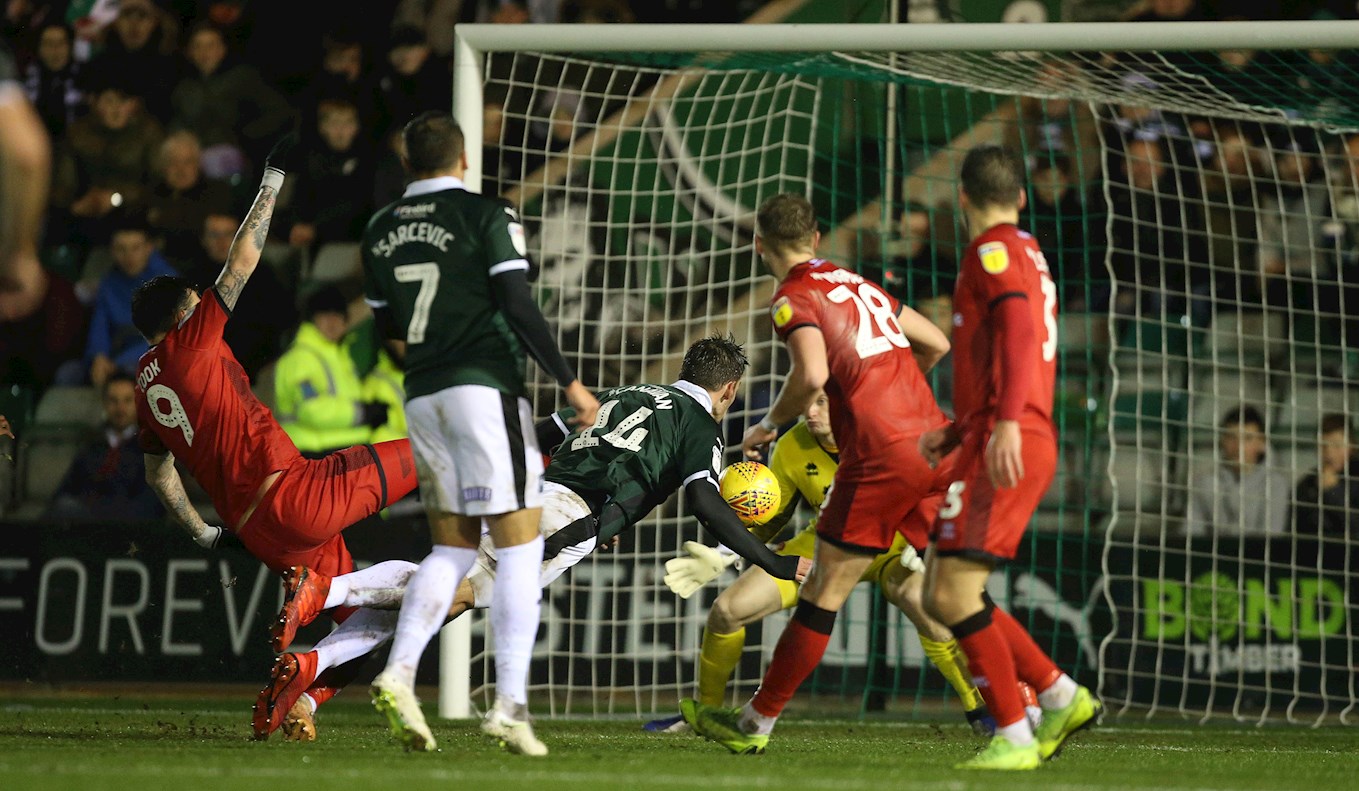 SCORING what turned out to be the winner against Walsall on Tuesday night ensured Niall Canavan maintained a fascinating scoring streak against the Saddlers.

The Pilgrims' centre-half, who also netted for the Greens against his former club Scunthorpe earlier in the season, has now scored four times against Walsall, which equates to one-fifth of his total career goals.

“It’s strange how that happens,” said Canavan. “I was well aware, you tend to remember who you score a brace against. I scored two at their place once, and one at Glanford Park [while playing for Scunthorpe]. People have those teams, there are sometimes sides that you do well against or are likely to score against.”

Canavan’s stooping header in the second period came shortly after Ryan Edwards had given Argyle the lead and enough to secure three valuable points in Sky Bet League One, despite a late Walsall consolation from Andy Cook.

The conditions didn’t make it easy for the Pilgrims to play the flowing attacking football that has characterised their run so far in 2019, and, in the end, had to rely on set-piece finishes from their two centre-halves to secure their fourth straight league win.

“Given the size of us, we should be scoring a few,” said Canavan. “That takes Eddy to three, I think, and puts me on two. Usually about five is expected for a centre-half who is not bad in the air. Hopefully, they all come at important times.”

“G’s [Graham Carey] put a great ball in to be fair, no-one tracked me and I’ve just sort of thrown myself towards it trying to get the slightest of touches because the ‘keeper had already set himself. I managed to get just enough on it to guide it in.

“It’s all down to the delivery and we’ve got to put ourselves in the positions and when they come, stick them in.”

Niall’s goal put the Pilgrims 2-0 up, but the defence had to hold firm in the closing stages after Andy Cook reduced Walsall’s arrears inside the final ten minutes. Canavan, though, felt the Pilgrims were good value for their win.

“It was an enjoyable game,” he said. “The weather was not the greatest but usually it makes for a good test out there. I thought the boys were good all night and we thoroughly deserved the win.

“We’ve got a good mentality about the group at the minute and we’ve been grinding out the results as we need them, long may that continue.”