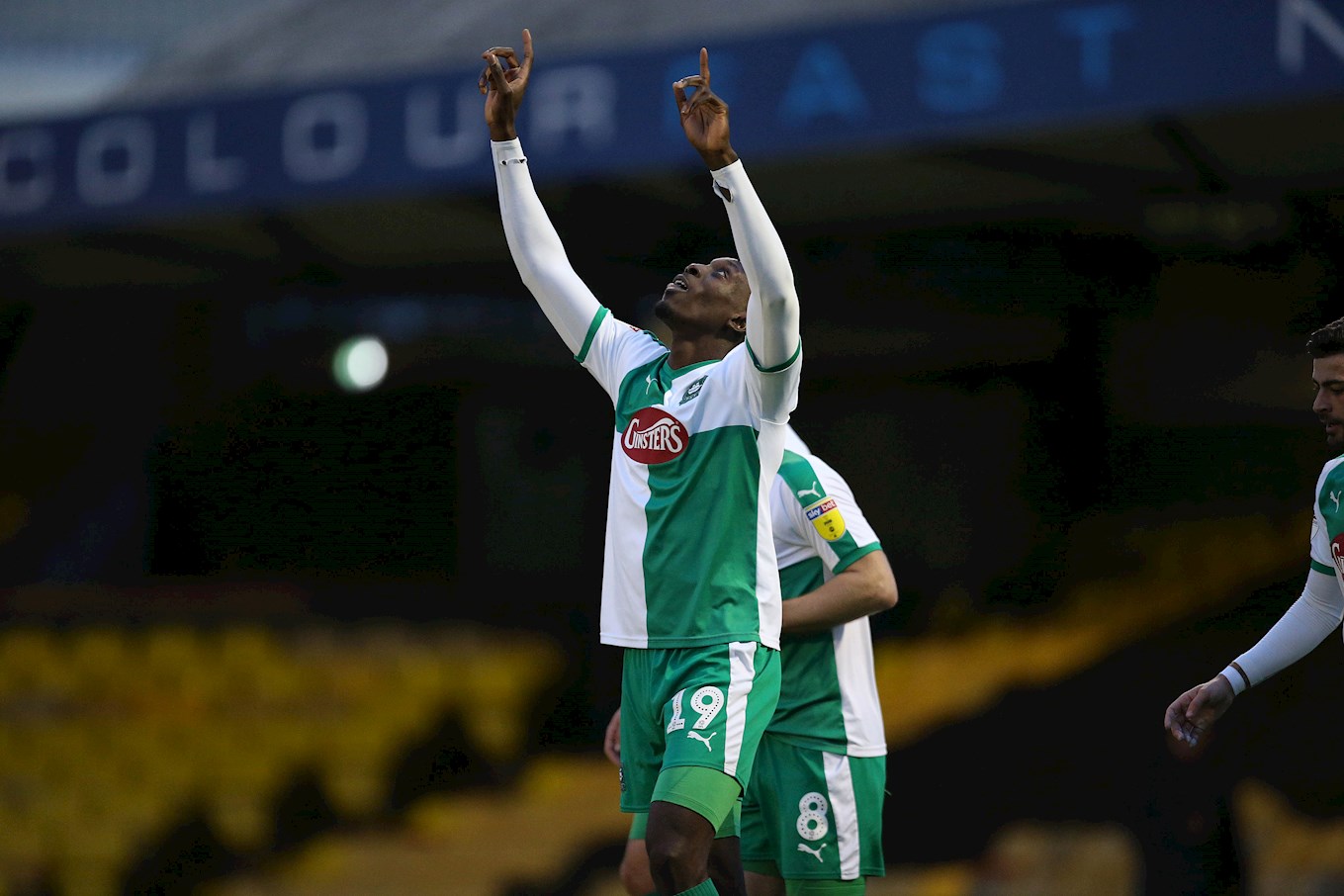 NO-ONE was more pleased than Argyle manager Derek Adams that Freddie Ladapo scored on his return to Roots Hall.

Six months after a barren ten-game spell with Southend, Freddie netted Argyle’s second in their 3-2 Sky Bet League One victory, with Antoni Sarcevic and Ruben Lameiras also on target.

It took his total for the campaign to an unlucky-for-some 13, and Derek said: “It shows what Southend are missing.

“I have been able to get him working to a system of play which enables him to do well.”

Freddie had opportunities at the beginning and end of the first half to add even more to his impressive tally, and he thoroughly deserved his ovation when he was substituted late on.

Derek said: “He has done exceptionally well for us this year: he’s led the line well; he’s run in behind. He probably could have had a hat-trick.

“I am delighted. I took him off after 88 minutes because it gives him the opportunity to get the adulation of our away supporters.”