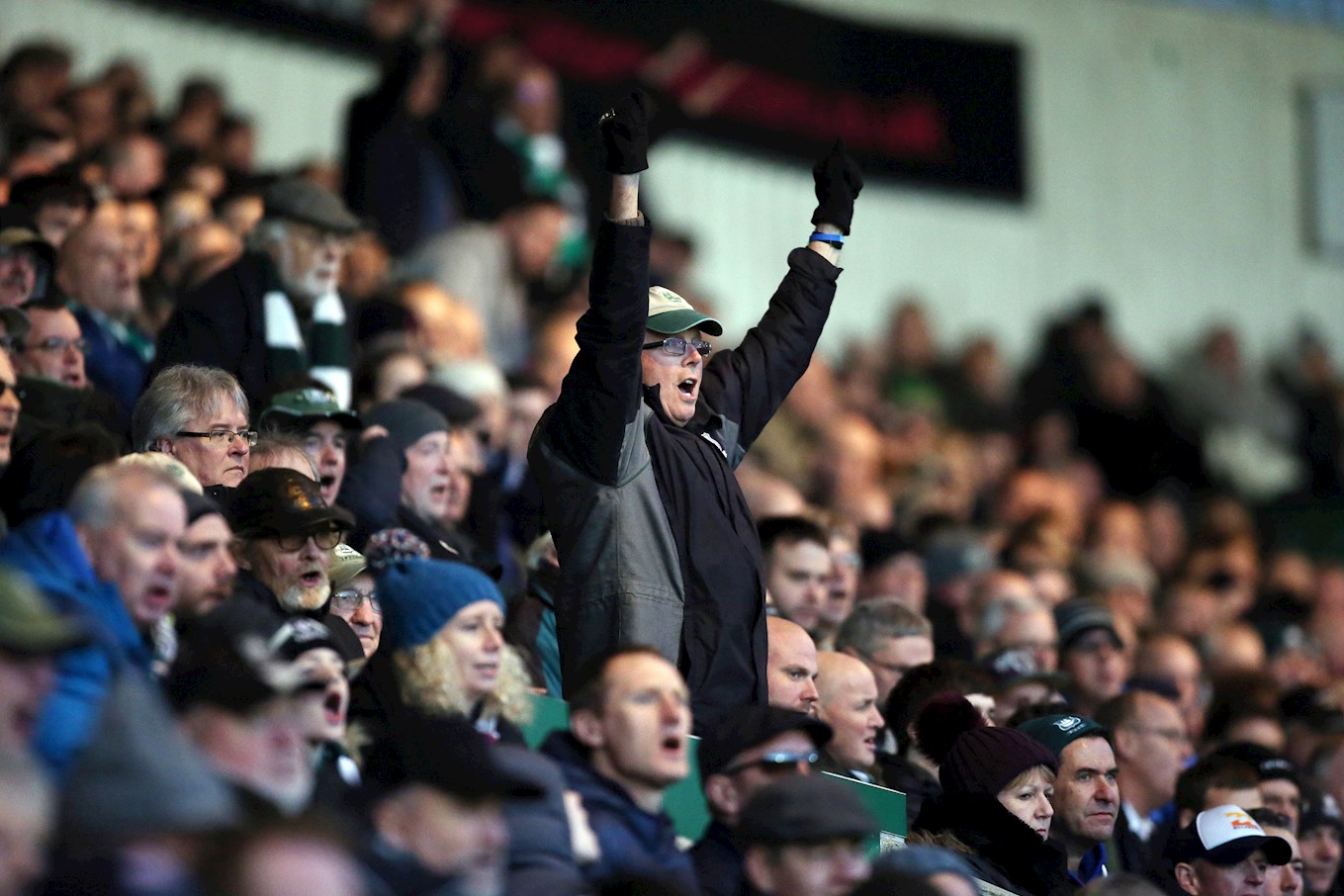 AFTER a slow start to their 2018-2019 Sky Bet League One campaign, Argyle manager Derek Adams believes his team are primed and ready to make up for lost time.

“We’ve won three games on the trot, now. We’re delighted about the progress we’re making and we’ve got another game on Tuesday night, when only four teams play, so we know how it important it is to keep that going,” said Derek.

“There’s only four teams playing, that gives us a very good opportunity of going above a number of teams. It’s a home game and that’s what we’re going to try and do.”

Although Argyle, who still have a 100% record in the calendar year of 2019 and go into tonight’s game full of confidence, Derek knows that Walsall will provide a stern test at Home Park following their impressive weekend win.

Walsall came from behind to defeat Argyle 2-1 on the opening day of the season. The first goal-scorer for the hosts that day, Andy Cook, will be arriving at Home Park extremely confident after bagging a hat-trick at Priestfields a few days ago.

“A terrific win away to Gillingham, to go there and win 3-0, it’s a difficult venue to go to,” said Derek. “Before that, they hadn’t won in seven games. From our point of view, we’ve got to continue the form that we’ve shown, take the chances when they come along and defend well.”

“Cook’s scored a hat-trick during the week, so he’s done well for them this year. He’s one that we’ll have to look at. They’ve also got a bit of direct play and good set-pieces, but they’ve obviously got to look at us, and the threat that we have going forward that we’ve shown in recent weeks.

“He [Cook] is an important player for them, he’s scored 10 goals in the league and that’s obviously something to look out for, but I’m sure that they’re looking at [Antoni] Sarcevic, [Freddie] Ladapo, [Graham] Carey and [Ruben] Lameiras in the same way.”

The Pilgrims’ manager is keen to see his side continue to improve at the rate they’ve shown in recent weeks to propel the club out of the relegation places. Once League One safety is assured, the team can then focus on finishing as high up the table as possible.

“We always look at that at the start of the season [achieving survival], to try and get there as quick as you possibly can,” said Derek. “It leaves you the opportunity to push on in the season and try and finish in as high a position as you possibly can. All teams will be doing that at this moment in time and we’re no different.

“There’s a good number of teams that are slightly ahead of us in the league now. It’s going to be very tight and we want to try and keep on moving forward and catch those teams.”