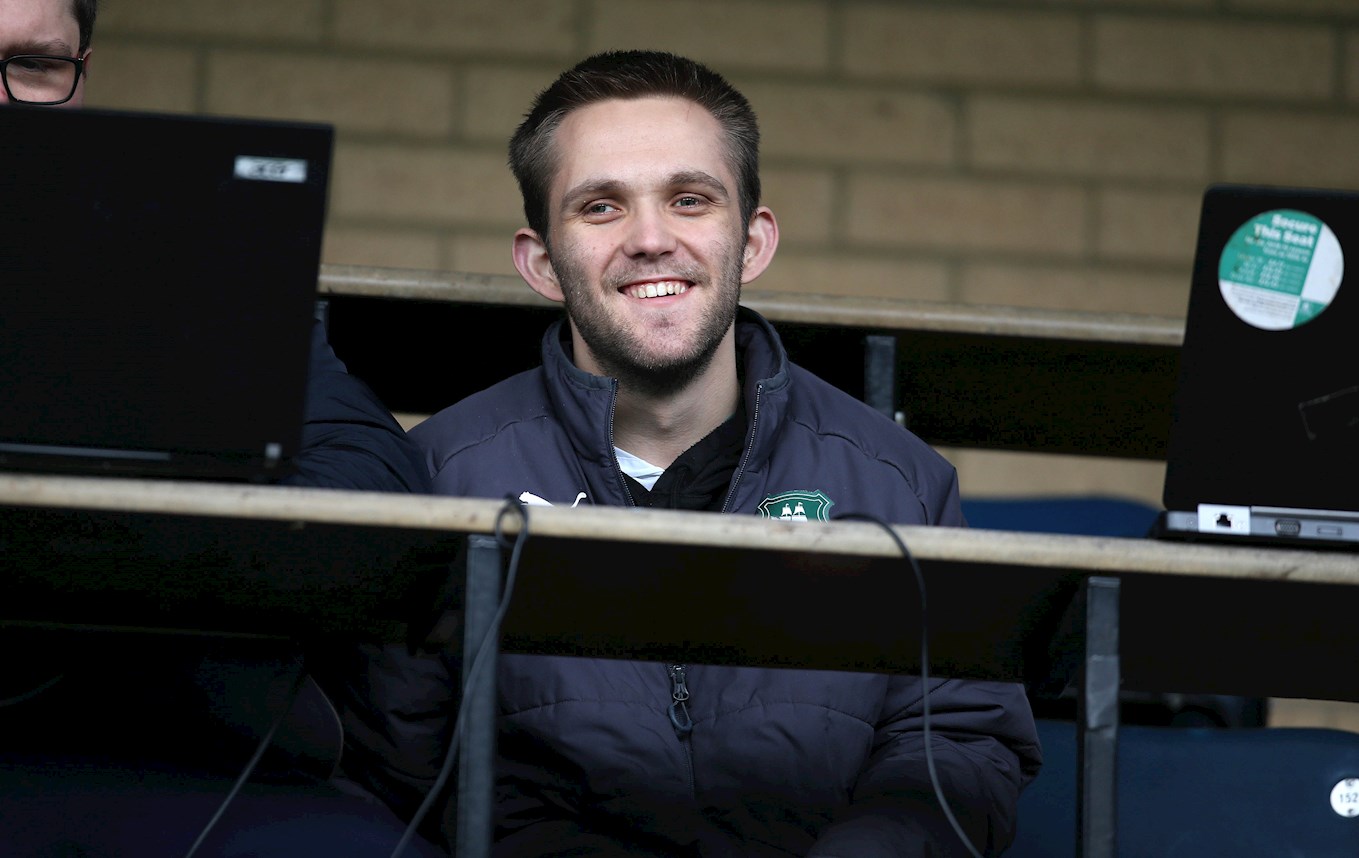 DESPITE having written on professional football in Scotland, wheelchair-using journalist NINO ROBERTSON had never witnessed a game from an official Press box until, as part of the Argyle media team, he travelled to Wycombe Wanderers.

This trip had been months in the making. My first away game was originally going to be the fixture closest to my birthday, at Oxford in October – when, as it transpired, we lost 2-0 – but logistics proved insurmountable.

So to last Saturday, when colleague Dan Cole and I were sampling Argyle on the road for the first time in a working capacity. While tucking into pork stroganoff laid on for us at Wycombe, we reflected at how we had each spent the three-and-a-half-hour journey in our respective cars – mine was littered with Popmaster quizzes hosted by Ken Bruce on Radio 2, to which I contributed almost zero.

Music quizzes to pass the time are all part of the Argyle away day experience, an essential part, when you consider the many miles travelled by those associated with the club.

I would like to place on record my thanks to the staff at Wycombe who helped organise my seat in the Adams Park Press area. I know that, in general, going anywhere with me and my wheels is not easy, whether it be the travel aspect or navigating the stairs to the box, so that was greatly appreciated.

Back to footballing matters – ultimately it was pain in the wind and rain for the travelling Green Army, as a 1-0 defeat to Wycombe Wanderers brought an end to our faultless start to 2019.

Four wins since the turn of the year had seen Derek Adams’ side climb away from relegation trouble and you would be hard pushed not to assume the Greens fancied a fifth. Ironically, the run was stopped at the managers “home” – Adams Park.

The footballing enthusiasts among us would file Saturday's Sky Bet League One encounter under the opposite of entertaining. The only goal of the game came midway through the first period and off the head of an Argyle player, Yann Songo’o the unfortunate party giving the hosts the lead

Argyle's brand of free-flowing attractive football which had been exhibited throughout January and had been too much for Oxford, Southend, Coventry and Walsall to cope with, was stifled by Wanderers. Stifled not so much by their play but more thanks to their stop-start approach to the game.

Argyle did not resemble themselves until Ruben Lameiras took a lick of paint off goalkeeper Ryan Allsop’s crossbar with five minutes of the first half remaining.

The Green Army were as vociferous as ever and cheered the boys on as they emerged for the second half.

I am by no means an expert on how the game should be played but I know how it should not be played. I was not overly enamoured by the way Wycombe play it: get the ball and hoof it forward to Adebayo Akinfenwa were their tactics on the pitch. In dead-ball situations, they took an age to restart the game.

The club physios were also intent on letting the clock tick down. After attending to an injury to the ’keeper, they walked ACROSS the park from the edge of the box to the near touchline as if on a leisurely Sunday stroll, as opposed to leaving the field at the nearest opportunity.

The Greens pushed toward the end for a leveller. Unfortunately, it was not to be. Derek Adams, in his address to the media, said: “We’re in an entertainment business.” The manager is absolutely right, and the conditions, coupled with gamesmanship from the Chairboys, meant it was difficult for the Pilgrims to settle into their usual rhythm.

With that, our run ended, the perfect January undone at the final hurdle, and, somewhat understandably, Ken Bruce’s dulcet tones did not have the same appeal as we headed back to Devon.

Overall, it was a great experience to be part of the travelling media, and I am grateful to all who made it possible.