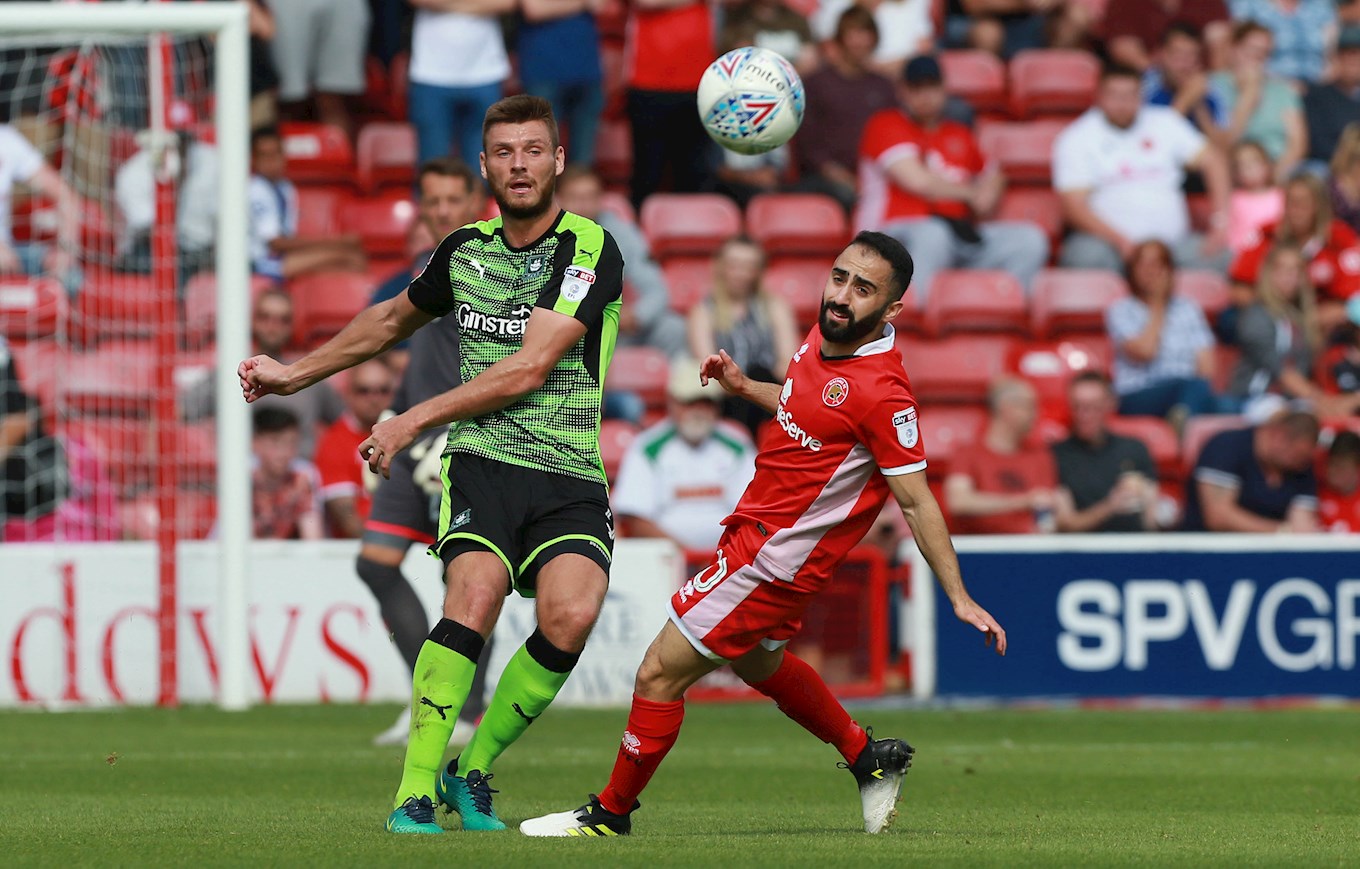 ARGYLE defender Ryan Edwards is now hoping to reap the benefits of a belated period of rest and recovery after possibly rushing back to a full football schedule a little too soon.

Eddy was diagnosed with testicular cancer a year ago and had to undergo a gruelling treatment regime, which could have an impact months after the actual process has been completed.

He was back to his best form in the New Year’s Day win over Oxford United at Home Park but refused to make any excuses for some tough games over the first half of the season, as it was down to a natural desire to get back playing football again.

“I went to hospital for checks and I was warned by the hospital that the chemotherapy could have an effect eight to ten months down the line,” said Eddy.

“I took no notice, put myself straight in the deep end to get back fit. I wouldn’t change that because I wanted to get back as quickly as possible, but I’ve paid the price.

“That’s no excuse to how I’ve performed at the start of the season because I think I was ready, it’s just looking back now and they said I could have overdone it.

“I wouldn’t change it because I want to play football. It’s out of the way now, it’s 2019, a New Year to play. I put it down to focussing on the job and I feel better now.

“The hospital overruled everyone, the club’s decision or my decision, and nothing I could do. I had to rest, recharge and feel better now.”