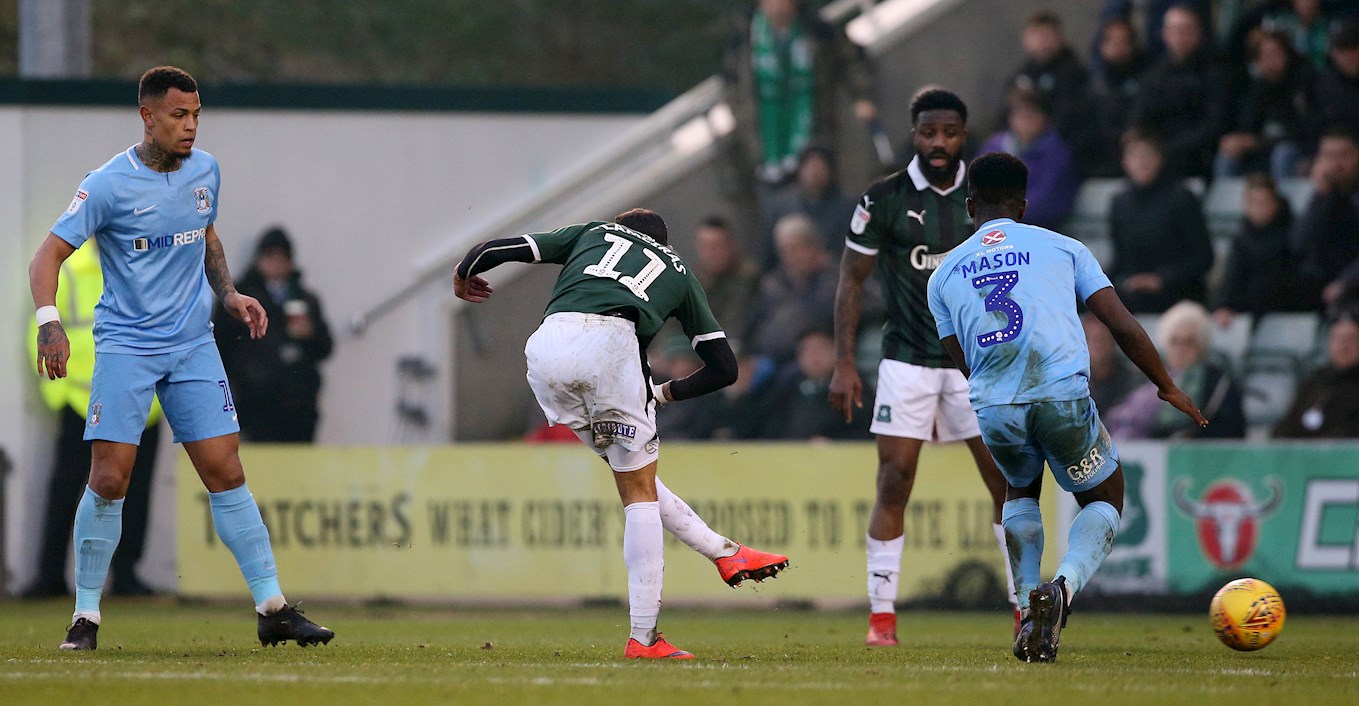 THE last time an Argyle player enjoyed as potent a goalscoring run as Ruben Lameiras currently finds himself on, the Portuguese forward had not even been born.

The playmaker’s match-winning double on Saturday placed Ruben on 10 Sky Bet League One and Emirates FA Cup strikes for the season, which is already the best goalscoring campaign of his career with another 18 games left to play, starting with Tuesday night’s Sky Bet League One visit of Walsall to Home Park.

We tasked the mysterious man known as ‘Statso’, a regular contributor to our award-winning match-day programme, with delving into the annals of Argyle history to chart our Portuguese Pilgrim’s progress against other scoring runs in the club’s history.

A man in red-hot form, six of Ruben’s goals have come in his last four games, a feat last matched by Argyle goalscoring great Tommy Tynan in November 1988. Although, unlike Lameiras’ run, that didn’t involve goals in each game.

The last time a Pilgrim scored in four consecutive EFL league games was the 2008-2009 season, when Paul Gallagher hit form while on-loan from Blackburn Rovers in the Championship.

However, the last time a player matched Ruben’s purple patch - scoring six, while striking in each of the four games - was December 1984. This feat was also achieved by none other than Tynan, who scored again in the following game to take his tally to seven in five.

If Lameiras is able to extend his goalscoring streak on Tuesday night against Walsall, he will join a list of Argyle legends in scoring for five consecutive games. Like Tynan, fellow Home Park heroes Billy Rafferty and Paul Mariner managed five-game scoring runs during their fabled careers at the club.

Rafferty’s best run came between November and December 1974, during our promotion season, while Mariner notched five-in-a-row in August and September of 1976, shortly before leaving Argyle to sign for Ipswich Town. Maurice Tadman also achieved this feat in 1950.

The all-time club record, though, belongs to Dave Thomas, and has stood for over 70 years. Thomas’ run of ten consecutive goalscoring games spanned three months of football in early 1947 – starting in a New Year’s Day defeat at Chesterfield and finishing with a goal in a 3-4 reversal at home to Tottenham Hotspur on March 29.

The run coincided with a club record run of 39 consecutive league games where Argyle scored a goal, which was spread over an eight-year period due to the interruption of the second world war. Argyle notched in every competitive league game between April 15, 1939, where they lost 2-1 against Swansea, and April 12, 1947, when Newcastle became the first side in 40 attempts to keep a clean sheet against the Pilgrims.

No pressure then, Rubes.